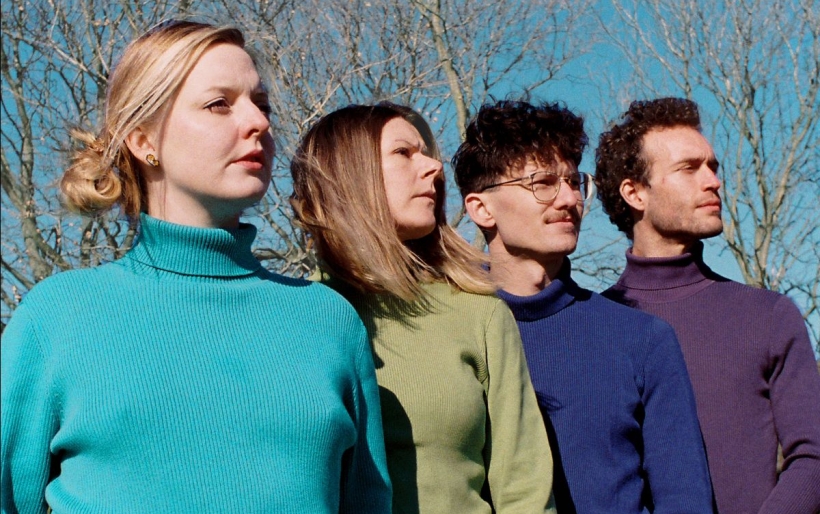 Grocer | photo by Emily Burtner | courtesy of the artist

The latest from Grocer is a trippy and somewhat unhinged jam in the spirit of psychedelic synthesists Guerrilla Toss and Animal Collective.

Philly indie rock four-piece Grocer is just a couple weeks away from the release of Numbers Game, their second full-length album, out May 6th on GrindSelect Records. For their latest pre-release single, “Calling Out,” the band delivers a trippy and somewhat unhinged jam in the spirit of psychedelic synthesists Guerrilla Toss and Animal Collective, singing very directly about taking a much-needed mental day from an exhausting job.

As songwriter and vocalist Danielle Lovier says in a press release:

“Calling Out’ came out of many frustrating years spent working in the restaurant industry and finally hitting my breaking point during the pandemic. We decided to produce a video ourselves that reflected that experience with the help of a few friends. It was very cathartic to run around Philly in these off-brand costumes lamenting the 9-5 grind.”

Indeed, the colorful video, directed by the band’s Nicholas Rahn, finds the members of Grocer in dressed up giant animal mascot costumes, rocking out on Belmont Plateau in West Philly instead of their grueling gigs —  including plumbing, working as a server, or twirling a CBD sales sign on a street corner.

Watch the video below, and catch Grocer’s hometown album release party on Thursday, May 5th at Johnny Brenda’s with Tangled Up and Bleary Eyed. Tickets and more information can be found at our Concerts and Events page. Pre-order Numbers Gamehere.