You’ve Got to Walk Away to Come Back: A conversation with Kurt Vile - WXPN | Vinyl At Heart 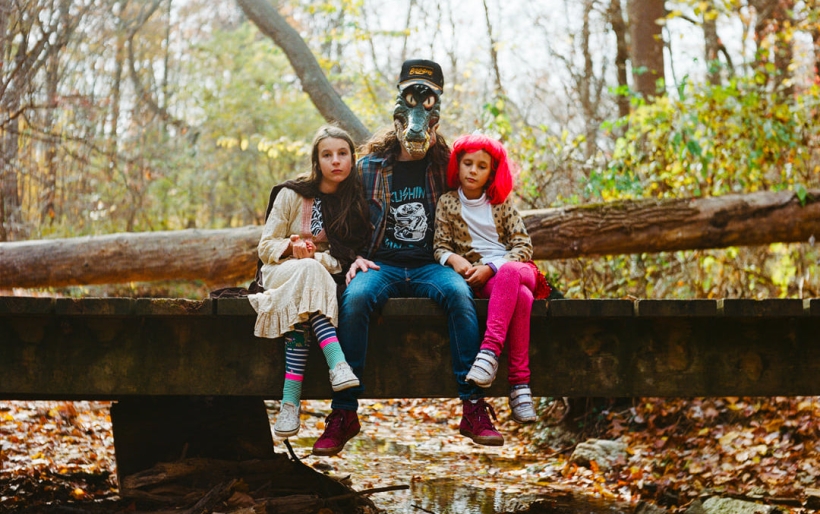 You’ve Got to Walk Away to Come Back: A conversation with Kurt Vile

Staying put for a couple years in his Mount Airy home had a huge impact on Kurt Vile, as well as the creative process behind his major label debut (watch my moves).

“I’ve been around, but now I’m gone” goes the refrain of “Mount Airy Hill (Way Gone)”, a standout single from Kurt Vile’s brand new record (watch my moves). And it’s true, he has been around. Since 2008’s breakout LP Constant Hitmaker Vile’s been churning out, well, if not hits in the Top 100 sense, then certainly what can be called hits in his own idiosyncratic corner of the music world. Seven records and dozens of tours later Vile is as comfortable and easy-going as any musician working today, his effortless delivery and virtuoso musicianship like a cool spring breeze, welcomed and reliable.

But when he says he’s gone, he means it. Gone home, gone to Mount Airy, gone from the constant touring schedule. At least, he was. When I talk to him he is just getting ready to return from a kind of welcomed hibernation, one that actually preceded, if only slightly, the pandemic that forced us all to get away for a while. Vile is set to head out on tour in support of (watch my moves), his first since 2019, which culminates in two nights at Union Transfer in June.

(watch my moves), more than any of his records, is a work of contentment, an already laid-back artist taking a deeper breath than he allowed himself to take in years. Much of this can be attributed to the last two years, which have seen Vile slow down in a way he hadn’t in some time. Early in his career, Vile would have trouble turning down any opportunity offered, something that led to a fair amount of burnout. Even before the pandemic hit, Vile knew he needed to step back and reevaluate. “It’s kind of funny in a dark humor way that once the pandemic hit it was perfect timing,” he tells me over the phone. “I feel like there were enough things in the atmosphere to make it apparent that I might want to be at home anyway.”

Like many of us, Vile had to revamp his home office to make this work-at-home situation a little more practical. But instead of a new desk and updated zoom backdrop, Vile needed to finally finish his home studio setup. “It’s almost like a carpenter having a place to work on his stuff in his basement,” he says of finding a way to bring a professional studio environment into the comforts of his own home in Mount Airy. “I wanted some kind of accumulated version of my own zone, my own office, where I can feel completely at ease.”  And so, with assistance from longtime collaborator Rob Schapf, “OKV Central” was born, a homebase Vile compares to Hillbilly Central, where outlaw country icon Waylon Jennings once called home. The influence of the studio is all over (watch my moves), of course, but Vile went even further in paying tribute to his new playpen with “Palace of OKV in Reverse”, a typically fuzzed out, elliptical song which imagines the construction of his brand new studio on rewind – “Palace of OKV in rеverse gets unbuilt, roots pullеd back down in the ground”.

More than just a workshop, though, OKV Central provides a way for Vile to spend more time at home, a place where he hasn’t felt settled over recent years. Touring schedules can be grueling and Vile cherished the moment he would arrive back at home, ready to spend time with his wife and two daughters (who are featured on (watch my moves) cover). He always imagined a time, someday, when things might settle down, allowing him to work within this comfortable environment. “I would get dreamy the last few years sitting down at my piano and thinking about making a record from here and feeling really good at home,” says Vile. “I feel like it has been a long time coming where time can stand still and I can find a place to work.”

Vile has never been one for grand overarching themes within his albums but if (watch my moves) can be said to be about anything, it’s finding pleasure in the mundane and beauty in the moment. “Write about what you see around you” sings Vile on “Chazzy Don’t Mind”, a directive he closely follows. Throughout the record we get little glimpses into the home life that shaped (watch my moves); children, flowers, singing tea pots, hikes through Wissahickon Valley Park, a stuffed toy leopard. You can imagine the way these lyrics must come, dripping like a faucet in Vile’s quietest moments. Vile says he’s never been one to hold a strict routine when it comes to songwriting, letting the record bounce around his head till the right things emerge. While some musicians will clock in every morning, he sees that as antithetical to the way he creates. “Everyday I would just wake up, have coffee or whatever and chill out for a while. I wouldn’t write unless it came to me,” he says. “In fact, that’s the opposite of the way I write songs. If I were to sit down and wait to write, like stare at a piece of paper and [tell myself] ‘now it’s time to write,’ I don’t think anything would ever come out.”

Vile’s new homebody nature didn’t stop him, however, from continuing his career-spanning tendency toward collaboration. Ever since he first partnered with Adam Granduciel of War On Drugs early in his career Vile has found inspiration in other musician’s brilliance. (watch my moves) features Welsh singer-songwriter Cate Le Bon, Warpaint’s Stella Mozgawa, and Chastity Belt’s Annie Truscott, but Vile seems particularly psyched about James Stewart’s contribution. Stewart, a long time saxophonist for the legendary Sun Ra Arkestra, pops up on the album’s first single “Like Exploding Stones”, a spaced-out jam up there with Vile’s best work.  “He blew my mind musically and visually,” Viles says of Stewart. “I love the way he looked when he played and sounded when I saw him a few years ago.” Which is why Vile wanted so badly to feature Stewart not only on the song but the video for “Like Exploding Stones” as well, which sees Stewart grooving on his Saxophone in a psychedelic roller skating rink. The way Vile sees it, collaboration is an extension of friendship, something he links inextricably with music. When he meets someone whose music he loves, why not invite them into the fold?

A notable highlight of the back half of (watch my moves) comes from Vile’s cover of “Wages Of Sin”, a deep Springsteen cut off Tracks, his massive 1998 box set of B-sides and unreleased songs. “Wages Of Sin” was a song Vile has loved for a longtime and one he messed around with as far back as 2007 but never officially released. It was after he turned Violator’s drummer Kyle Spence onto the song that it gained new life. “I was listening to a lot on the road. It was the heavy type of material I needed at the time, staying up way too late on the bus, exhausted in Europe,” says Vile. Initially the band treated “Wages Of Sin” as a kind of exercise, a way to get back into a groove in the studio, but Vile found something particularly unique that he couldn’t shake. “It has a lot of character. It stays true to the original but has a lot of the Violators in there and it takes it a little more to outer space,” says Vile, likening to an old country artist covering a song in a way that makes it theirs. “It was made for us, arrived in our laps, and so we decided this was the record it was going to be on.”

Vile shares a personal credo with me toward the end of our conversation. “You’ve got to walk away to come back.” It’s in part an explanation of his writing style, one that values listless wandering as much as rigid craftsmanship, but it also goes a long way in explaining (watch my moves). Vile’s career started right here in Philadelphia, writing and recording on his own, largely from the comfort of his own bedroom. The 2010’s saw Vile traveling the world, working with incredibly talented musicians and producers, and expanding his vast talent and yet, coming home was always the goal. “I have always been trying to get back here,” says Vile and with (watch my moves) he has.

Kurt Vile’s (watch my moves) is out now, and can be ordered here. He plays Union Transfer on Friday, June 3rd and Saturday, June 4th; Saturday night’s show with Sun Ra Arkestra opening is sold out, but tickets remain for Friday night’s show with Natural Information Society, more information can be found at the WXPN Concerts and Events page.