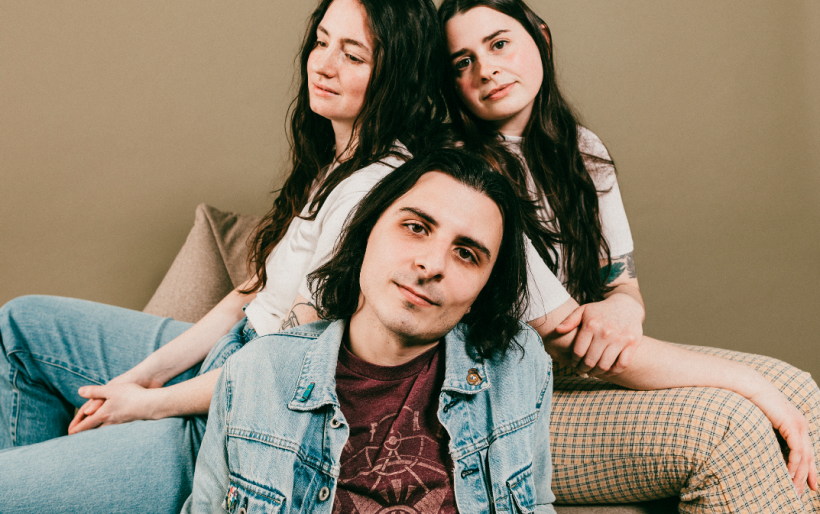 Indie three-piece Queen of Jeans returns with their first new music in three years: the title track for forthcoming EP Hiding In Place.

Philly’s Queen of Jeans is back with their first new music in over three years. The indie rock trio share the title track to their new EP Hiding In Place today, and announce the rest of the four-song album will be out on June 3rd via Memory Music.

“Hiding In Place” served as a coping strategy for vocalist Miriam Devora, who over the past few years, lost her long-standing job at a community-run movie theater due to COVID and grieved the passing of her mother in 2019. Devora’s new music is remarkably bright and upbeat, however. “It’s kind of hard with you not around / but I don’t wanna talk about it anymore,” she sings, declaring a new era in her life, one influenced by pop idols Doja Cat and Dua Lipa, whose music kept her feeling light in the toughest days of isolation. “I’ll be fine if I keep moving forward,” she repeats throughout the song.

The song’s music video echoes its feeling of loneliness, but in a positive light. The three band members turn bleak settings like a dimly lit school auditorium into a playground, enjoying each other’s company in relative isolation. Watch “Hiding In Place” directed by Bob Sweeney at the link below, and see Queen of Jeans at Johnny Brenda’s on Sunday, May 22nd with Weakened Friends and Harmony Woods; tickets and more details on the show can be found at our Concerts and Events page.