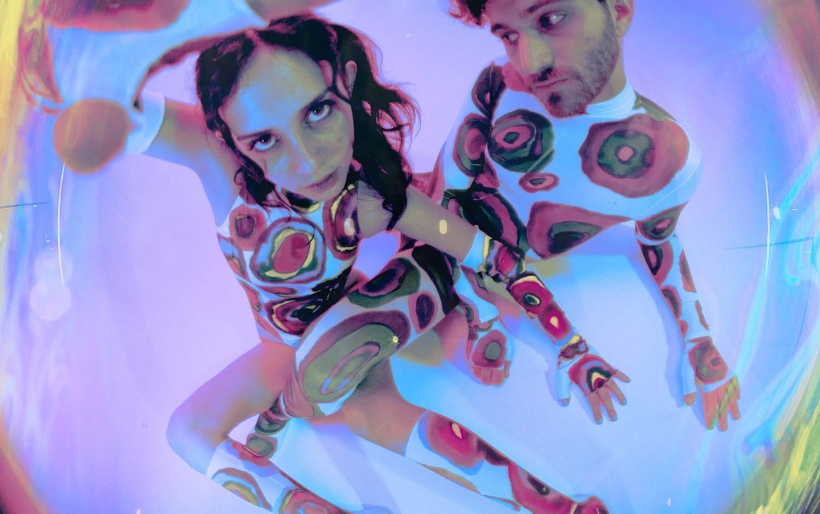 The duo makes dreamy electro-pop that nods in the direction of Charli XCX.

Mica Tenenbaum and Matthew Lewin met at Live! Modern School of Music in Miami and started playing together in a prog-rock band. Eventually, they started their own group, Magdalena Bay, making dreamy electro-pop that nods in the direction of Charli XCX.

Late last year, the duo released its debut album, Mercurial Word. In addition to the music, Tenenbaum and Lewin are also Internet personalities, running a TikTok and YouTube channel where they post clever, tongue-in-cheek viral videos with an ’80s VCR aesthetic. If you’ve ever endlessly scrolled on TikTok, there’s a chance you’ve seen their work, which often features social commentary scored by their music.

Enjoy this mini-concert with Magdalena Bay, starting with “Dawning of the Season.”