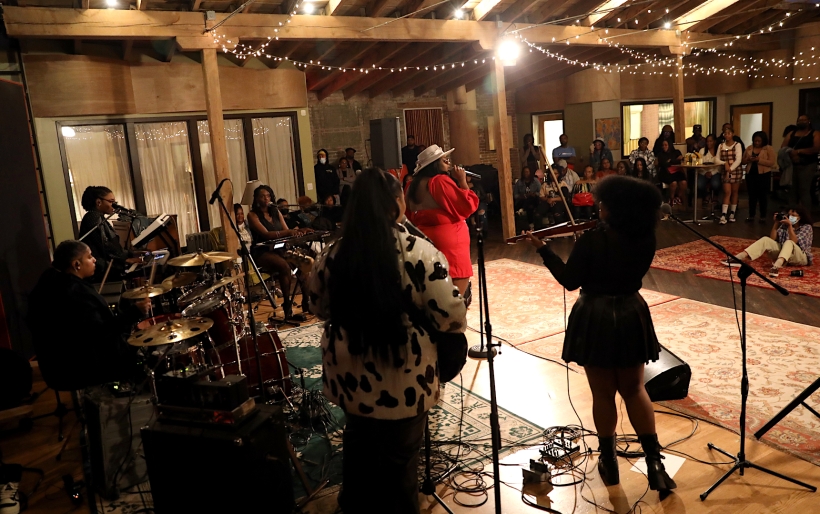 Covering the talent in the Philadelphia region, I’m able to meet a variety of artists; rappers, singers, DJs, bands, and more. What I haven’t met was an all-Black all-female band, that is until I came across the name Black Canvas. The first time I was introduced them was when I interviewed one of the members of the group, violinist Mollie Rose, during the Give Them Their Flowers series for Black History Month. The next time I saw their name was on a flyer for Mixed Bag, a jam session hoseted by the Funkitorium’s guitarist Zavetis in February, followed by a spot at the Bayou Jazz Lounge in March. I missed both shows, but the third time became a charm when I was able to attend their inaugural The Black Canvas Experience event this past Friday, and I must say the wait was indeed worth it after seeing bass player JamickaJohnson-Hector halé, drummer Jaz Pope, keyboard player Naomi Amina Woods and Mollie Rose come together to put on a hell of a show. 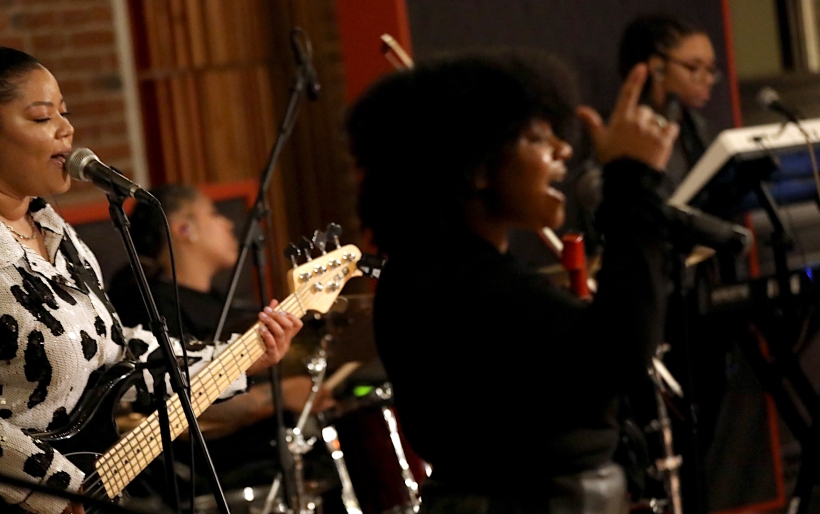 The show took place last Friday at Rittenhouse Soundworks, hosted by musician Sunny Dee. The event was made possible with a grant from the Black Music City program — a collab between WXPN, WRTI, and REC Philly — and according to Jamika, the band put it all together in three weeks. The goal for the night was to honor the music genre neo soul that started in Philly and inspired artists like Black Canvas while donating half of the proceeds to Women’s Community Revitalization Project. With the assistance of singers Halé B and Just Frenchie, Black Canvas created an experience that made their audience feel as if they were watching a picture of a woman’s work being painted with melodies, musical instruments, and soulful tunes, mixed with some brown sugar. 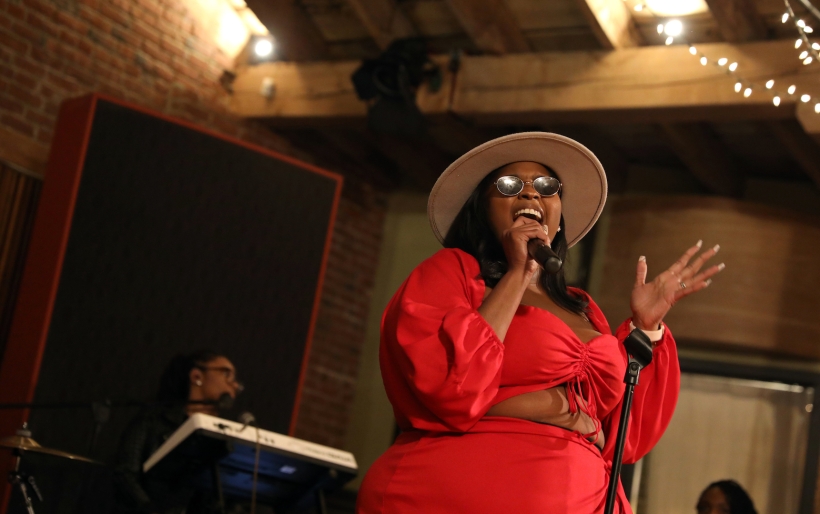 For the first half of the show Black Canvas performed with two local female artists, beginning with singer Halé B. The Dallas songbird showed was delicate and vulnerable in her performance of the classic “Sweet Love” by Anita Baker, as well as two original songs mixed with “Me, Myself and I” by Beyoncé.  Up next was none other than West Philly native Just Frenchie who showed the energetic charisma of a super woman during her set. She got the crowd engaged with original songs “Happy,” “Good Girl,” and “Self Love.” 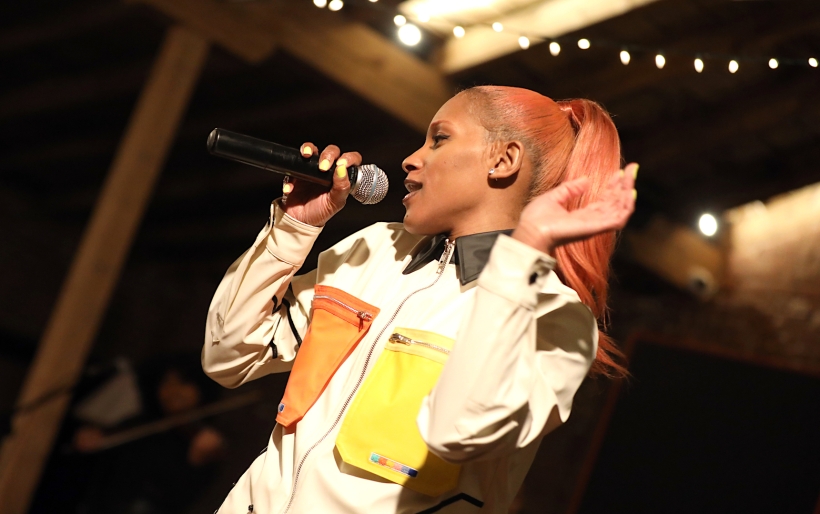 When I interviewed Mollie Rose, she talked about how the music genre neo soul had influence on her personally, and the performance that she and her bandmates put on showed it had a huge effect on them as well. These four talented women — plus second keyboardist J’Shanna Lewis — spent the last hour playing nothing but classic soulful tunes that were created in the city of Brotherly Love, honoring second and third generation soul singers such as Jazmine Sullivan, Bilal, Marsha Ambrosia, Musiq Soulchild, and what I believe to be the group’s favorite, Jill Scott. What surprised me was not how skilled they were as musicians — knowing Mollie, I knew this — but they were amazing singers too! They each took turns grabbing the crowd’s attention and ears by singing classics like “Need You Bad,” “Break You Off,” “Soul Sista,” “Say Yes,” “Love,” and “It’s Love.” The audience, including myself, enjoyed the show Black Canvas put together in under a month and I’m pretty sure that Philly is excited to see what Jamika, Jaz, Naomi and Mollie Rose have in store for the future.