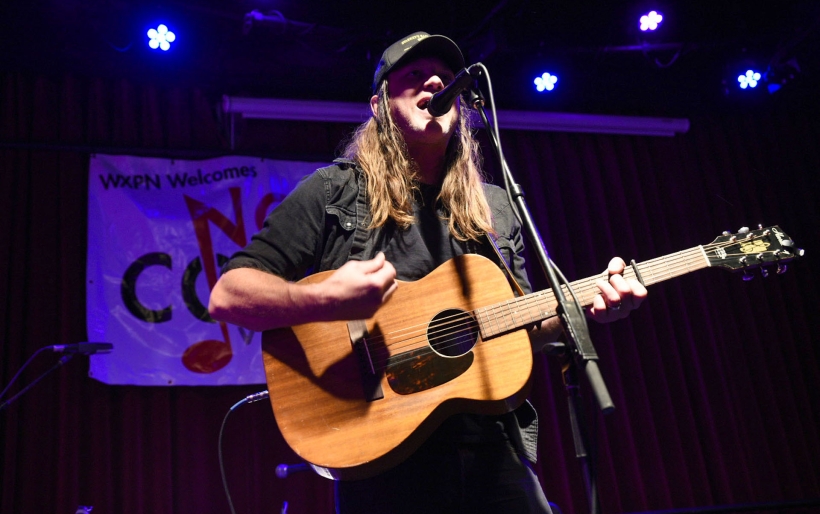 Heartfelt and bluesy with a hint of country flair, Ryan Culwell’s set of acoustic songs relied on vivid portraits of pastoral life sung with an earnest bravado.

Singer-songwriter Ryan Culwell might have appeared as one man with an acoustic guitar as he took the PRX Stage as part of night one of 2022’s NON-COMMvention but he quickly became the chatty, affable pilot for our flight across America’s heartland, taking us east to Nashville, south to Texas, and north to Colorado with a few surprising stops in between.

Culwell was born in Texas, a home to which he recently returned after a stint in Nashville, and his music very much bridges the gap between the two locals. Heartfelt and bluesy with a hint of country flair, his set of acoustic songs relied on vivid portraits of pastoral life sung with an earnest bravado. Culwell opened the set with “All I Got”, a single off his brand new album Run Like A Bull. Very much a declaration of purpose, the song ended on a howling taste of the set to come. “I give it everything I ever had, I ain’t holding nothing back,” howled Culwell. His set really got going, though, when he directed these gritty Americana stylings toward an unlikely source, covering the Ohio industrial-rockers Nine Inch Nails 1989 hit “Head Like A Hole”. Culwell finished the set with a song off his brand new album, Run Like A Bull, this time taking us north for a look at his “Colorado Blues,” a song of drifting loneliness and stubborn hope and a highlight of the set to be sure.

Run Like A Bull is out now, and Culwell’s tour continues next week in Texas; info on the album and shows can be found at his website.