G. Love celebrates the past and looks to the future in a formidable one-man show at #NONCOMM - WXPN 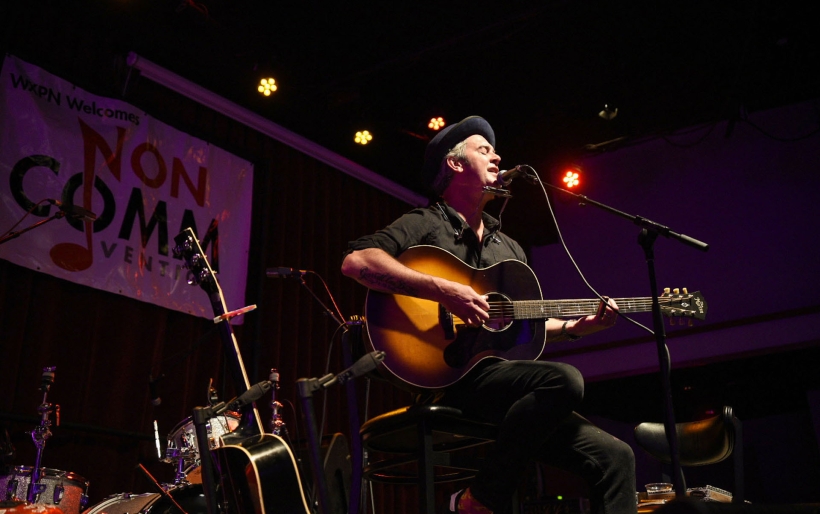 G. Love celebrates the past and looks to the future in a formidable one-man show at #NONCOMM

A acoustic showcase of his new album Philadelphia Mississippi was the core of G. Love’s #NONCOMM set, but he also mixed in the music that got him where he is today.

Along with Craig Finn, Philly hero G. Love was a pinch hitter on night one of NON-COMM, formidably filling a spot on the PRX stage when Buzzard Buzzard Buzzard had to cancel. With his new album Philadelphia Mississippi coming out next month on 30 Tigers, G. Love showcased new songs and old faves, and did an impressive job holding the set down on harmonica, vocals, bottleneck guitar, and bootstomp percussion.

There was an undeniable air of nostalgia in his performance, from inclusions of 90s and aughties gems “I-76” and “Rodeo Clowns” to his words of appreciation to the radio station he was reared on. “I grew up listening to XPN,” says G. Love. “Gotta give shouts out to Johnny Meister on The Blues Show.”

A similar sentiment about Meister made its way into the lyrics of G. Love’s new single “Love From Philly.” But much as he loved celebrating the past, G. Love was also there with a foot in the now — playing the title track from his Grammy-nominated, Keb’Mo-produced 2020 album The Juice — and an eye to the future, and the set’s showcase of Philadelphia Mississippi was a big part of that.

G. Love spoke of how the backyard party gigs he played with iconic Philly drummer Chuck Treece during the pandemic led him to a sister city down south. “I’m from Philadelphia, and I always thought it was cool that there’s another city called Philadelphia in Mississippi, and wanted to make a record there. So we did it!” Traveling during the live music shutdown made for “a wonderful opportunity to immerse ourselves in the culture of Mississippi and hill country blues,” and he named some of his collaborators on the album, including Southern Avenue vocalist Tierinii Jackson, Alvin Youngblood Hart, and Christone “Kingfish” Ingram.

The standout of the new songs was a performance of “SoulBQue,” his name for that tour of backyard shows, and his harmonica wails got the room clapping their hands and stomping their feet. The set closed out with “Peace, Love, and Happiness,” sent out to the citizens of Ukraine with wishes for peace.

Philadelphia Mississippi is out next month, and can be pre-ordered here. G. Love returns to Philly on August 18th with Dispatch and OAR at The Mann Center; details at our Concerts and Events page.