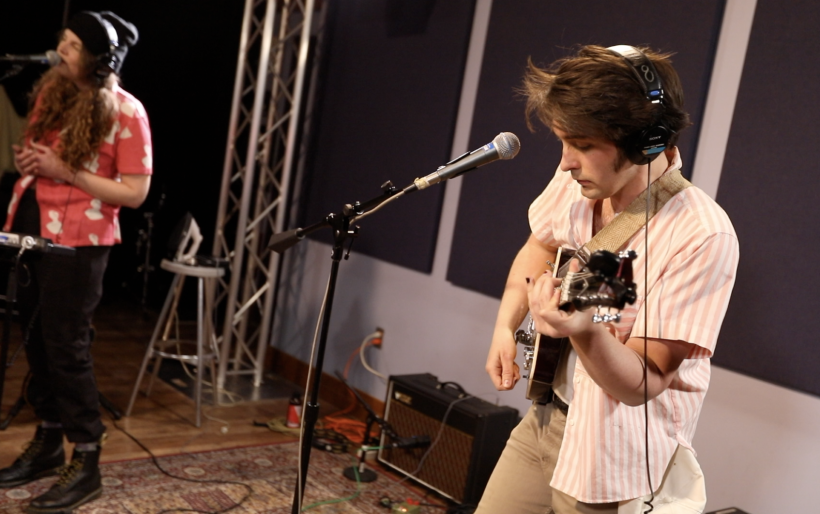 Central Pennsylvania’s Josh Kirwin has been waving the Tubey Frank banner on Philadelphia’s indie rock scene since 2017. It’s a clever name (“to be frank” — it took me entirely too long to pick up on this) that once denoted a country-inflected project he led with his brother Andy and their friend Adam Stehr. But over time it’s blossomed into much more.

Beyond the music scene, Kirwin has ties to other local performing arts communities; prior to the pandemic, he took part in a monthly variety show at Plays and Players, a hidden gem of a center city theater. Something he clearly takes away from that world: great actors don’t just read back lines on a page, they draw mood and emotion from them, they internalize them, they become them. It’s how he as Tubey Frank approaches style: he can be a suave Chris Isaak-esque lounge singer on “My My Mind,” then turn to deliver protest singer catharsis a la Pete Seeger on “May 28, 2020,” and then turn again to a dazzling and psychotropically-altered indie adventurer in the spirit of Broken Social Scene on “Rose Colored Shades,” his collab with rapper / actor / comedian Nazeer Art’aud. Thing is, he’s not faking on any of those identities; it’s all part of a grand tapestry.

For this performance in WXPN studios, Tubey Frank showcases their first new music since 2019’s Euphoraphobia, and these four unreleased songs find Kirwin reaching in newer stylistic directions still. The dreamy folk of “Five Minutes” opens the set, bolstered by fervent harmony vocals from The Lunar Year’s Katie Hackett; this gracefully flows into “Windshield Eyelashes” on the breeze of Adam Shumski’s wispy drumming, and the song subsequently finds us in a heady psychedelic jazz universe, bolstered by trumpeter Paul Giess and bassist Erik Kramer. “Words Slip” follows, and it might be the best Jeff Buckley song that’s not actually a Jeff Buckley song.

For the closing “It Starts With A Sock,” the band pivots into a glam-punk catharsis reminiscent of “Hangin’ Round” by Lou Reed or “Needle In The Camel’s Eye” by Brian Eno. Kirwin uses his lyrics to satirize and take down toxic masculinity and machismo, while Hackett plays guitar using a steam iron as a pick and slide, and Giess’ trumpet feeds through so many effects pedals it sounds purely otherworldy. Shumski’s drumkit actually falls apart at the midway point and Kramer breaks his E string, which is exceptionally difficult to do on bass, but they both plow forward nonetheless. It’s wonderfully unhinged, and the high point of the set — though don’t reduce Tubey Frank’s Key Studio Session to just this madness.

Instead, watch the entire performance above and below, and see Kirwin debut the new trio configuration of Tubey Frank on Wednesday, May 18th at MilkBoy; head to the WXPN Concerts and Events page for more information.