The Dip pulls from soul, R&B, pop and rock to make a sound that's all its own - WXPN 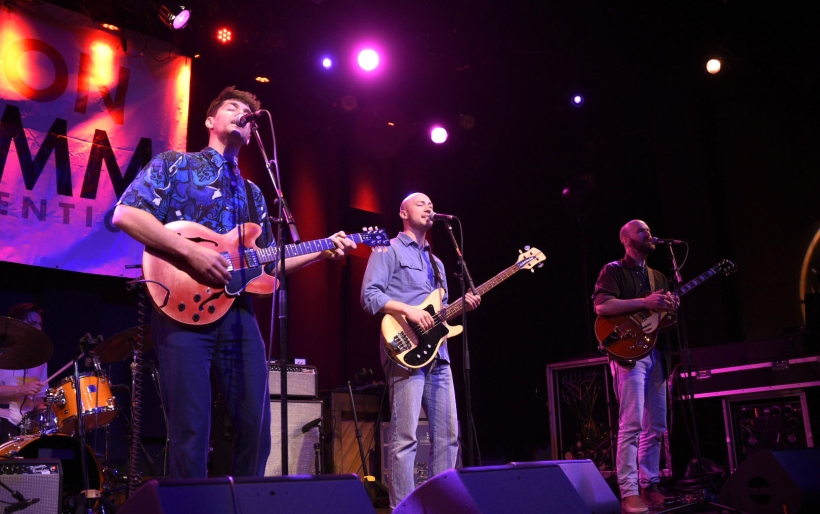 The Dip | photo by Paige Walter for WXPN

The Dip pulls from soul, R&B, pop and rock to make a sound that’s all its own

In this session of World Cafe, The Dip talks about its journey from playing house parties to having a million Spotify listeners a month.

Recently, the home station of World Cafe, WXPN in Philadelphia, hosted a music and radio convention with a lot of showcases featuring some very talented bands and artists. One thing that struck me was, when I asked some radio and record people what band they were looking forward to seeing, one band kept being brought up: The Dip — and for good reason. The Seattle seven piece pulls from soul, R&B, pop and rock to create a sound all its own — and one that really shines live. The group met while attending college at the University of Washington in the early 2010s. Their new album is the tight and focused Sticking With It.

In this session, the band talks about its journey from playing house parties to having a million Spotify listeners a month. And, critically, we were thrilled to have the band in for live, in-studio performances of songs from the album. I’d like to think the room needed a great live performance after a few years off, and The Dip delivered.