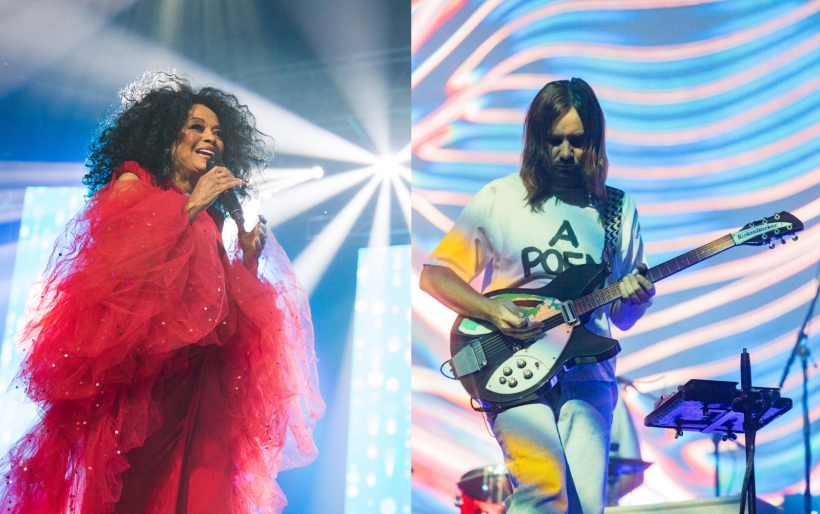 The legendary singer collaborated with the celebrated psychedelic rock band for a dazzling song from the Minions soundtrack.

Put the names Tample Impala, Diana Ross, Gary Clark Jr, Phoebe Bridgers, Brockhampton, and RZA together and you would think you just pressed shuffle on a family Spotify account.  But this is part of the lineup for the Minions: The Rise of Gru soundtrack. Yes the “loveable” little yellow beings are getting a star-studded soundtrack for their second stand-alone movie, originally slated to be released in July of 2020 but delayed twice to June of 2022.

What is interesting is that the announcement of the soundtrack lineup came in May of this year from grammy winning producer Jack Antonoff. Was this soundtrack made due to the delays? Seems like everywhere you turn there is Minion merch; so did the merch check roll in and they decided to make the most insane musical collaborations since the U.S.A for Africa– We Are The World song?

The first peek we get into the soundtrack is the track “Turn Up The Sunshine” a new song by Diana Ross featuring Tame Impala. (Yes, that’s the Diana Ross, teaming up with Kevin Parker and his trippy friends.)  The washy guitar at the start give the track the signature Tame Impala sound, and Ross’ disco funk style meshes very well with Parker’s production. But looking deeper, are the big names on a Minions song that surprising? Pharrell Williams has done numerous songs for the Minions and Despicable Me movies, including the huge hit “Happy” and recently-revived “Just a Cloud Away,” both slick tracks.

So far we only have “Turn Up The Sunshine” from the soundtrack, but the announcement alone has made this one of the most anticipated releases of the summer. Even if you do not like the Minions movies, there is still a bit of curiosity to what it will sound like. Most of the songs are covers of classics — a Tierra Whack cover of “Black Magic Woman” by Santana,  Thundercat covering “Fly Like An Eagle” by Steve Miller Band, the Minions themselves covering “Cecilia” by Simion and Garfunkel to name a few — and the potential for something unexpected is enticing.

Keep an eye out for more singles and eventual release of this soundtrack coming soon.