Real Name, No Gimmicks: How Sam Borrello is reintroducing himself to the world - WXPN 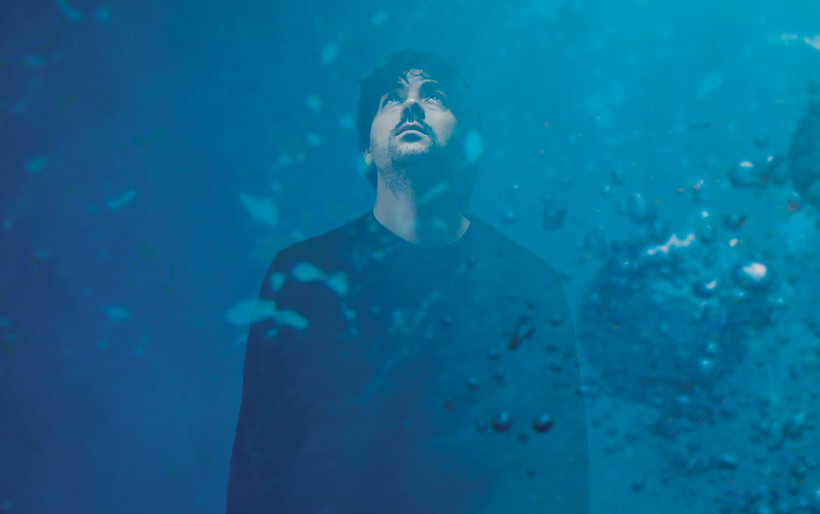 Real Name, No Gimmicks: How Sam Borrello is reintroducing himself to the world

The Philly-connected, Cali-based beatmaker is ready to enter a new chapter in his creative journey with the project Connections.

Growing up in Vermont, Sam Borrello (fka BPad) begin his musical journey studying piano. He also played violin in school and even fooled around with his father’s guitar. While rock may have been his introduction to music, it would be a love for hip-hop he picked up in high school that would drive his musical journey. With the release of his new project Connections coming in June — featuring collaborations with vocalists like Khemist who he linked with during his time living in Philadelphia — the now-Cali-based producer sat down with me to discuss the new EP and what inspired it.

Josh Leidy: Do you think having an eclectic musical background helps you in producing?

Sam Borrello: Yeah definitely it helps, the ability to be able to pull from different genres is a benefit to producing.

JL: Who were some of your early influences?

SB: Pete Rock and Premo definitely from the classic stuff, but most of all it was Madlib. He was the first producer I went all in on. I was studying jazz guitar and making beats and Madlib seemed to fit that vibe perfectly. I also got into Dilla from Madlib. But overall, Madlib is the biggest influence.

JL: So, the new project is under your given name Sam Borrello, are you moving away from your producing name BPad?

SB: Yeah, from this project forward it’ll all be under my real name Sam Borrello. I used BPad for a long time, and that all came from a very organic place of a nickname from a friend, but I just thought, “do I want to be releasing music at 45 as BPad?” So it kind of just came from a maturation aspect to go with my real name.

JL: How long have you been making music?

SB: I’ve always been messing around even as a kid picking up my dad’s guitar, but I really started making little loops and songs with friends around 16 and I’m 32 now.

JL: Did you start out with software, or were you an analog kid?

SB: At first, definitely analog. I had a loop peddle and Roland Phantom S keyboard that had quite a few sounds so I would program loops in there. It also had an SD card so I could sample with it as well. Now, I’m way more digital but there is a mix when I create.

JL: What is your creative process? Like do you have a routine or do you create spontaneously when you’re inspired to?

SB: I kind of go through phases, there are times I’m pretty routine about it. Like I get up and make beats from like 8 to 12 or something like that. That’s when I feel the sharpest, when I’m on a routine. I used to be more spontaneous, but now it’s more of a schedule.

JL: Can you tell us a little about your new EP?

SB: Yeah, the new project is called Connections. I cooked up most of the beats during the pandemic when we first went into lockdown. I had started to move away from sampling or at least not having it be the base of the song. So I was sitting on a lot of production and since we weren’t able to collab in person I started sending it out to artists I had worked with or wanted to work with over the years. I was lucky enough that people wanted to work and write to what I had sent. It was dope to work with a bunch of different people.

JL: When you’re working with an artist, do you like you have the production done, or do you like to produce specifically for the artist?

SB: I think I prefer making something specific, more for the collaboration. We can bounce ideas off of each other, but it does depend on the person. There are definitely artists I know who prefer to just have the music sent to them. So there are times I go in and think well I’m making something with this artist in mind, but I always try to stay true to my style. But with this project Connections, I had the music and sent it to the people I thought would be best on it.

JL: Are you planning to do any live performances for Connections?

SB: Yeah, that’s what I’m trying to figure out now: how to do this live? I have done one show already in Humboldt County in Northern Cali, I did that with a singer. But yeah, I’m hoping to showcase this project by doing shows solo and some with a band.

JL: I know you’re in promotion mode for Connections, but do you have anything else in the works?

SB: Primarily I want to establish this new identity under this name as an artist, and shows and more instrumental projects are a huge part of that. Also thinking of doing a remix project for Connections, called Lost Connections that will also have some stuff that didn’t make the album. I’m also working on some music with other artists. I’m working on an EP with a singer named Pastor Jul, which I’m excited about.

JL: Where can the people find you and keep up with what you’re working on?

SB: I’m on Instagram at @samborrellomusic and my website is samborrellomusic.com.The last single drops on May 29th and the album drops on June 10th, and you can purchase that on Bandcamp, or just search for Sam Borrello.