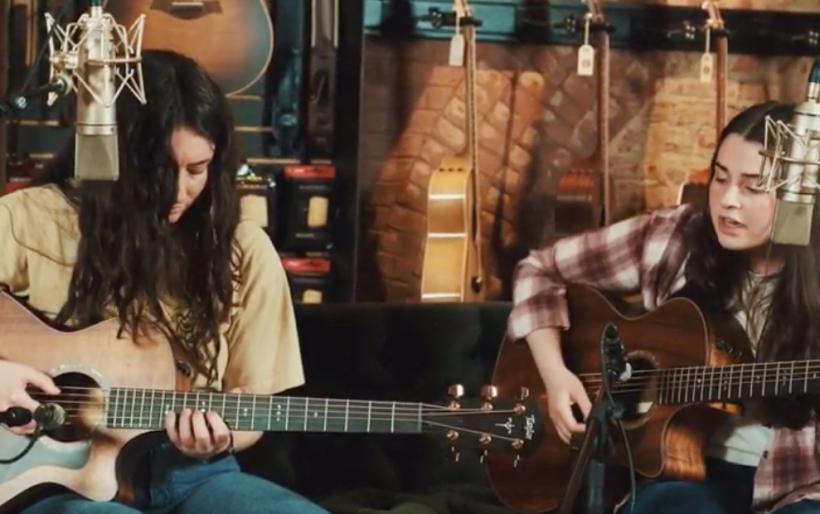 Queen of Jeans | still from video

Local indie rockers Queen of Jeans recently performed an acoustic rendition of their song “Hiding in Place” at Russo Music. The stripped down duet of this song is beautiful, with lead singer Miri Devora is joined by guitarist Mattie Glass who accompanies her with a fingerstyle lead line and soft harmonies.

The first single and title track from their newest EP explores the feelings of dealing with losing someone close to you. Lead singer Devora sings “I don’t want to talk about it anymore, I’ll be fine if i just keep moving forward.” At times, just living your life like nothing happened seems like the best option – but we see the flaws in that approach, too, as before singing about moving on, Devora sings “It’s kind of hard with you not around.” The moments when she is not occupied, the pain is still there.

Queen of Jeans’ newest EP Hiding in Place releases this Friday, June 3, via Memory Music. The four- song collection includes the title track, second single “Why Hide,” and two additional tracks. If vinyl records are your cup of tea, the physical release will include three covers from their Covers EP. – including their laid-back rendition of “Teenage Dirtbag” by Wheatus, where their harmonies shine.

Currently Queen of Jeans do not have any Philly shows planned — they just headlined Johnny Brenda’s last week — but with the release of the new EP, expect more shows to come. Follow their Instagram at @queenofjeans and watch the WXPN concert calendar to stay in the loop.