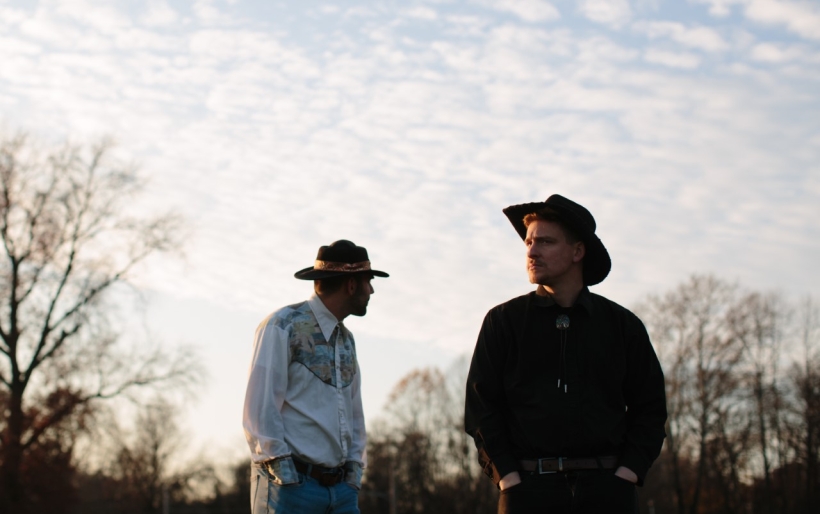 Sons of El | photo by Abi Reimold | courtesy of the artist

Blending American folklore with the sounds of the future, this exciting new project has a bright road ahead of them.

Childhood friends Emmett Drueding and Pat Braz are Sons of El. The duo grew up in Philadelphia and attended CAPA magnet school for the arts together. After moving across the country from one another, the two used music to stay connected — Braz crafting spacey electronic music while his son sleeps and Drueding writing lyrics to match.

As Sons of El, the two combine electronica with folk storytelling to create a mystical world inspired by Drueding’s travels out west. Earlier this month, their first single “Georgie” was released; it’s hard to put the vibe of the song into words, but it feels like a memory foam pillow. The instruments are dense and warm but the melodies still is light and pillowy. The vibe continues on “Time,” released today.

The duo’s cowboy aesthetic seems odd for a psychedelic electronica project, yet this futuristic folk music pairs exceptionally well: the fusion of Americana themes and electronic music would not seem out of place on Han Solo’s Spotify queue or space cowboy Spike Spiegel’s headphones.

Imagining their live performance visions of an epic production, one that could fill the Daft Punk sized hole in many people’s hearts. Their debut record Heat will be releasing June 3. Keep your eyes out on their socials for more news and announcements.