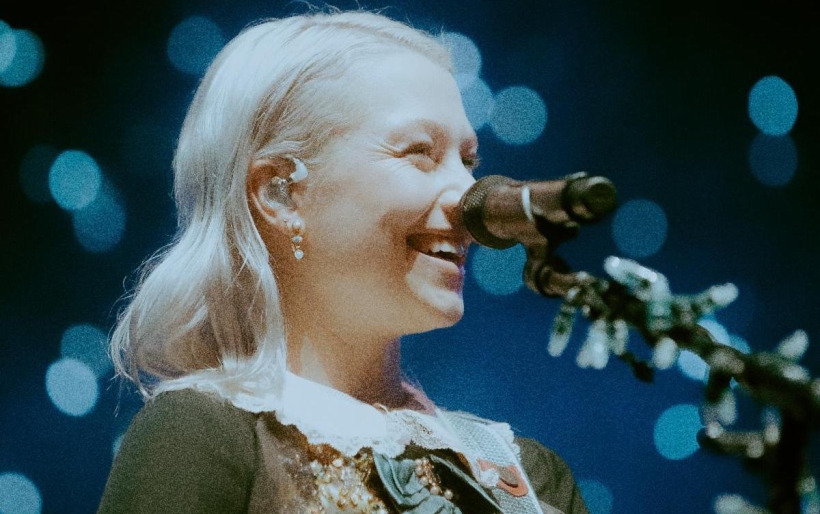 Jackson Bridgers gives us a behind-the-scenes look on what tour life in the beautiful new offering from Bridgers.

Indie superstar Phoebe Bridgers released a music video for her song “Sidelines,” made from compiled tour footage shot by her brother Jackson Bridgers. Mostly featuring shots of other members of her touring party, Jackson Bridgers showcased the usually sidelined parts of the Phoebe Bridgers experience – though fans would scoff if you accused them of writing off the parts people like Marshall Vore (Drums) and Emily Restsas (bass) play. But think of the countless number of people who went from the sidelines to the stars.This intimate look of what goes on each day on tour helped to connect with the band beyond what music they play.

Aside from that, the song features many iconic Phoebe sounds: ghostly doubled vocals and subtle and elegant strings. An electric piano sound takes much more of a front seat on “Sidelines” and the drums are much more robotic and almost feels like a drum machine.

While “Sidelines” was written for the Hulu tv show Conversation with Friends, new content from Phoebe is very exciting and makes the idea of a new full-length release from her feel on the horizon. The expectations are high for her follow-up to the acclaimed Punisher, but she can rise to the occasion; using the new found fame to produce a grandiose album would be amazing.

Phoebe Bridgers is currently on tour – dubbed  The Reunion Tour –  which will be making a stop in Asbury Park on June 13 at the Stone Pony Summer Stage. More information at the WXPN Concert Calendar.