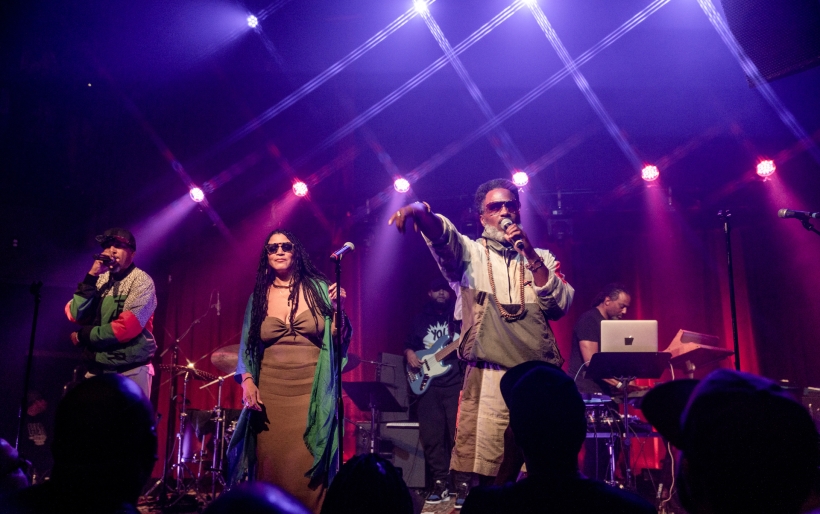 What You Feel: Digable Planets live in the moment at Ardmore Music Hall

The celebrated hip-hop trio expanded their 90s faves with fluid improv in their return to the region this week.

At about the halfway mark of Thursday’s night’s performance hip-hop icons Digable Planets, a heckler’s voice broke the between-song silence at Ardmore Music Hall. I couldn’t what hear what he yelled, and honestly, it doesn’t matter. What’s important is how Ishmael “Butterfly” Butler responded: a laugh and a warm “what was that?”, prompting the dude — freshly put on the spot in a packed room — to stammer an apology, asserting “I love you guys.” It was all love back, as Butterfly told the crowd that the act of yelling out whatever was yelled out was very much in line with the philosophy of the song they were about to do. Cue the opening hook to “What Cool Breezes Do”: “You gotta do what ya feel, do what ya feel / Do what ya feel, yeah do what ya feel.”

It was also a statement of philosophy for the show at large — not to mention the band, when you think about it: one that released an era-defining album in 1993, and a respectable (if less widely-embraced) followup two years later, mutually decided to go their separate ways, and then reunited as family several times over the past decade and a half for tours here and there. They act when they’re moved to, and chill when they don’t. At Ardmore this week, it was a mix of both. 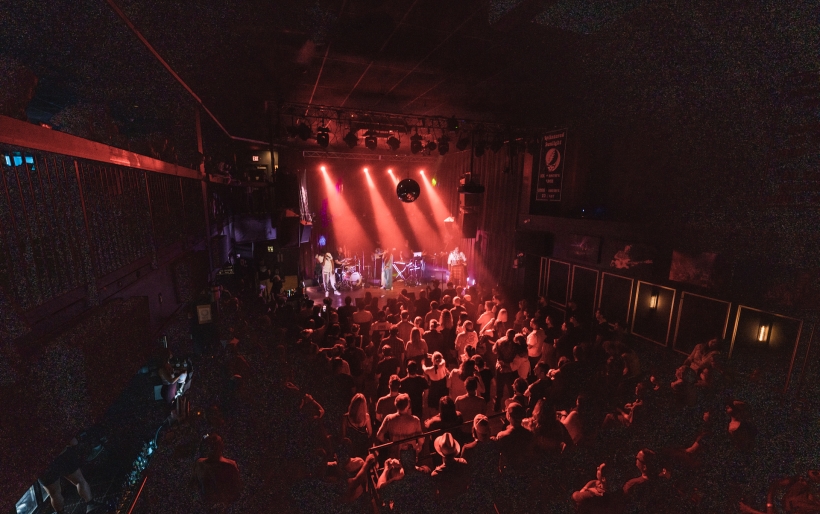 The band made a formidable entrance on Blowout Comb‘s politically-charged “The May 4th Movement” where Craig “Doodlebug” Irving’s booming vocal filled the room; lively renditions of Reachin’‘s “It’s Good To Be Here” and “Where I’m From” followed, the latter prompting shoutouts to Doodlebug’s roots in uptown Philly. “I don’t live here no more but every time I come back, the love is still here,” he said. “We hope what we’re doing tonight reciprocates that love.” It was a solid trifecta to set the tone, with Mariana “Ladybug Mecca” Vieira flowing joyfully at center stage — as an MC, her mix of cool sassiness and blissed-out serenity is even more powerful than it was 30 years ago. Butterfly kept it low-key to the side during the start of the night, but on Blowout‘s “Graffiti,” we got a taste of the excursions he was looking to take. 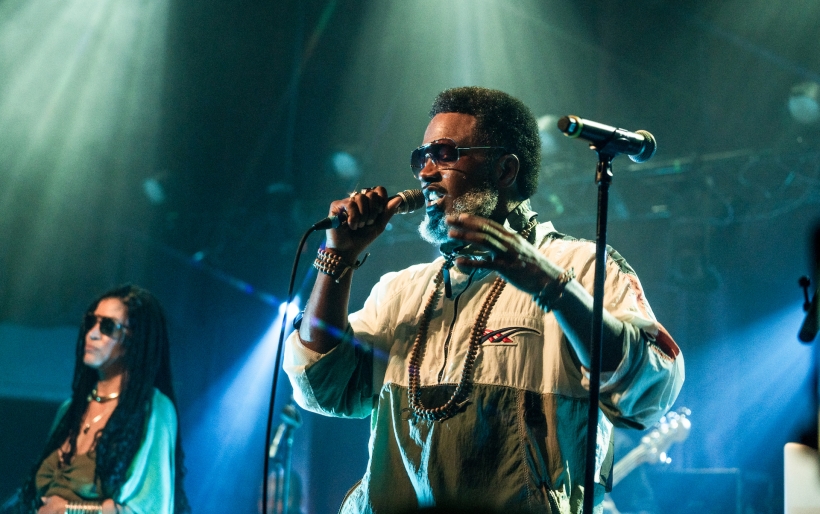 Standing at a sampler, tapping out pensive beats to D’Vonne Lewis’ kit rhythm, Butterfly wandered into the freeform zone, jumping off his vignettes of the hardboiled NYC underground heard in the song’s album version and delivering images of contemporary ennui: bars about scrolling endlessly on a timeline. A similar thing happened in “Black Ego,” the song that also began ushering in solo breaks from the backing band — guitarist and musical director Thaddeus Turner, keyboardist Darius Willrich, and bassist Rick. In this sense, Butterfly was another instrumentalist, showing off his verbal virtuosity through improv, something easy to vibe with when you consider the band’s historic appreciation of jazz and psychedelia. For the folks in the room who wanted to rap along to classic lyrics they’ve committed to memory time and again, that section of the show maybe lost them a bit; a somewhat low-energy rendition of “Nickel Bags” didn’t help.

But a tremendous performance of “Jettin'” brought everyone back into the fold, fully warmed up and energized, onstage and in the audience alike. Along with “9th Wonder,” this penultimate section worked in everything we’d seen and heard so far — on-point performances of classics, jaw-dropping instrumental jams, positive vibes. There was no other way to close things than “Rebirth Of The Slick (Cool Like Dat),” ending on a massive high. 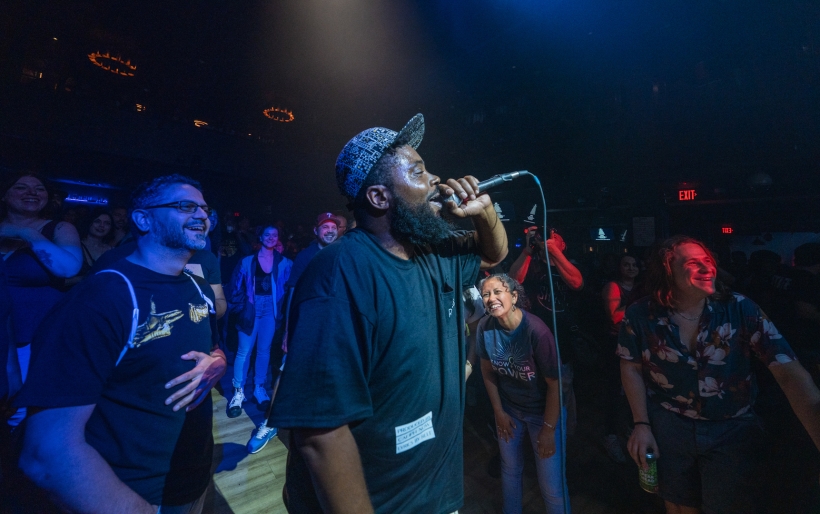 Reef the Lost Cauze | photo by Dylan Eddinger for WXPN

Opening the show, Philly rap veteran Reef The Lost Cauze show why he’s such a hip-hop master craftsman: he performed offstage, standing in the thick of the dancefloor, rocking the room shoulder to shoulder with the crowd. He mixed up a spectrum of energies: playfully singing along to Prince’s “Kiss” and delightfully bringing some better-with-age confidence to “I Still Got It,” then turning reflective on the more somber “Ain’t No Angels” from his new IZ ALIVE record, dedicated to his late Uncle Bahir, who passed last week. The night got started with another Philly favorite: Kuf Knotz and Christine Elise, who mixed the latter’s harp playing and pop hooks with the former’s conscious flow. Check out a gallery of photos from the show below; DigPlans continues their tour tonight at City Winery D.C.