For Fontaines D.C., a move to London reaffirmed the band's Irish identity - WXPN | Vinyl At Heart 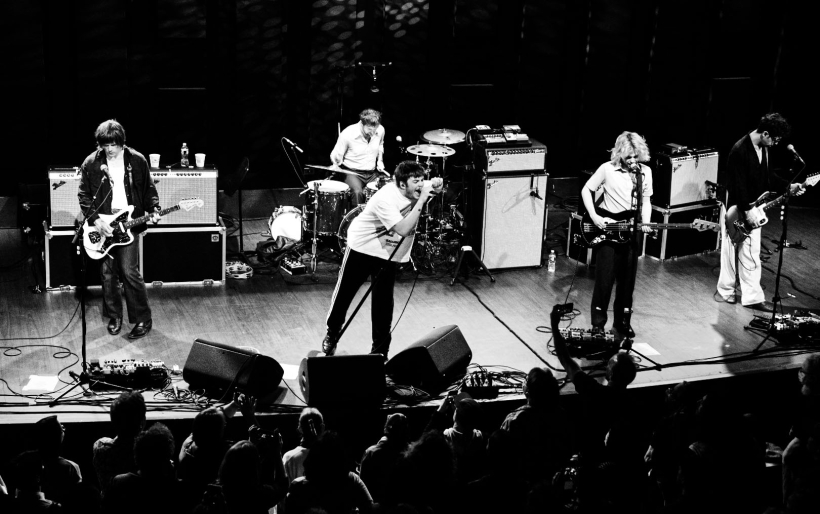 For Fontaines D.C., a move to London reaffirmed the band’s Irish identity

A major change for the band taken during the pandemic showed the group’s willingness to make concessions to their aspirations.

The post-punk band Fontaines D.C. is so strongly associated with their hometown of Dublin, Ireland, that it came as surprise that the band had relocated to — of all places — London. It was a move made during the pandemic that showed the band was willing to make concessions to their aspirations as a band. But it also had another effect: It reaffirmed their Irish identities and helped them appreciate what they had.

It’s not quite a fish-out-of-water story, but Skinty Fia asks big questions about what it means to be Irish — even when you’re away from home. I caught up with guitarists Carlos O’Connell and Conor Curley as they embarked on a U.S. tour on release day for Skinty Fia. That, plus a live live performance recorded in front on a live audience at World Cafe Live in Philadelphia in this session.