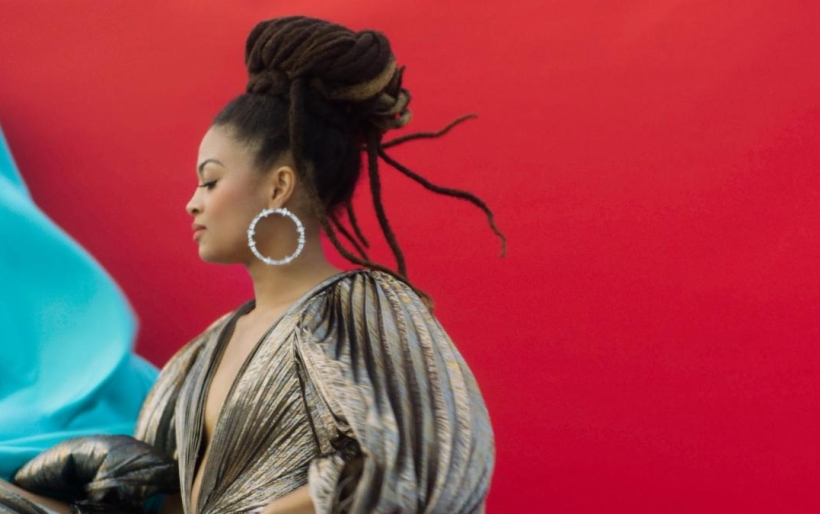 Valerie June has a very exciting project coming out in the next few weeks. Releasing August 26, Under Cover is a handful of covers from various artists. At a modest length of eight songs, June covers classics like “Imagine” by John Lennon and “Pink Moon” by Nick Drake, along with some modern hits like “Godspeed” by Frank Ocean and the recently revived in popularity “Fade Into You” by Mazzy Star.

June released her rendition of “Godspeed” this week, with her cover of “Fade Into You” releasing last month. “Imagine,” “Pink Moon,” and Bob Dylan’s “Tonight I’ll Be Staying Here With You” were previously released for various other exclusive digital releases. But with three tracks still not out in the vast outer space that is the internet, there is still something to look forward to on August 26.

“Fade Into” really stuck out; June’s roots in the music of Appalachia surprisingly turned this into a heartfelt folk song and the pedal steel in both the cover and original brings the whole package together. Same goes with “Imagine”; while a somewhat cliche choice, June’s cover does not seem like some easy crowd-pleaser to get record execs to support the project. She injected new life into the words and (while this statement is highly dependent on your opinions on Lennon) comes off as a more genuine call for peace from her compared to Lennon.

And if these covers are igniting a passion for more music from June, she will be at the XPoNential Music Festival this September; tickets and more information can be found at XPNFest.org.