It All Led To This: Alexa Gold presents 'Super Looper Vol. 1 Visions of Gold' - WXPN 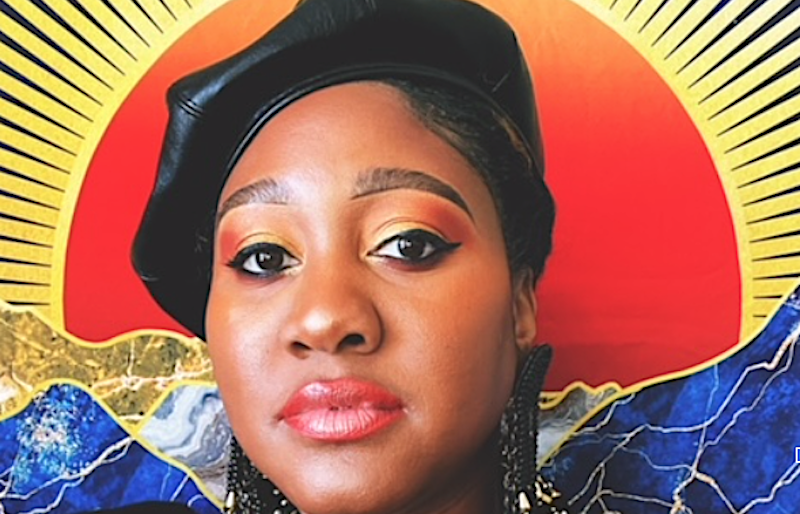 It All Led To This: Alexa Gold presents ‘Super Looper Vol. 1 Visions of Gold’

A conversation with an emerging Philly singer-songwriter who made her first solo project during the pandemic lockdown.

The COVID-19 pandemic put everything on hold. I still remember when lockdown started and suddenly the world seemed to be moving in slow motion. It gave us time, something many of us had precious little of. But in that time many found ways to fill it with hobbies, or creative outlets. Alexa Gold is no different.

The bulk of her debut album Super Looper Vol. 1 was started during the pandemic when she suddenly had more time on her hands than usual, and those hands got busy. From writing to producing to engineering, Alexa Gold had her hands full. The day after the listening party for her debut, she sat and talked with me about her process, her growth, and all that went into making her first album.

Josh Leidy: So, Alexa Gold, can you tell us a bit about yourself?

Alexa Gold: Hahaha, yes. Well, first Alexa Gold was a name bestowed upon me by Jaguar Wright. She was my mentor and she gave me that name several years back, and it felt good and stuck. But yes, I’m a Philly jawn born and raised here. After college, I graduated with a Psychology degree, but when I came home I got really into the open mic scene and that really was my passion.

I’ve been a backup singer, the lead singer of a band, but I’ve been most proud of recently being a part of The Graceland Tribute Band. Graceland was the Grammy award-winning album from Paul Simon, his bass player and another musician decided to form a band and perform some of the music from the album live. I was selected to be a background singer for them and was doing that for the last few years. I was in an all-girl trio The Feministics, really so much and it all led me to this, what I’m doing now and releasing my debut album Super Looper Vol. 1 Visions of Gold.

JL: So you have a full artistic background. Were your parents artists?

AG: Well, my father owned an art gallery for a while called Art Noir, in fact, he would hold open mics there and I would perform. He wasn’t really artistic, but was around the arts. In fact, he was the one who told me to go all-in if I was gonna be an artist. But my mother was a natural artist. She’d draw and paint. She’s very vibrant with colors her visual style and design, so she’s definitely been an influence.

JL: Who were your musical influences?

AG: Vocally, Teena Marie and Minnie Riperton; songwriting Teena is there as well as Fiona Apple, Mariah Carey, and Stevie Wonder, I love the way they approach songwriting. Production it’s Pete Rock and Madlib. They’re geniuses. And having musical tastes all over the place I think that fits.

JL: Did you always intend to be an artist?

AG: Noooooo. I always loved music, loved to sing and write. It was natural for me, but when I was younger I wanted to be a doctor or lawyer very practical things. Eventually, I realized my passion was in music, so after college being around a vibrant scene in Philly, I knew it was where my heart was and I wanted to see where I could go as an artist.

JL: You also host a podcast as well correct?

AG: Yes, it’s called The Beat Connection. I host it with my brother, and what we do is take a Hip Hop record and break it down sonically – the samples, all that – and trace it back. It’s really a passion and awesome to be able to do it with my brother. It also blends so much of what I love.

JL: Super Looper Vol. 1 Visions of Gold is your debut. Can you tell us more about your project?

AG: I definitely wanted to approach it with a very open and personal feeling. I wanted to give you warmth and a thoughtful vibe. An intimate part of me. but I also wanted to bring that head nod groove. The record began in lockdown, that’s when I first started to put the music together. It was originally planned as just an instrumental record with some vocal sampling but not me singing. But after hearing some of the songs I was working on, I was like I want to sing on this, haha. I really enjoyed being in my bubble; as much as I love to collaborate I really felt like I could hear myself working on this and that’s really important. It gave me the time to see and hear myself. I want people to know they are getting the full me with this album.

JL: So you wrote and produced, and you’re an engineer as well. You engineered this whole record as well correct?

AG: Yes. Well, I do have two bass players on the record on three of the ten songs, and I was happy to do those collaborations, but the rest of the album is all me.

JL: You sing, you write, you make beats, and you engineer, is there one you enjoy above all?

AG: I gotta say singing will always be my number one. It’s what I did first so it’s been with me the longest. But, I will say at this moment and time I’m in love with producing. I’m not singing as much right now, but production gives me the ability to “use” my voice.

JL: What are you most excited about for people to hear on your album?

AG: I’m most excited for people to hear, about the influence of femininity. Especially now with what’s going on with the overturning of Roe v Wade and that being such a monumental thing, I want people to hear the woman in this album. Between myself and the Black women, I vocally sampled Audre Lorde, Alice Walker, Toni Morrison, and more I want people to feel that and inject it into the music. This project was made by a woman, a Black woman, a millennial woman, and a bisexual woman. It’s all in there and I want you to hear that.

JL: Where can folks find you and find the album?

AG: The album is available now at alexagoldmusic.com and you can keep up with my stuff there. You can find me on Instagram @alexagoldmusic and on Facebook I’m Alexa Gold.