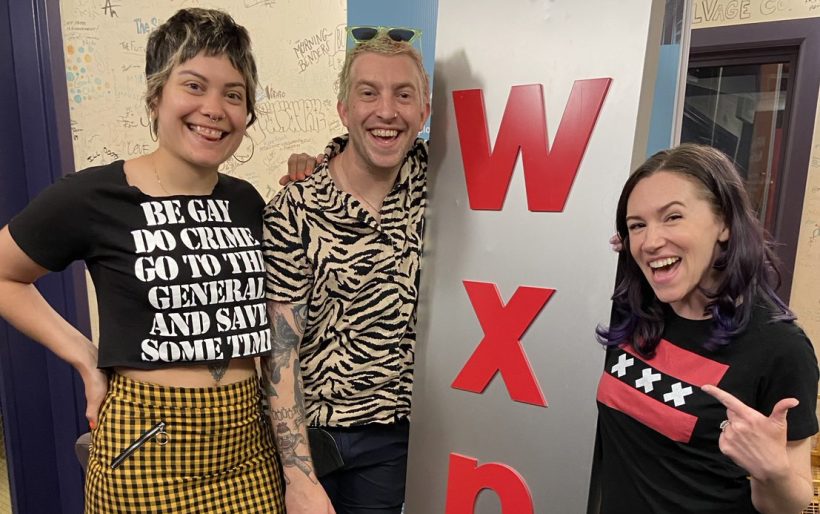 The XPN Artist to Watch joined Kristen Kurtis on air to discuss their varied music influences, belonging to the Philly music scene, and more.

Philly’s own Catbite joined Kristen Kurtis last week for the Friday Morning Mixtape just hours before their Free At Noon appearance. Vocalist Brittany Luna and guitarist Tim Hildebrand — the two members of the ska group brave enough to arrive so early — discussed the importance of continuing to wear a mask for COVID safety, growing up and studying music, and even the story of their marriage proposal, years ago on stage at a ska festival. “So she comes up on stage, thinking she’s gonna sing this song with us, and then I’m like, ‘BOOM!, here’s a ring,'” says Tim.

The band’s mixtape, which includes songs selected by bassist Ben Parry and Chris Pires as well, spanned a number of musical influences, from ones you’d expect from a ska group — like The Specials and Derrick Harriott — but also some great R&B, jazz, and the world’s most buzz-worthy song as of late, Kate Bush’s 1985 song that became a 2022 hit, “Running Up That Hill.” The mix as a whole played as high-energy lounge music, and set the scene for Catbite’s spectacular Free At Noon performance.

Local songwriter Tubey Frank also made the mix, as Parry used to be in his backing band. In fact, Catbite has many friends in the local music scene, including fellow XPoNential ’22 performers Cosmic Guilt and even The Districts. “They were like our little brothers in high school,” says Hildebrand of his Lititz neighbors growing up.

Listen to the full conversation below, and read the recap including photos from Catbite’s Free At Noon performance here. Catbite will play our own XPoNential Festival on September 17th; tickets are available at the WXPN Concerts and Events page, and at xpnfest.org.