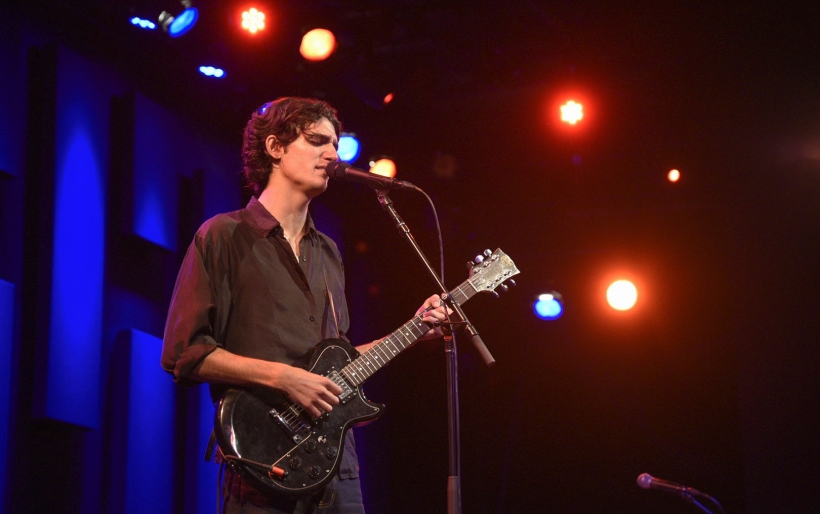 The singer-songwriter from Antwerp, Belgium joins us later this summer for the XPoNential Music Festival.

“I drove here from New York,” Tamino told today’s Free at Noon crowd. “It was my first time driving in the U.S.”

The singer-songwriter from Antwerp, Belgium — full name: Tamino-Amir Moharam Fouad — has an understated charm to his personality; he’s someone who can deliver swoon-worthy love songs like “Fascination” and “Indigo Night” one moment, and then devistate you with “The First Disciple” and its imagery-laden lyrics about personal struggle: “do you even know you’ve fallen?”

Tamino’s meditative melodies and dashing good looks make Jeff Buckley an easy point of comparison; his soaring voice also recalls Radiohead’s Thom Yorke, but in the “Exit Music (For A Film)” sense moreso than the “Paranoid Android” sense. The set-closing “Habibi,” with its light finger-plucked guitar and chanteuse-style delivery, sets the stage equally well for the September 23rd release of his second album Sahar, as well as his September 16th appearance at the XPoNential Music Festival. Tickets and more information can be found at XPNFest.org; listen back to his Free at Noon performance in full and check out photos below.