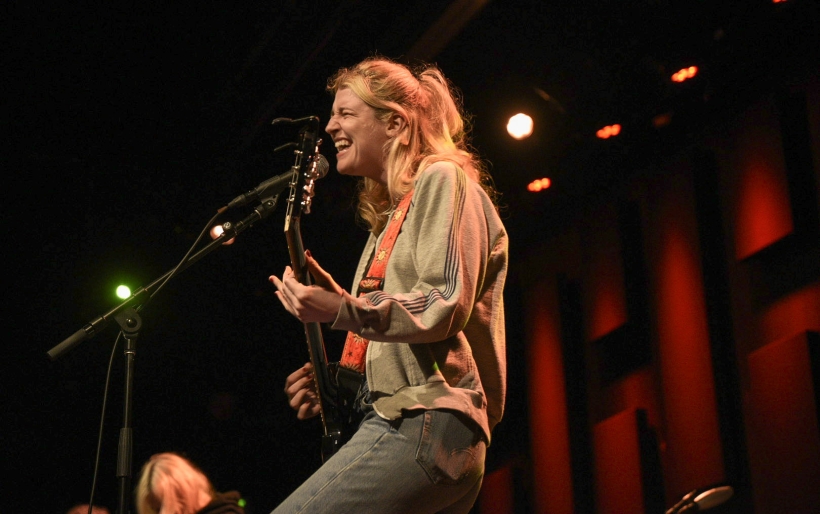 The Los Angeles indie-rock band pays tribute to and references some of their musical heroes in their latest album. Hear a live mini-concert in this session of World Cafe.

Momma is an indie-rock band from Los Angeles founded by members Etta Friedman and Allegra Weingarten. Their new album, Household Name, is, in their words, “the rise and fall of the rock star and the tropes and tribulations that come with that arc.” It sees them pay tribute to and reference some of their musical heroes, like Nirvana, Smashing Pumpkins and Veruca Salt.

In this session, you’ll hear a mini-concert recorded live by WXPN for a Free At Noon Concert at World Cafe Live in Philadelphia, Penn., starting with the song “Motorbike.” Listen in the audio player above.