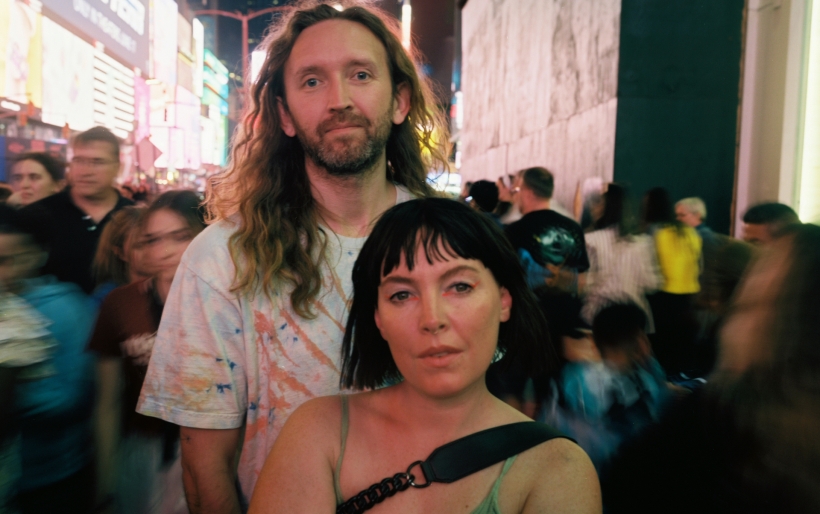 The North Carolina electronic duo’s new album is out in two weeks.

The electro pop duo Sylvan Esso headed by singer-songwriter Amelia Meath and producer Nick Sanborn announces their follow up to the Grammy-nominated record Free Love. The album is called No Rules Sandy, it releases August 12, and the first single “Didn’t Care” came out this week to tease the release. The compact pop track features lush synth pads and a happy easy melody that gives it a danceable feel; at 2:09 in the song the reference to Paul Simon’s “You Can Call Me Al” with the reverse bass fill was a nice surprise.

It is a nice taster for what is to come from their record — imagine those little cupcakes that seem to only be around for holidays and school birthday parties. The production is sleek and not cluttered, which helps the track stand out among a sea of overproduced bordering EDM pop tracks. It is solid mood-setting music for your apartment warming party with an oddly good view for the price. The song to soundtrack a hip new coffee shop with cold brew on pub-style taps. This is not a bad thing, and if this was their intention, then they hit the nail square on its head.

Sylvan Esso is currently on tour and playing The Mann Center on August 30th with ODESZA; more information on the show can be found at the WXPN Concerts and Events page.