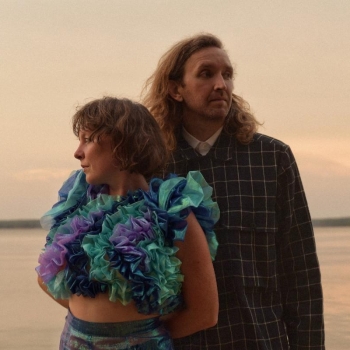 Where They’re From: Durham, NC

Who They Are: Sylvan Esso is the team of vocalist Amelia Meath and producer Nick Sanborn, who came out of the gate strong with their 2014 self-titled debut LP. The strength of singles like “Hey Mami” and “Coffee” helped Sylvan Esso make their late night debut and receive generous national airtime. The band’s sophomore album What Now had even more energy and pop flourishes than their first, and spinned sober, pessimistic themes into upbeat synthesized dance songs. With only two members and electronic instruments, Sylvan Esso still puts on an exciting live show, with Meath making full use of the stage.