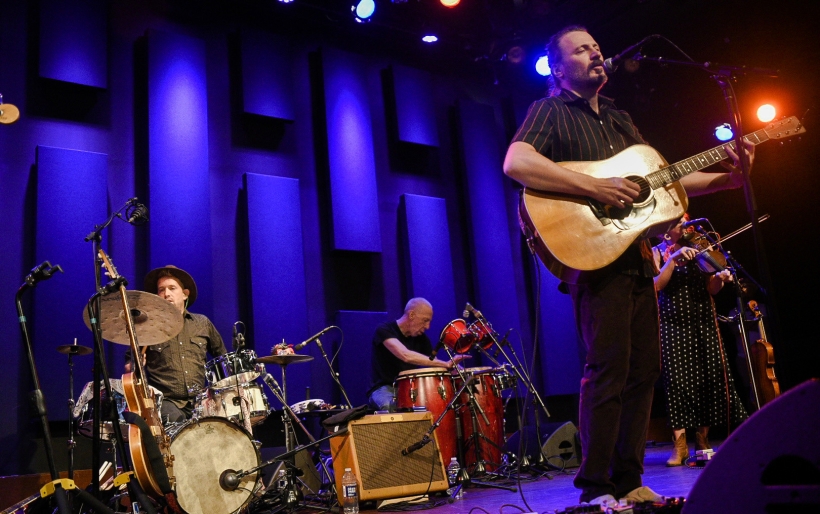 Philadelphia seems to breed an interesting form of folk and country. The funk / R&B fusion of G. Love could be heard in today’s Free at Noon guest, Chris Kasper. He slides smoothly into the crevasse of jam band sounds and (and while using this term reluctantly) “world music,” which was most apparent on the song “Chickaroo” where the band seemed to take inspiration from Gaucho-era Steely Dan.

The live band for today’s show consisted of Phil D’Agostino on bass, Kiley Ryan on fiddle, Daniel “Scrappy” Bower on drums and mandolin, Fred Berman on bongos and drums, and Kasper bringing it all together on guitar and lead vocals. The set opener “Somewhere” was a great introduction to the sounds we would hear. Bower’s tom-focused drum playing paired with Berman’s bongos gave the tune a drum circle feeling that helped to shape the song into something close to a reimagined American songbook classic, with Ryan’s muted pizzicato fiddle topping it off with it a playful feel.

Even with all the fancy instrumentation, you can still imagine how much more busy and filled out these compositions could be. This jumped out during “No Reservations,” where the lack of a second guitar or a piano left a void to imagine an underlying pad of muted horns or, like the studio cut, an accordion.

“China Rose” was a beautiful ballad and it allowed for Kasper to show off his voice in a great way. The song bore a slight resemblance to the classic Beatles hit “Don’t Let Me Down” — which it seemed like Kasper leaned into, as his guitar solo sounded like something out of a George Harrison omnibook.

After the broadcast ended, Kasper’s set was wrapped up with the humorous and all-too-relatable encore “Coffee and Weed,” where Bower hopped on Mandolin. While this pairing seems odd, apparently it is a common practice to match nice coffee and nice herbs similar to wine and cheese except the former is sometimes called a “hippie speedball.”

Chris Kasper has a new record called Holysmoke releasing October 7. It comes almost five years after O, the Fool, and Kasper commented during his set how Holysmoke was almost done before COVID delayed the production. And he hinted at a future record with his friends, The Wood Brothers, as well.

Below, listen to the Free at Noon, check out a gallery of photos from the set, and scroll down for some bonus audio.

In the week leading up to Free at Noon, Chris Kasper stopped by the WXPN Folk Show for a conversation with host Ian Zolitor and acoustic performances of “No Reservations,” “Say Fly Away,” and “Beyond Me.” You can listen to that full session down below. Kasper is playing at Ardmore Music Hall on October 14 with Don McCloskey, and more details can be found on WXPN’s concerts and event calendar. 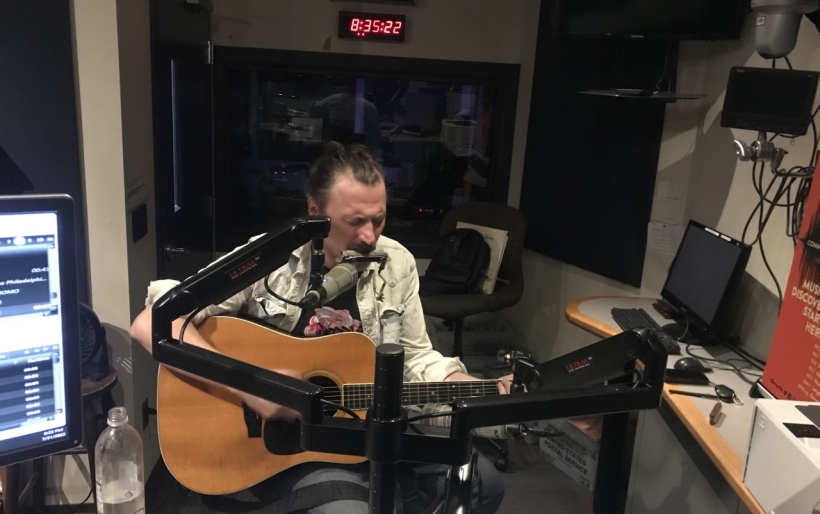