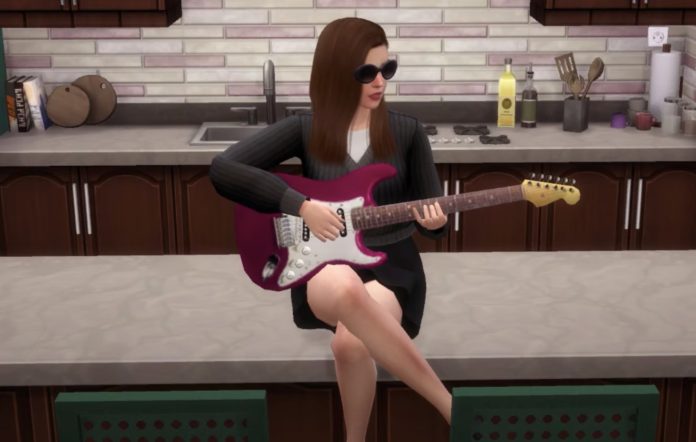 Things come and go throughout your life; friends, cars, hobbies. But one thing seems to be consistent, the Sims. Since its initial release in early 2000, it has become a favorite way to waste time and see what would happen if you married and had kids with that cute person in your math class. And the game’s newest expansion titled High School Years includes a special version of Soccer Mommy’s “Shotgun” sung in the Sim’s own made up language Simlish. The game’s version of the song sounds mostly like made up gibberish to the tune of lead singer Sophie Allison’s voice. Paired with the goofy song is an equally entertaining music video created with a Sim’s look alike of Allison.

In recent history there have been a few simlish takes indie-rock with Snail Mail’s “Pristine,” Lucy Dacus’ “Hot and Heavy,” Julien Baker’s “Faith Healer,” and Japanese Breakfast’s hit “Be Sweet” (which also has a version in Korean with singer So!YoON!).

While it seems to be debated if Simlish is able to be translated into english. Various fanmade translators have been made and an official Alexa skill was released to help decipher the language. But doesn’t that take some fun away from it all? And as a commenter on Shotgun (Simlish Version) video said “speaking as a Cocteau Twins fan, this is fantastic.”

Soccer Mommy will be in Philadelphia as part of her current tour and XPN is hosting her and Helena Deland at Franklin Music Hall on November 11. More details can be found on XPN’s event calendar. And if gaming is your cup of tea the High School years expansion is out now.