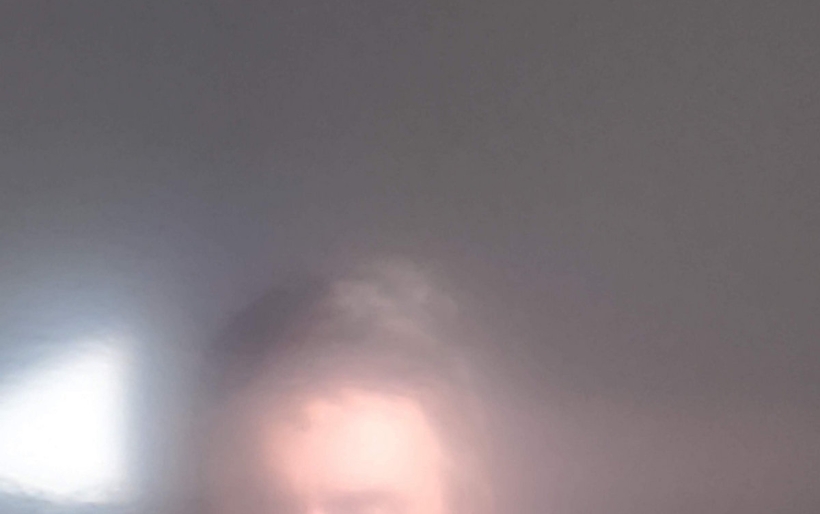 The dreamy music of this burgeoning Philadelphia artist is the sound of learning to let go.

The shoegaze project of Will Kennedy, the Philadelphia-based band’s discography is a testament to duality. Their latest album, Garden Bed, released in 2021, celebrates connection and serves as a mirror to their 2019 self-titled release.

“The self-titled was kind of this isolating experience where I was going on little nature walks by myself, it was kind of a lonelier album,” Kennedy says. “Garden Bed, it’s all about relationships, mostly friendships in my life and how those two healing experiences, one being learning how to be alone and the other one how to be with other people.”

Kennedy began making music under the moniker Teen Spaceship and put out one EP before he decided to start releasing music under 22° Halo. A self-described perfectionist, it was only when he learned to “let go and relax a little bit” that he was able to come up with a collection of songs that would eventually serve as his self-titled.

He spent the majority of summer 2017 working on 22° Halo and biking around the city. Having his own “Rocky Balboa” moments at the top of the Art Museum steps, slowly it felt like everything was starting to fall into place as he escaped to spots outside the concrete heat and constant rush of city chaos. He began recording with Fran Lyons (Free Cake For Every Creature, Ylayali), Ben Opatut (They Are Gutting a Body of Water), Maxray Savage (Maxray Savage), and Joey Degrado (Crooked Spine), and Anastasia Lasky (Unwelcomed) at their house show venue, All Nite Diner. 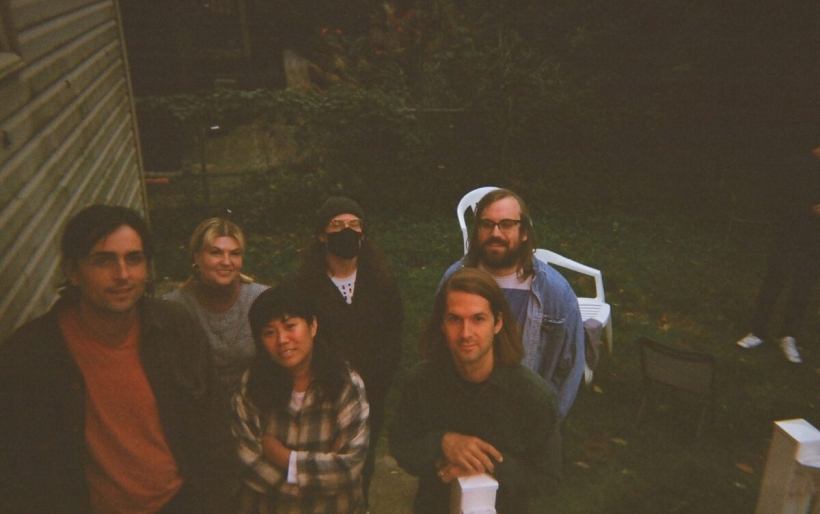 After wrapping recording with his friends, Kennedy circled back and re-record the bulk of the album with Lyons on his 8-track. “We recorded all the parts ourselves, and I think there was some magic to that,” Kennedy says of the experience.

The result is a shadowy slowcore record that slinks under the weight of some unknown sadness. With hushed vocals and desolate downtempo arrangements,  22° Halo feels like closing the blinds to the light lurking outside for fear that it might hurt your eyes.

Following the isolation of his self-titled, Kennedy began to embrace the illuminating power of the absolute adoration he held for the people in his life.

“What ultimately helped me the most in the stuff that I was going through at the time was my close relationships in my life, my best friends, my family,” Kennedy says. “I think it was a lot more romantic or cinematic to think of myself as healing through walking by a lake or something like that but really it was my best friends and the people that I love.”

It was from this love that Garden Bed blossomed.  From the references to matching jeans he had with his friend in high school on “Wranglers in Blue” to the scan of his wife’s pink floral pajamas that serves as the cover art, there’s this glow attached to knowing that the people he holds closest have their fingerprints all over the record.

Determined to incorporate the band into the album after nixing the majority of the original takes on the self-titled, he invited them to spend the weekend at his parent’s beach house during the pandemic. Kennedy came with some song skeletons, but quickly relinquished control, instead putting his full faith and confidence in his bandmates. “It’s a lot of people I trust and know really well,” Kennedy says. “They have great input but are totally happy to go with the flow. I feel like it’s the perfect combination of people.”

In addition to his bandmates, some of whom he’s been friends with since high school, he asked his wife Kate Schneider to sing on the album and help write some lyrics. Their effortless chemistry sounds like a sonic butterfly kiss, and tracks like “Ripple” allow Kennedy’s low murmur to flirt with Schneiders sugary soprano. Schneider, who had never been in a band before, has a voice like a floodlight that instantly cuts through the analog hum.

Instead of outright confessionals, Garden Bed shrouds profound emotion in the small personal objects Kennedy selects as signifiers of the relationships he writes about. Including mundane details like the flickering TV at dusk, the seven blocks that separates him from someone, or the two stones skipping side by side, he makes everyday instances feel intimate for no apparent reason.

“It [Garden Bed] was trying to be a counterpoint,” Kennedy says. “The people I love, that was what I was hoping to get across and hold nostalgia for. I just write to make sure I have those images and my experiences down on a page, so I don’t forget about them, just in the way that you journal for the same reason, so you have something to document it. I just want to make sure I’m documenting things.”

This archival approach gives Garden Bed a contagious sense of sentimentality, one that makes you see the world with the same casual magic that Kennedy does. Crackling with the kind of warmth you can only get from cassettes, the album radiates a cozy lived-in comfort that feels like your favorite winter jacket. With gleaming percussion and sparkling riffs, there’s a luminosity in the late July dinners at Davey’s and daydreams of holding hands that make you melt like the blush “sunset side of town” referenced on “40 Seconds.”

A shimmering pop record, it feels like falling in love again – whether that be with life or a new partner or whatever, there’s that distinct heart-fluttering feeling, where everything suddenly seems soft and bright. From the skate palace and public pools that served as the backdrop to growing up in his suburban neighborhood outside of Philly, he weaves mesmerizing vignettes that possess a dream-like luster.

“The first song [on Garden Bed]  is literally about me and my best friend playing this game that we invented in high school called the iPod game which is this really silly game where we put our iPods on shuffle and there’s a point system of who can guess the artist and the song,” Kennedy continues, “each song [on Garden Bed] has its own story.”

This slice-of-life sensibility is what makes 22° Halo so endearing. They understand the transformative magic of true love that can turn someone’s floral pajama pants into a work of art. They embody the glimpses of magic that we spot in each other, that you can try to search for but always end up accidentally stumbling upon.

On “Storm,” despite being stuck in a downpour, Kennedy remains unphased, instead captivated by the fact that he’s “never felt something stronger than this.” Shrugging off the shower, 22° Halo feels like leaving your umbrella at home and learning how to dance in the rain.

22° Halo plays live with Remember Sports at PhilaMOCA on August 10; more information on the show can be found at WXPN’s Concerts and Events page.