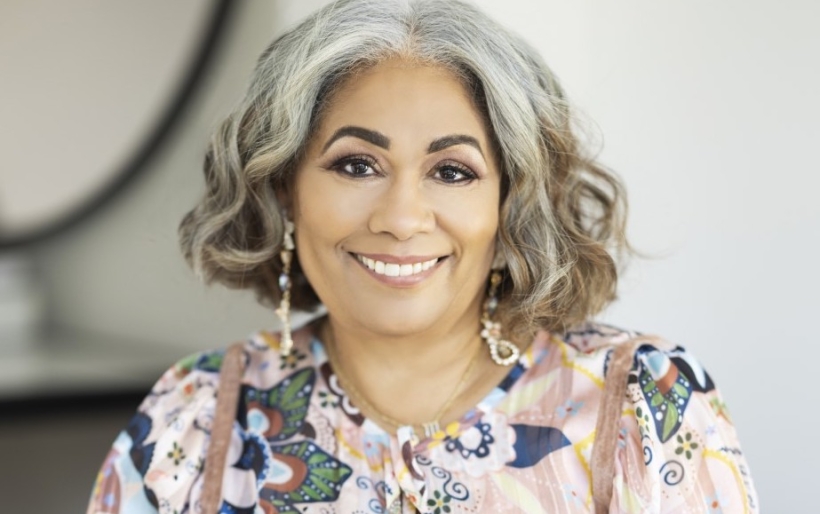 Radio, Music, and Community: A conversation with Dyana Williams

A Philly legend talks about 50 years as a broadcaster, celebrating Black music, the impact of Philly and more.

2022 is the golden year for veteran disc jockey Dyana Williams. A couple months ago, she received the news of being nominated in the Radio Hall Of Fame after putting five decades in the broadcasting business. Her love for radio started by listening to predominantly Black, New York-based radio stations like WABC and WWRL, and that love is what has fueled the career of a young Williams — known back then as Ebony Moonbeams. Since then, she’s made a name for herself over airwaves in cities such as Washington D.C., New York, and Philadelphia. Whether emceeing concerts for music legends like Curtis Mayfield and Earth, Wind, & Fire, becoming the first African American/Latina woman to works as a rock DJ, or serving the community, Dyana’s voice was always heard, and her actions that helped lead to the creation of Black Music Month was just as loud as the airwaves she was on.

Inspired by a visit to Nashville, music legend and her then-husband Kenny Gamble learned that the Country Music Association had established a Country Music Month in October. That motivated him to say that we needed to do the same thing for Black music, and in 1979, Gamble, Williams, Ed Wright and members of the Black Music Association put together the idea of having a month to recognize and celebrate around cultural and economic power of black music. Recognition of Black music’s economic power was very important to both Gamble and Williams; the BMA established a campaign called “Black Music Is Green” because they wanted the industry to recognize that Black music was a powerful economic entity as well as being an energizing cultural phenom.

And it went beyond the industry; the first time the Williams and the White House crossed paths was June 7, 1979, on the South Lawn of the White House, when President Jimmy Carter hosted a reception for members of the BMA; almost two decades later, Williams lobbied Congress to officially pass a resolution recognizing Black Music Month, which they’ve done every June for the past 22 years.

Fifty years in the radio business, cofounder of Black Music Month, CEO of a consultant and artist development firm called Influence Entertainment, a board member of the National Museum of African-American Music in Nashville, Tennessee, it’s no wonder why Dyana Williams’ resume shines bright like a diamond. I was very fortunate enough to speak to her to talk about a variety of topics like her career in radio, getting the government to recognize Black Music Month, community service, Influence Entertainment and Philly’s impact on Black music.

…on the music that impacted her growing up.

I listened to the songs of the day, whatever they were in the 60s. And the predominance of what I heard growing up as a young child was Motown. But I heard all of the artists, and back in the 60s when I was growing up, there was more of an integration of musical styles than there are now. Now you have dedicated stations to formats — it’s R&B / hip-hop, it’s classical, or it may be a hybrid.

…on working as a rock DJ.

I distinctly recall my very first show. It was five hours, it was on the weekend, I was on Saturday and Sunday. I didn’t walk out of the studio, I fell out of the studio. I opened the door and almost collapsed, because I was responsible for programming the five hours, and I didn’t know all of the artists. I wasn’t familiar. I was playing Led Zeppelin, I was playing all the rock gods. We mixed in some artists like Stevie Wonder, artists I was familiar with, I knew James Taylor, I knew Carly Simon. But the heavy rockers, I wasn’t familiar with. But I learned! And again, my position is, if you are a broadcaster, you should be able to do any genre of music, knowing the formatics and basics is what’s paramount. But I learned! And I learned very quickly.

And I happened to like rock music. I was a big Jimi Hendrix fan at that point, I knew Hendrix’s music, I loved Janis Joplin’s music. So it was easy to play the artists I was more familiar with. But the others, it wasa little mind blowing because I didn’t come from a rock cultural experience. I came from Aretha Franklin, Nina Simone, James Brown. That’s the music I heard primarily growing up as a young girl.

…on getting Congress to pass a resolution recognizing Black Music Month.

I knew nothing about lobbying. When the White House said to me, go up to Congress, “go up to Capitol Hill, come back to us when you’ve got the legislation passed”…I was like “okay!” I just put on some really comfortable shoes and went up to Congress knocking on doors, walking on people’s offices, introducing myself. At that point I was just on the radio and TV and I was saying to them “I’m an advocate for this, this is Black Music Month, this is the value of it to our economy. And to our culture as well.” But I got two very powerful supporters very early. One was Senator Arlen Specter, he was a republican Senator from the state of Pennsylvania, and my other advocate was Congressman Chaka Fattah, he actually introduced the bill on the floor.

…on the vast variety and historical origins of Black music, from gospel to soul to blues and rock and roll.

As Americans, we should be very proud, because it’s music that primarily originated here. And much of it born out the suffering and pain of oppression and the desire and hopes for freedom and rescue from the sorrow of being oppressed people. Even in oppression, we’re still very resilient as people. So, you know, hanging from trees, being whupped in the back, being told you can’t learn how to read, being told you can’t marry, being separated from your family. Would you not moan and cry and create something to comfort yourself? Black folks in the cotton fields from sun up to past sundown, America’s economy is built on these plantations and what happened with over 400 years of free labor. This is factual – America doesn’t like to talk about that period of time that led to the Civil War. But the reality is the remnants of all that racism and oppression and ill treatment of people created great beauty, created great art in various art forms. So when I talk about Black music, I think of a gumbo. A gumbo has a little bit of everything, and it is a cauldron of creativity, born out of suffering, but also joy and aspiration for freedom. So that’s how I tend to think of Black music, and typically, it’s feel-good. It’s bone marrow music.

…on warming up to Philly when she first arrived here in the 70s.

When I first came here, I was looked at as an outsider. I didn’t sound like other folks. I would get asked “where you from?” because I didn’t talk like most Philadelphians, and they were like “where you from?” I was like “Harlem, New York?” And that became problematic, because they were like “you got one of our finest men and you came from some place else, you dress different, you look different, you sound different…” [laughs] It was difficult. And at that time Philadelphia was very grey, it’s no longer grey to me, it’s greener. Then it was just very industrial, and again, people are very about their communities and their neighborhoods. So if you’re from Mt. Airy, be clear: you’re from Mt. Airy, not Germantown. And if you’re from Uptown, they don’t really want to have too much to do with downtown. I have lived in South Philadelphia, I currently live in North Philadelphia, I have family and friends in Southwest, I have folks in the Northeast. But people are entrenched in where they’re from, in where they live, and I got that…I got it really hard when I first came here. But a wonderful woman named Barbara Daniel Cox, she was the mayor’s commissioner on women in the city, and she grew up with my ex, Kenny Gamble. And she embraced me, and she put the stamp on me, and started having me host events — this is while I was on the air — so very quickly, the reception changed, once people recognized that I was the voice they were hearing on the radio.

…on how she describes the impact of Philadelphia music.

This is a music Mecca. Philadelphia is the home of so many artists who, while they may not have been born here — example, John Coltrane was born in North Carolina, but he spent his summers here, and he was in North Philadelphia; we have people like Grover Washington Jr. who was from upstate New York but lived in Philadelphia until his death, an adopted Philadelphia; Billie Holiday, born in Philly. And even before Philadelphia International records you had Cameo-Parkway, Chubby Checker, Dee Dee Sharp. And we were the first capital of the United States, so the first superstars came from this city — James Johnson, he was a bugilist. Philly has a storied history as it pertains to Black music in every genre. The great Marian Anderson — born and raised in South Philadelphia, and also the world turned their attention to Eleanor Roosevelt helping her because Marian Anderson was turned away from performing at Constitution Hall. So, name a genre: hip-hop, R&B, jazz, neo-soul, DJ Jazzy Jeff, A Touch of Jazz, the whole movement, even now you have artists like PnB Rock and Meek Mill, they’re representing for this generation of artists. So back to the beginning of the establishment of the United States, to very this moment, you’ve got all of these phenomenal musicians born, raised, bred, or have lived in Philadelphia. So we have a very special place.