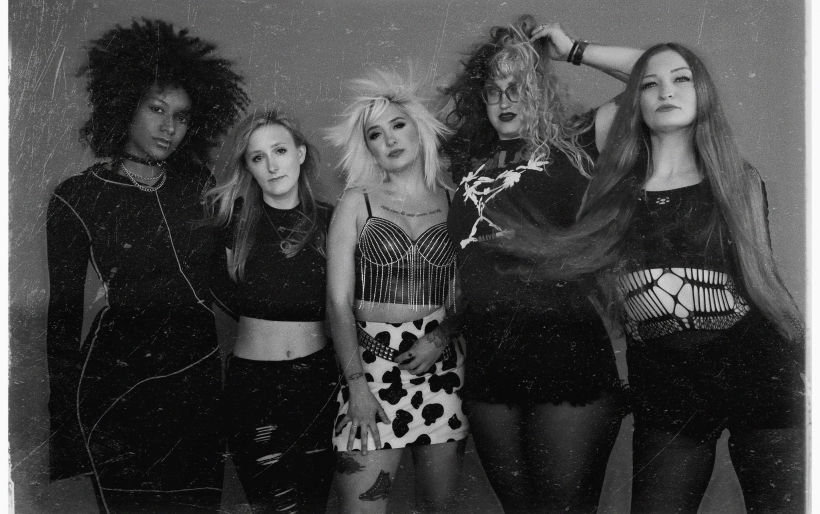 The high-energy stage show of this femme-forward rock and roll five piece shines on their new video.

After several impressive shows around town this summer, Philly throwback punk five-piece Vixen77 have announced their debut album Easy Access, which releases October 14 via Megaforce Records. They have also shared the new song “Some Days” along with a music video to go with it. Directed by Skylar Watkins, the grimey video visually is striking and well represents the high energy stage show they put on.

The lead single aims to give you strength and space; to allow yourself to not be okay for a bit. There is nothing wrong with refusing to bottle up your emotions; having time to just lay around in your feelings is completely fine. Sometimes just allowing your feelings to flow will help whatever your issue may be, and Vixen77 is soundtracking those days with fast and furious rock.

The band recorded Easy Access at Retro City Studios over the course of three days worth of recording time. Currently they have no shows planned, but with the release of the record coming up there will be plenty of shows to see. Keep an eye out on their socials and XPN for any show announcements from them,