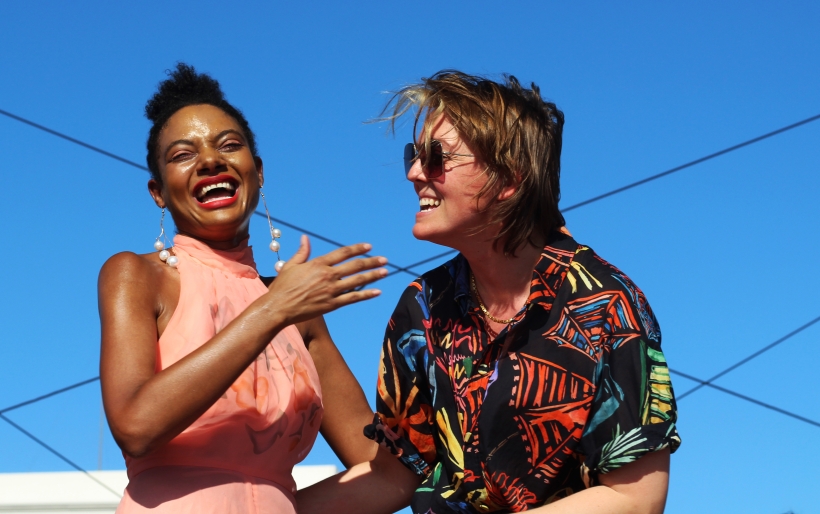 The songwriter’s new single with Carlile comes out today.

Allison Russell put out new music today featuring Brandi Carlile, her tourmate for a string of dates that bring the two to The Mann Center this Saturday. The new song, “You’re Not Alone” is a folk tune that drives home the message that there is community out there for everyone, whether that be ancestral ties or chosen family.

“We are not what we have lost,” Russell affirms, talking about “You’re Not Alone.” “We are more than the sum of our scars. We are the dust of the stars, the bones of the Earth, the breath of the void, the expanse of our imagination, the arc of art, the love in our hearts.” The new song, along with Russell’s entire collection of songs, reflects her positive outlook on life. As she told The New York Times in a profile, her music focuses on her strengths and power, not instances of victimization.

“You’re Not Alone” follows Russell’s critically acclaimed solo debut album Outside Child, which is racking up awards and nominations including her first ever GRAMMY nods. See Allison Russell along with Brandi Carlile at The Mann this Saturday. Tickets are available at the WXPN Concerts and Events page.