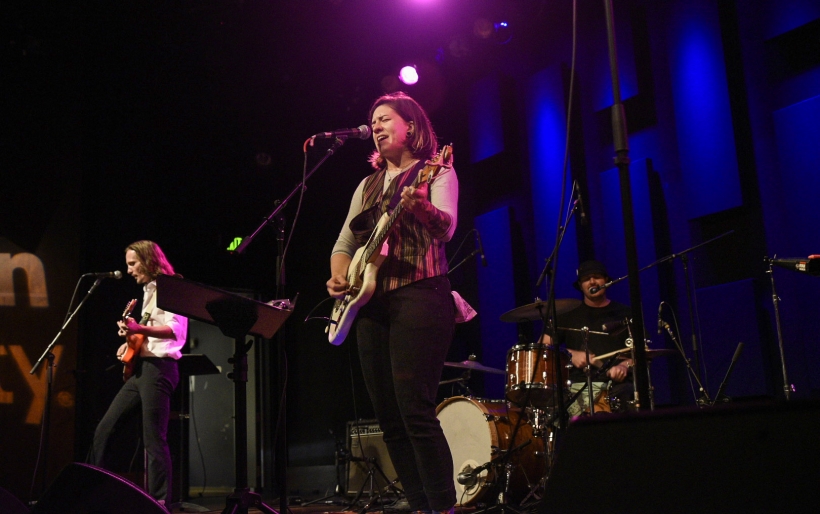 The long-running Philly band showed off its latest material ahead of their appearance at XPoNential Music Festival.

Ten years into their life as a band, the Perkiomenville rockers Chestnut Grove have found their experimental stride.

If their long in-the-works studio debut The Album could be easily aligned to Alabama Shakes’ revved-up and rootsy Boys + Girls, their new project Can’t Stand The Music is their Sound and Color: smooth, soulful, and vibrantly unbound by genre.

The bubbling “All For You” flowed into the keyed-up blues rocker “No Stranger”; the title track opened on a dancefloor-ready rhythm before opening up into heady jam territory. “Bumpin’ To The Bass Kid” waded further into the disco inferno.

At the midway point of the set, drummer and vocalist James Daniels switched places guitarist and vocalist Dee Gerhart; with the latter behind the kit and the former at the mic, they tore into “Whiskey Hand,” the band’s best-known track, as well as “I Know Somebody,” a piano-centered barroom belter that ends in oddly psychedelic territory.

With a closing performance of their 2021 single “Ain’t Got Nobody,” the band made plans to see everybody in the house again at Wiggins Park on Sunday, September 18th when they play XPoNential Music Festival. Tickets and details at XPNFest.org.