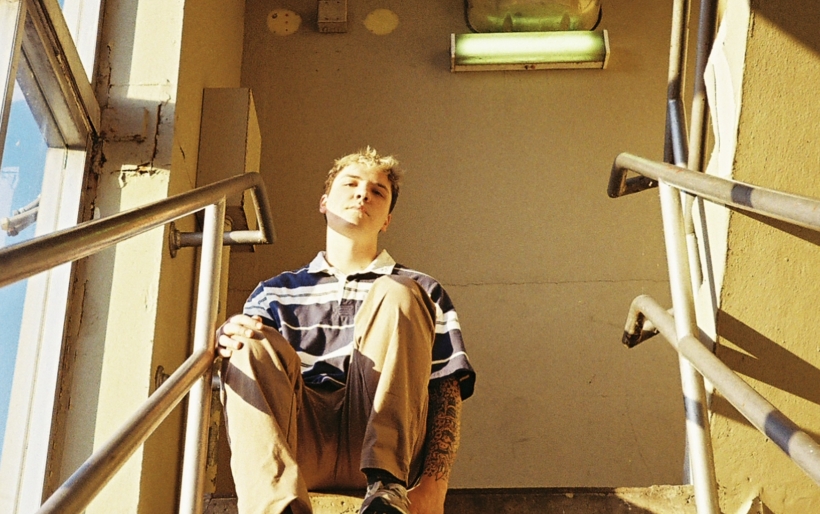 “Blood Moon,” the first single from Wilkes-Barre native songwriter Jonah Kramer’s project Fantasy Camp is out now. The basement recording project has been Kramer’s labor of love since he was 16, and is now finally making its full-length debut this October.

With “Blood Moon,” Fantasy Camp sets the tone for his seven-song LP Casual Intimacy out October 28th via Will Yip’s Memory Music. The tune is intoxicatingly lush, with deep, echoing layers of vocals and synth. The appropriately warm and grainy music video by Bob Sweeney–seen here doing what he does best, shooting vintage Super 8 film–captures the slow summery vibe of the sweet dream-pop song.

Every song on Casual Intimacy, Kramer says in a press release, was an exercise in writing the best love song he could. “I found myself romanticizing everything,” he says in reference to a period of casual dating that followed the ending of a serious long-term relationship. “Intentionally writing love songs about these made-up scenarios helped get me out of my comfort zone of only writing sad songs.”

Watch the video for “Blood Moon” below. You can pre-order Casual Intimacy at Memory Music here.