Never Turn Your Back On Mother Earth: The naturalistic drama of Neko Case resonates at Union Transfer - WXPN 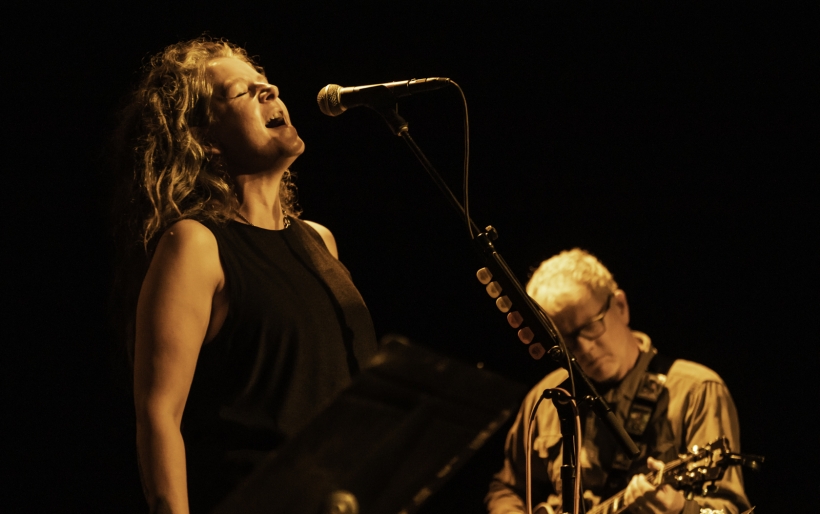 Never Turn Your Back On Mother Earth: The naturalistic drama of Neko Case resonates at Union Transfer

As we saw in a career-spanning set this weekend, Case is an artist whose work contrasts her love for the natural world and despair for its decline.

“Scorned as Timber, Beloved of the Sky” is the title of a painting by Emily Carr, featuring a lone evergreen – perhaps a Lodgepole Pine – its thin, bare trunk almost stretched to the edge of surrealism, its crown of needles backlit by a warm halo of sun.

The painting’s title is split in half, and inked wrist-to-elbow across Neko Case’s hind forearms, plainly visible at Union Transfer Saturday night, whenever the singer reached behind her neck to adjust her iconic vermillion hair, backlit by a warm halo of stage lighting.

It’s easy to see the parallels between Carr and Case. Carr’s painting worked to call attention to clear-cut deforestation practices that concerned the West-Coast-Canadian artist when she painted it in 1935, and features a lot of contrasting dichotomy too, highlighted by a barren, stump-studded landscape beneath a sky exuberant with the sunshine sustaining one last defiant tree. Case is an artist who also considers the Pacific Northwest her home, and who also crafts musical narratives rife with contrasts; she highlights the friction between her love for the natural world and despair for its decline, all described with lyrics that often vividly leverage birds and animals as metaphors in stories wrought with poetic economy.

In support of that, Case kept busy during the COVID pandemic writing “Entering The Lung,” a Substack newsletter where she meditates on the place of humans in broader ecology, calling it, as Pitchfork reports, “a diary of nature.” Now touring again, Case and company are supporting her upcoming release of Wild Creatures: a collection of about two dozen tracks, curated from the singer’s seven solo records.

Backed by four musicians including guitarist Carl Newman and drummer Joe Seiders – whom fans would immediately recognize as two members of her other project, The New Pornographers – Case delivered in an intimate setting two hours of her favorite catalog songs, a setlist heavy on the moody waltz-time country ballads like “Hell-On, “Maybe Sparrow,” and opener “I Wish I Was The Moon,” that showcase her magical pitch-perfect vocals.

See photos from the show and check out the setlist below.