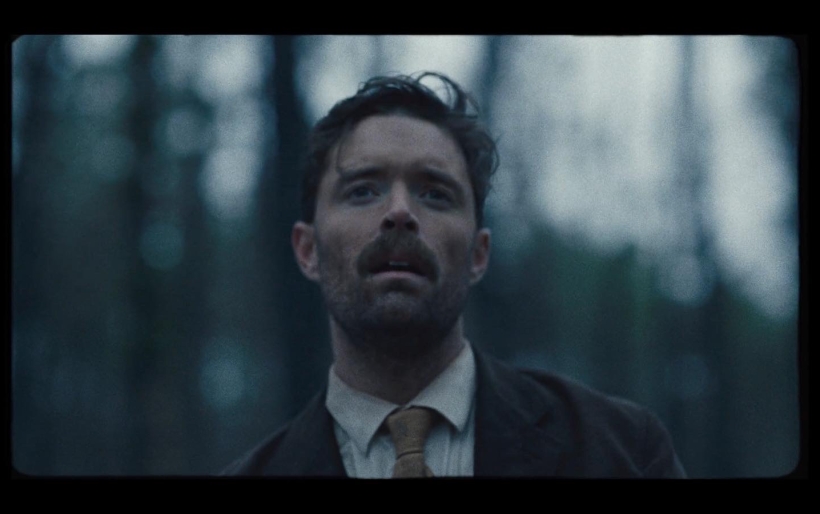 The clip’s gothic tone was inspired by the P.T. Anderson film ‘There Will Be Blood.’

Dominy is a Philly rock band with a decidedly vintage aesthetic, but their latest takes it much further back than normal.

The recently-released music video for the band’s moody rocker “True Love Will Always Haunt You” deals with loss and grief in a setting that evokes the cruel and unforgiving wilderness of 1800s America. The music is a somber departure from the band’s more carefree earlier work (ie. the catchy/silly “Leather Jacket Song,” which is great, but this runs deeper), and to add a visual dimension to the song’s “the disorientation of heartbreak,” frontperson John Dominy and filmmaker Dan Silver set up shop in the Pine Barrens of New Jersey last winter. We see Dominy pacing old cabins bathed in candlelight, wandering the snowy fields and woods in 19th century garb, being led to and fro by a series of specters — an apropos image as spooky season approaches.

“As big fans of the Daniel Day Lewis film, There Will Be Blood, we landed on the idea of setting our video in the past, with a Southern Gothic feel (Northern Gothic?),” says Dominy over email, adding that he, Silver, and the crew worked through the cold and freezing rain to capture the chilling clip, which you can watch below.

Dominy’s next live performance takes place this Saturday, September 17th at the Lounge at World Cafe Live; tickets and more information can be found at the WXPN Concert Calendar.