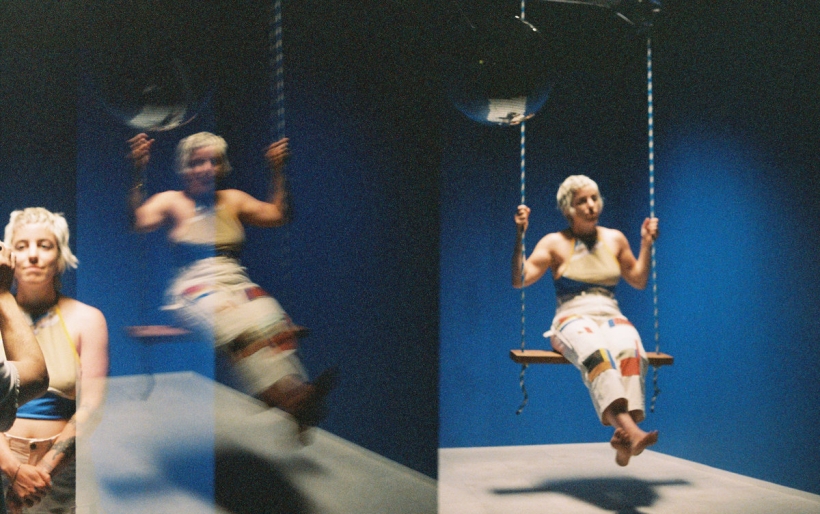 The band’s terrific new Delight In Eight LP is out now.

Philly singer-guitarist and songwriter Mimi Gallagher never has a shortage of musical projects at her disposal — she’s currently a member of DIY faves Cave People and Golden Apples, and in the past has played in revered acts NONA and Year of Glad — but, in a way, Eight is her baby.

The punkish, propulsive, and impeccably fun band just returned with its first project in seven years, the Delight In Eight LP, which is nine tracks (I’m sure a numerologist would have something to say about that) of music straddling the worlds of noisy punk and hooky pop, with hazy psychedelic moments in the mix for good measure. One of the latter, and an album standout, is “Rainbow,” a very heady song that finds Gallagher calling out hues from the color spectrum, and asking “what’s your favorite one?”

It’s like a punk answer to Peggy Lee’s “I Can Sing a Rainbow” — or Joseph and the Amazing Technicolor Dreamcoat, or Underworld’s “Juanita: Kiteless: To Dream of Love,” what’s your favorite one? — and the new music video for the song by Darby Irrgang follows Gallagher and featured artist Ivy 2 on a frenetic, occasionally freaky, and very fun road trip from the mountains to the shore and everywhere in between.

Watch below. Delight In Eight is out now, and the band celebrates the record this Friday with a show at Foto Club in Harrowgate; more information here.