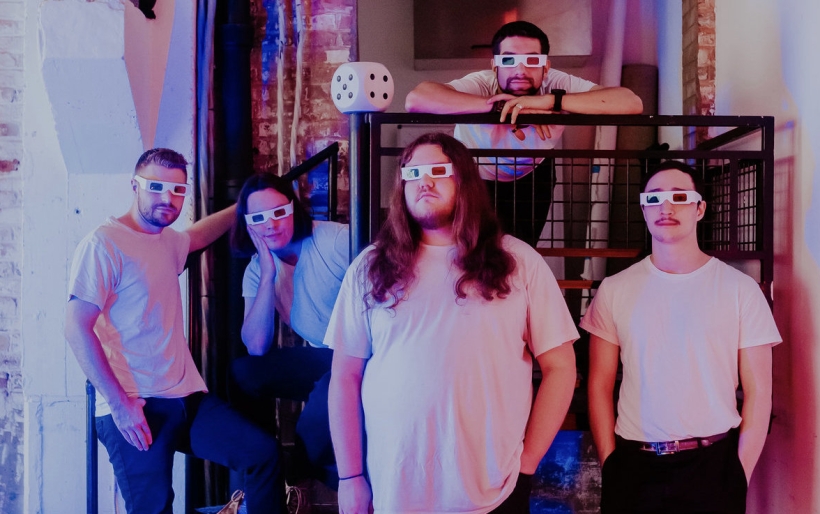 Goings begins its next chapter with heart-racing new single “Red”

The mathy Philly emo band will release its new trifecta of singles this fall on Refresh Records.

It’s been a couple years since the regional indie five-piece Goings released their debut album It’s For You, but they’re back with “Red,” a heart-racing new song that packs flourishes of math rock, emo, and prog into just under a five-minute runtime. The song will be followed up by two additional color-themed releases this fall on Refresh Records.

Goings is made up of keyboardist Aidan Rogers, bassist Keith Rogers, guitarists Jack Meidel and Kyle Bosler, and drummer Chris Kearney, also of Sweet Pill; the latter takes a starring role in their music video for “Red.” Directed by Ben Abrams, the video finds Kearney playing a disaffected, suit-clad person in a home office, passed out at a laptop, while a series of hypnagogic events transpire around him involving chess pieces, a boxing glove, cake, and a six-sided die dipped in gold and attached to a chain.

Watch the trippy clip below and purchase “Red” at Bandcamp now.