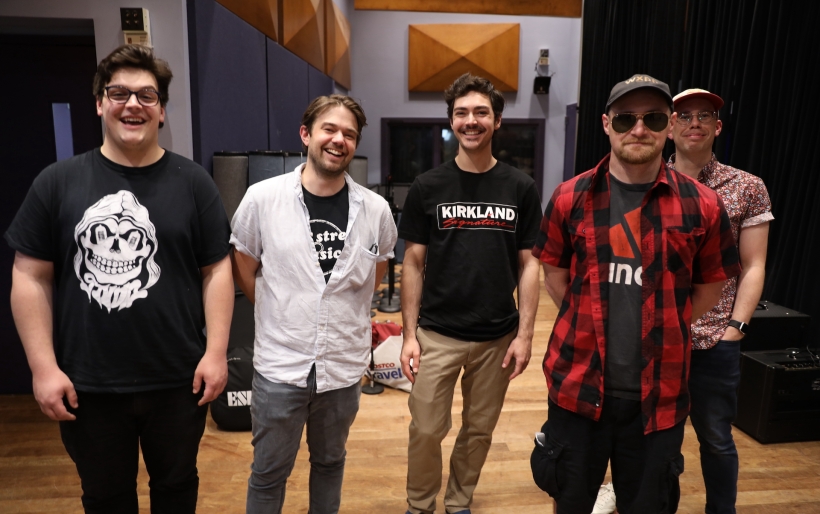 The Key Studio Sessions: The Tisburys

The Key Studio Sessions: The Tisburys

The seasoned Philly rockers will celebrate their new album ‘Exile On Main Street’ this Friday at XPNFest.

Every year, somebody from the Philly music community gives you a solid reason to arrive to the XPoNential Music Festival early, and this year that job goes to The Tisburys. On Friday, the seasoned Philly rockers and friends of the station — singer-guitarist Tyler Asay and bassist Doug Keller were both XPN interns once upon a time — will play the first-band, first-day role, kicking off our festival with a performance at the Wiggins Park Marina Stage.

It’s not just their first XPNFest that The Tisburys will be celebrating, though; the band is also releasing a brand new album that day, titled Exile On Main Street — yes, like the Rolling Stones album (as well as a nod to Main Street Music, the long-running Manayunk record store Asay works at), but also like the way The Replacements called one of their most iconic albums Let It Be, a title previously used by some band from Liverpool.

The Mats’ Paul Westerberg is a clear aesthetic and lyrical influence on Asay and his bandmates — as is Wilco’s Jeff Tweedy, not to mention some guy from Asbury Park — in the way they use tried-and-true rock arrangements with lush synth flourishes to tell stories of the ennui and everyday struggles of 21st century life. But for Asay, there’s always an undercurrent of hope and even romance, something we see in this week’s Key Studio Session.

Main Street‘s “On The Run In Harmony, NJ” is a tale of desire and desperation, a metaphorical murder ballad that’s more about feeling trapped and wanting an unattainable something greater out of life; it got a thundering performance at WXPN Studios. “The Garden,” the other new song, is the flipside to that angst, sharing optimism in the face of despair: “And if the rain it falls too hard, then you will know your plants are growing / And if the day turns into night, then you will know my light is burning.”

In addition to Asay and Keller, who also play in the very rad Riverby, The Tisburys are comprised of guitarist John Domenico, drummer Dan Nazario, and keys player Jason McGovern. Along with new jams, they dipped into their back-catalog for this set as well, sharing the 80s-dappled title track to their 2021 EP Pictures of Fireworks (love Domenico and Asay’s guitarmony trade-off on this), as well as two Petty-style heartland rockers from their debut LP Sun Goes Down, “Walk Away” and “Fading Light.”

Watch below, get psyched to see The Tisburys on Friday at the XPoNential Music Festival, and arrive early — they’re on promptly at 3:30 p.m. Tickets and more information can be found at XPNFest.org.