Generations of chic with Roxy Music and St. Vincent - WXPN | Vinyl At Heart 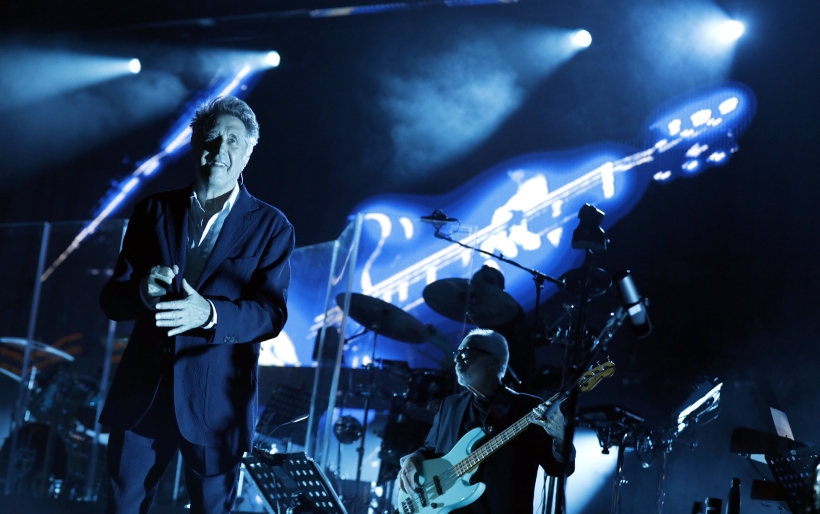 Generations of chic with Roxy Music and St. Vincent

Rock, art, and performance collided last night at The Mann Center in Philadelphia.

Last night was a beautiful night for music indeed. Lovely, cool temperatures and clear skies prevailed at the Mann Center for Performing Arts as two legends, Roxy Music and St. Vincent, dazzled the crowd with their respective takes on rock, art, and performance.

The night began with St. Vincent taking the stage as her band, The Down and Out Downtown Band, played a funky riff complete with wah-wah. This was my first time seeing her Daddy’s Home band and it was a huge difference from the Masseduction tour which featured St. Vincent by herself using effects pedals and backing tracks as accompaniment to her guitar. While the previous tour was impressive and bold, having a band there did flesh out the last two albums’ songs in fun, unexpected ways.

“New York” became a late-night cabaret sing-a-long and “Los Ageless” was an even more intense song than on record with strobing lights and harmonies and dance movements courtesy of backing vocalists Stevvi Alexander, Nayanna Holley, and Danielle Withers. The highlight was the final two songs: a blistering and downright metal take on Strange Mercy‘s “Cheerleader,” complete with on-the-floor guitar wrestling and a rousing drum solo by Mark Guiliana, into a beautiful, almost Broadway-ready performance of “The Melting of the Sun,” where the band all walked to the catwalk to lead the crowd in a sing along. 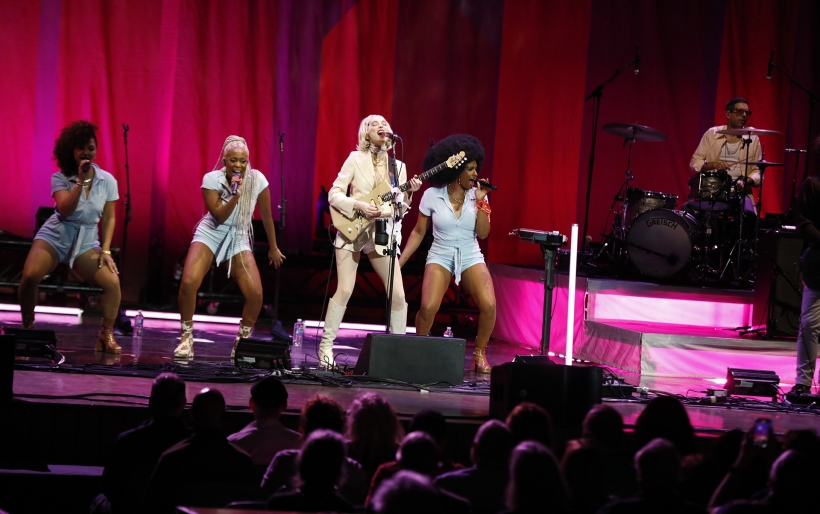 Roxy Music, while surprisingly less demonstrative in their theatrics than their tourmates, made up for that in reminding us that they are all incredible musicians with a catalog that basically inspired nearly every British act between the years 1975 and 1990 and beyond. The band hit their career highlights, from the beautiful chaos of their opener “Re-Make/Re-Model” to the smooth new age vibes of “Avalon.” Most of the night featured songs from that final studio album which ushered in and inspired sophistipop bands like The Blue Nile and Talk Talk, but they peppered in more playful fan favorites like “Ladytron” and “Editions of You,” showing off guitarist Phil Manzanera’s and saxophonist Andy MacKay’s chops.

Singer Bryan Ferry sounded amazing as well, playing with the tension of songs like “In Every Dream Home a Heartache,” where he had the crowd in the palm of his hand as they were clearly anticipating the line “…but you blew my mind.” The band and audience then completely erupted and Manzanera ripped what can only be described as one sick solo. 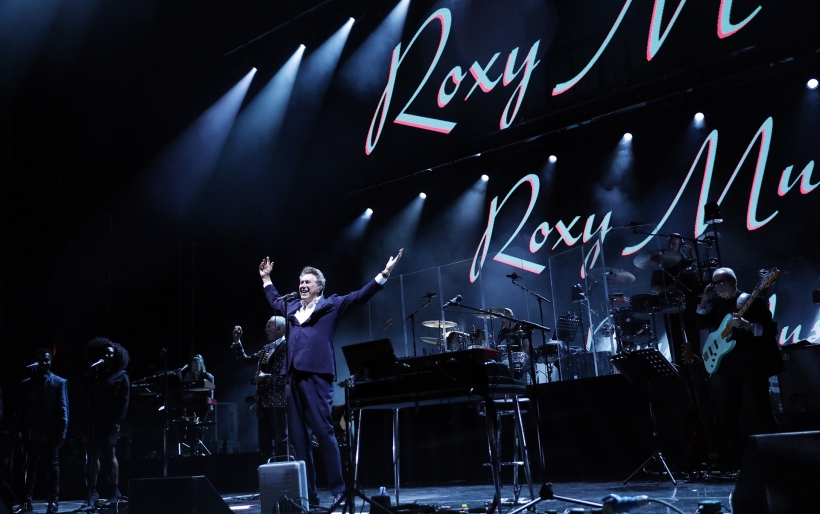 Roxy Music has long eschewed their over-the-top dress for a sophisticated look, and last night this was accompanied by artistic visuals that seemed inspired by Anton Corbijn (particularly during “Oh Yeah”) and 80s Manhattan chic. This worked well during the singles’ club anthem “Love is the Drug,” and what is probably their biggest hit “More Than This.”

The set ended with their rocker “Do the Strand,” and their suave take on John Lennon’s “Jealous Guy,” perfectly bridging the the mischievous and the serious as only great artists can.