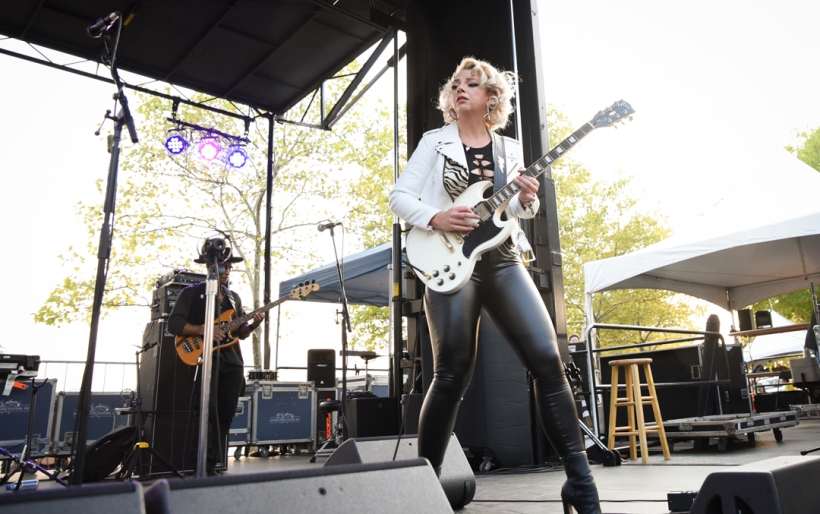 The modern blues veteran tore up the Marina Stage at Wiggins Park today.

The weather is perfect so far at XPoNential 2022. I mean perfect. But that didn’t stop Hurricane Samantha from rolling through the Marina Stage on Friday night. Kansas City singer-songwriter and guitarist Samantha Fish is one of those musicians preternaturally comfortable on stage, strutting her stuff with a bravado and showmanship that infects the crowd with a palpable energy, allowing them to fully let loose.

Playing a barroom blend of blues, rock and roll and country, Fish first rose to prominence back in 2009 with the success of her debut album, Live Bait, which captured the frenetic intensity of her already impressive live performance. Jump ahead to 2021 when Fish released her seventh solo record titled Faster on Rounder Records. Fish brought many of those new songs – including “Better Be Lonely” and “Twisted Ambition” – during her ripping set on Friday evening, turning the sound up to 11 and giving the audience all they could hope for.

What no album could have captured, is how effective Fish is as a physical performer, owning the stage in a way few artists can accomplish. The whoops and hollers were audible throughout as the crowd grew steadily till it began to overflow into the festival’s food and beverage tents, leaving the Friday night audience satisfied and wanting more.