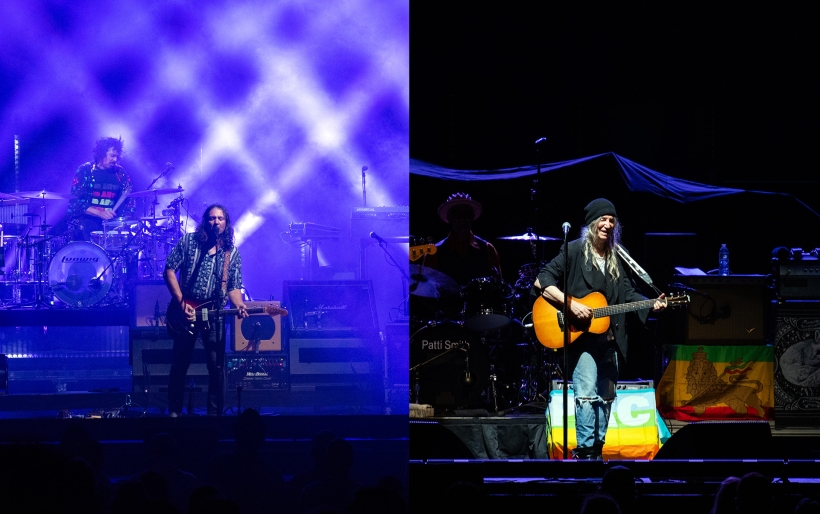 There aren’t a ton of similarities musically between Patti Smith and The War On Drugs, but there is a certain attitude they bring when at their best, an earnestness and workmanlike quality that make them ideal performers to cap off a beautiful opening night at XPoNential Music Festival 2022.

Patti Smith is an artist that does not need any praise or approval from me, but let me heap some on anyway. She was simply arresting as she took the stage on Friday night, a force that commanded attention throughout her set. There are a lot of legacy artists still plying their trade, but few feel as vital as Patti Smith. Simply, she is an artist who talks the talk and walks the walk. The Freedom Mortgage Pavilion was blown away by her eclectic blend of covers, old favorites, and even some well-placed poetry.

The middle of the set, specifically, was highlighted by an extended jam which saw every member of her impressive band get into the action. She then dove into what she coined her “Dog Trilogy” which featured a ripping Stooges cover, an original poem, and Bob Dylan’s “One Too Many Mornings”. “Use your voice!” she implored the audience as she left the stage, advice she has followed for nearly 50 years now, and continues to this day. 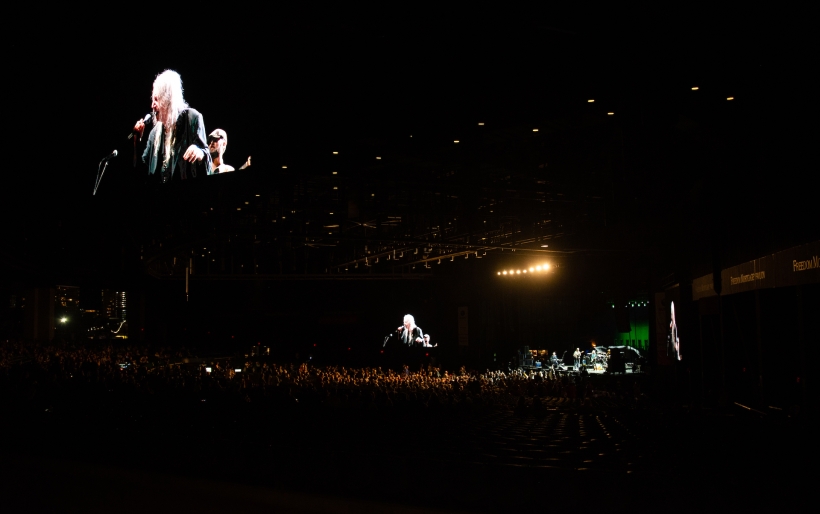 Just like Patti Smith and Her Band, The War On Drugs are musicians who favor craft over flash and, at this point, are one of the most well-oiled machines in rock and roll. The band played songs from all over their increasingly impressive catalog, including their excellent 2021 record I Don’t Live Here Anymore. If you were to make a graph of the experience of a War On Drugs show, it wouldn’t look quite like any other bands’. Rather than rising and falling, going from rocker to ballad, The War On Drugs’ songs have a way of washing over you, creating a slow build that permeates its way through the audience. If it was a mix of people sitting and standing at the outset of their set, it didn’t last long, as the rising action made its way throughout Freedom Mortgage Pavilion.

What’s also evident is how much show Garduciel and company get from performing in the Philadelphia area, a place they once called home. When he says WXPN is the best radio station in the world, you can tell it doesn’t come with a hint of pandering, which has a way of making everyone feel like a part of some epic homecoming. Friday night marked the fourth XPoNential Music Festival performance for Adam Garduciel and the rest of The War On Drugs and I for one would welcome a dozen more.