Firefly On The Fly: Anthems for elder emos with My Chemical Romance, Weezer, Avril Lavigne, and more - WXPN 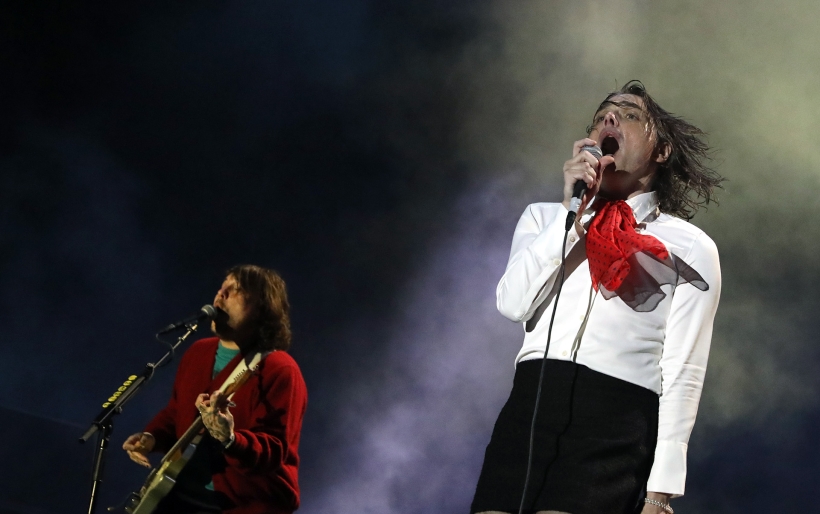 Firefly On The Fly: Anthems for elder emos with My Chemical Romance, Weezer, Avril Lavigne, and more

If there was an energy of Firefly’s Friday mainstage lineup, it was Warped Tour bands circa 2000 to 2004, playing to way more people than they ever might have at the Vans package run. All Time Low into Avril Lavigne into Weezer into My Chemical Romance was totally complimentary, if a bit samey — which is why we spent an equal amount of our day seeing what was what on other stages, from hip-hop to alt pop and beyond.

Here’s what we heard and saw on Firefly day two. 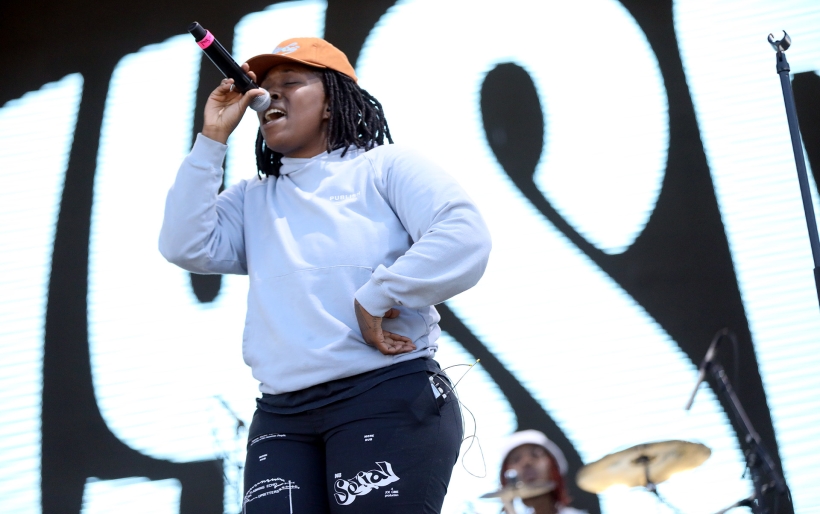 First up on day two of Firefly was NC-born, BK-based, PHL-made rapper and singer-songwriter Ivy Sole. Backed by an all-star band of Philly shredders — Larry Monroe Jr. on guitar, Cam Cephas on drums, Max Hoenig on keys — Ivy Sole and their band jammed to catalog highlights like “Bamboo” from this year’s Candid and the politically charged “Heavy” from 2022’s Southpaw, as well as a cover of “Slowly, Surely” by Jill Scott. “We’re from Philly,” Ivy said. “We gotta pay tribute to our elders.” 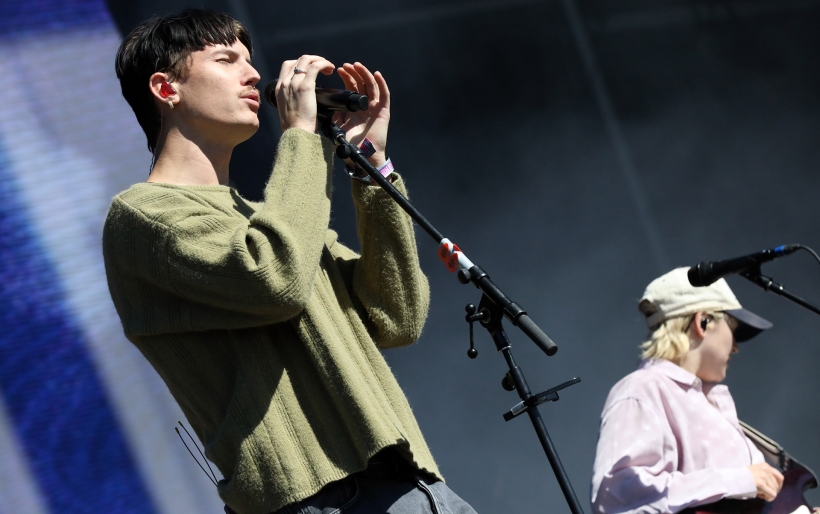 The downshot to those festival slots early in the day: production tech isn’t always firing on all cylinders. As such, New York singer-songwriter Gus Dapperton couldn’t hear himself for the first few songs of his set, and it threw off his vibe from chill and engaging to downright withdrawn. Once things got going, and his expansive six piece band delivered a mellifluous set of breezy modern rock tunes showcasing his new album Orca — from “Bluebird” to the rousing “Post Humorous.” He also threw in his cover of Bruce Springsteen’s oft-covered “I’m On Fire,” a solid way to get me to pay attention to at least three minutes of your set. 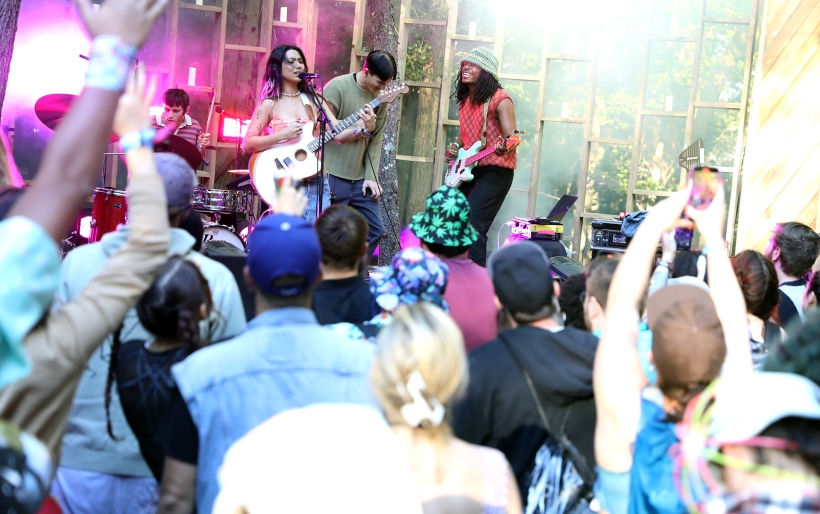 Excitedly taking the Treehouse stage in the late afternoon, Los Angeles alt pop trio Spill Tab announced that this set marked their first ever festival gig. They seemed like seasoned pros, fitting right into the day’s energy with vibey grooves, big beats, layers of vocals and massive choruses: a little bit indie, a little bit arena aspirational, kindred spirits of Soccer Mommy, Lorde, and fellow Angeleno Billie Eilish. Comprised of Claire Chicha on guitar and vocals, with bassist Caleb and drummer Gabe, Spill Tab got a brief circle pit going (another first for them) during the dirty disco bass-led “Pistolwhip,” and did a charming ukulele cover of Usher’s “Yeah” — one of those “I know these lyrics from somewhere” moments. It was a terrific introduction to these tour mates of Gus Dapperton, who popped up from backstage (with much more energy than his mainstage set) to join them on the set-closing banger “Velcro.” 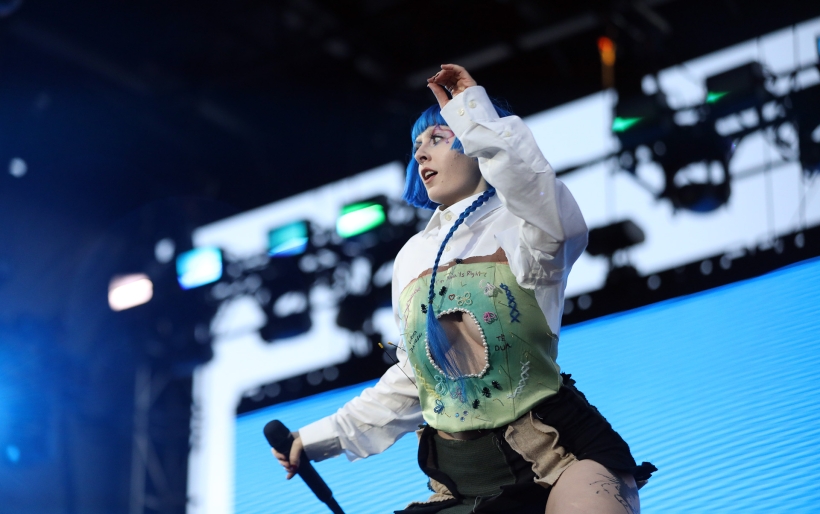 Left of center pop star Ashnikko is many things. She’s fun, bouncing across the stage, high kicking to bass drops and hyping the crowd up as they sing along. She’s freaky, a spectacle in blue hair and runway chic tattered attire, playing in front of an Everyday Is Halloween backdrop, pitch shifting her vocals and looping laughs into demonic haunted house fare. She’s frank about sexuality, grinding to the lusty “Slumber Party” and then playfully saying “Thank you to gay people only. Just kidding, thank you to everybody, but specifically gay people.” But she’s also vulnerable, and gave her set a moment power ballad reflection, “Panic Attacks in Paradise,” espousing self love and self-care. 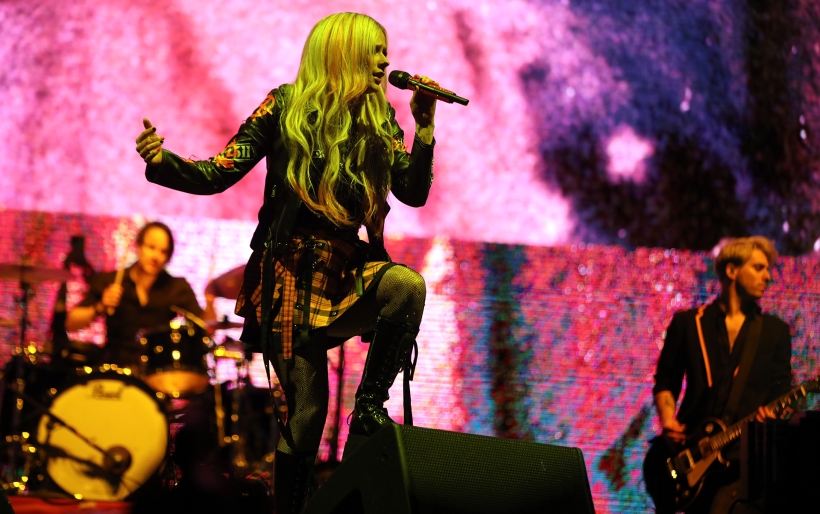 Earlier in the day, All Time Low frontperson Alex Gaskarth hyped up the crowd saying “What a lineup! I mean, we’re seeing Avril Lavigne, that’s something you don’t get to do every day.” A lot of folks felt the same apparently, and the main stage was packed out past food stand row when she took the stage at sundown. Lavigne’s new single “Bite Me” might be a tad bit corny, but sandwiched between “Girlfriend” and “What The Hell,” it worked; the screamalongs to her 2002 hits “Complicated” and “Sk8er Boi,” though, were some of this festival’s best moments of positive nostalgia so far; bringing Gaskarth back onstage to cover Blink-182s “All the Small Things” took that vibe even higher. 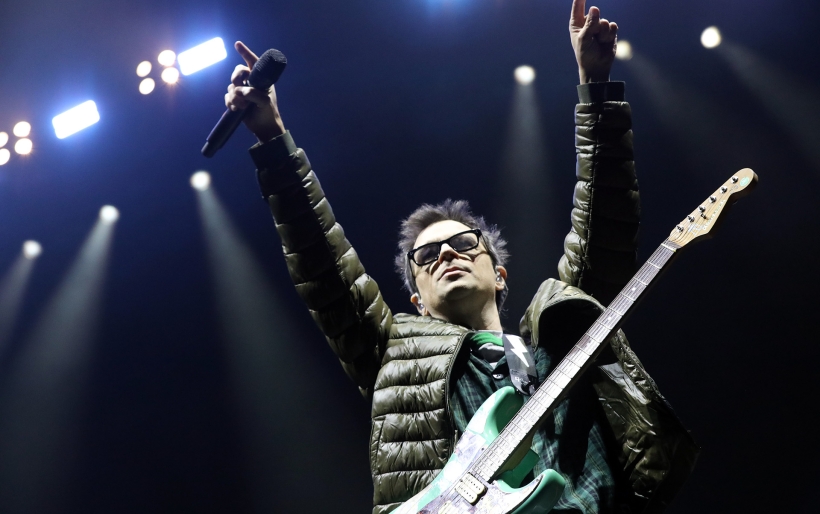 When we last saw Weezer at Firefly in 2017, it was little sad if we’re being honest. It was a midday set, the crowd seemed tired, the band seemed tired, it was very stiff and going-through-the-motions-y. This was not the Weezer we got last night. Rivers Cuomo and his bandmates were loose, having fun, obviously happy to be there — playing after dark to a ton of people helped, I’m sure — and while they frontloaded the set with hits (“My Name Is Jonas,” “Hash Pipe,” “Beverly Hills”) they were just as apt to go off on excursions like the jaunty “Records” from their Summer album, the dance-ready “What Happens After You” from the new Autumn (“We were gonna call it fall and then realized no one outside the US calls it fall. And then the Smashing Pumpkins announced their new album is called Autumn.”), the mini rock opera “The Greatest Man That Ever Lived,” and a cover of Wheatus’ “Teenage Dirtbag” that I think may have opened a new portal in the multiverse. 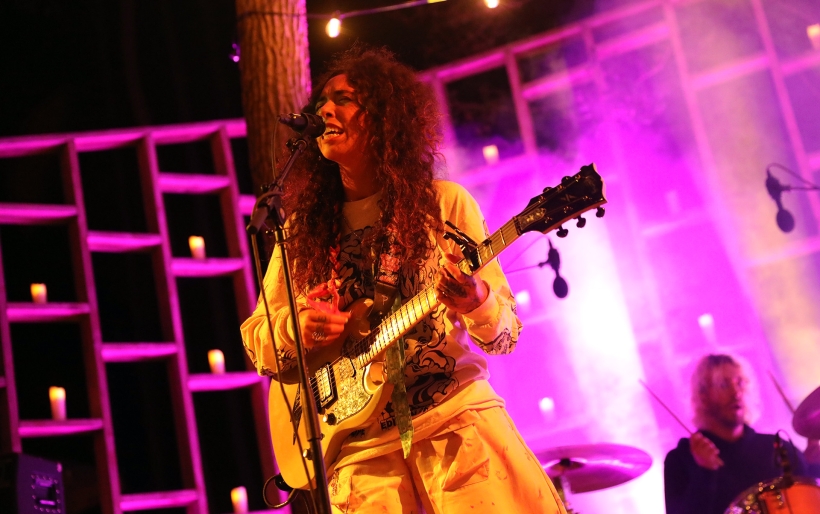 Even as the end of Weezer’s set was roaring in the distance, Indigo de Souza showed a stunning command of emotive dynamics over at the Treehouse. “Ghost” was funny and severe at once, “What Are We Gonna Do Now” was hushed and sublime. When requests got too heady, De Souza demured: “I’m not much of a shredder.” Be that as it may, the wonderfully cathartic finale of “Kill Me” was as gripping as any mathy riff or soaring solo might have been. 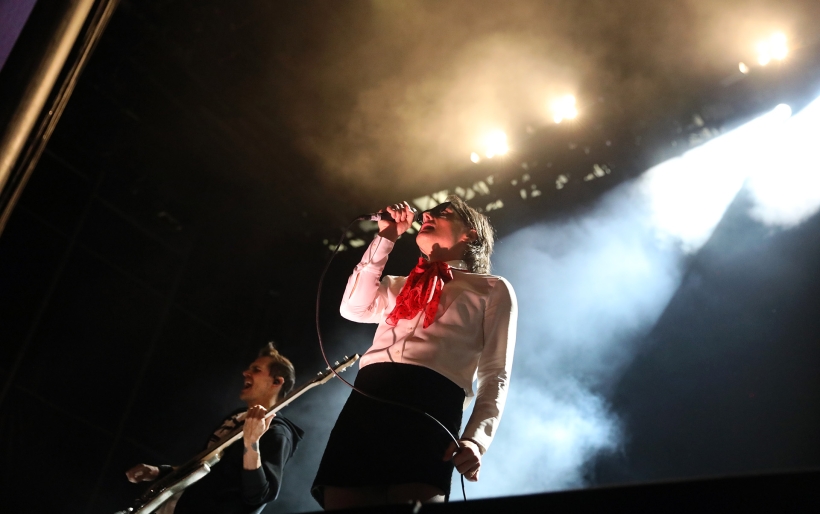 Like seriously, though. What a freaking band, one whose understatedly broad palette can bring together elder emos, prog dads, and goths of all ages; one who can be tight as players and loose as personas; one that successfully got tens of thousands of Firefly fans to rage outside in the 48-degree chill last night. MCR’s setlist varied decently from their Philly show earlier this year — featuring a new live rendition of “Planetary (GO!),” as well as “Summertime” and “DESTROYA,” all off Danger Days. But the biggest difference we got at Firefly versus Wells Fargo Center was the roving festival camerapersons getting shots of throngs of fans in a moment of collective rapture and broadcasting them on the big screen for all to see. You often hear about how much My Chemical Romance means so much to a lot of people; actually seeing it in real time is an altogether different thing.

Below, check out a gallery of scenes from Day Two. Firefly continues today, and we’ll have live Instagram Stories reporting from the festival all day long; follow along at @wxpnfm.