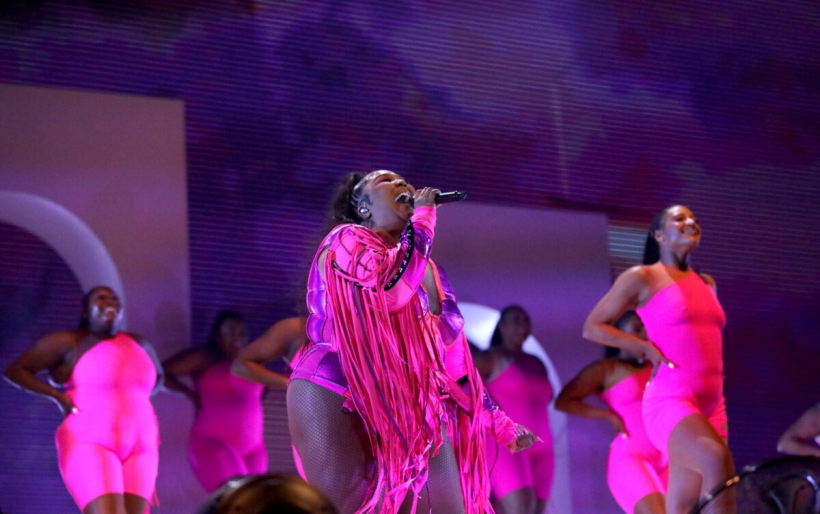 From New Order on Sunday to Carly Rae Jepsen on Saturday, there’s a wide array of live music for you to take in this week.

Think it was going to be an easygoing week after back-to-back, wall-to-wall music festivals? Think again. We’re on the cusp of what promoters like to refer to (some ironically, some seriously) as Rocktober, and the sheer volume of shows coming through town this week sets the stage impressively. Here are 20 concerts to see in the next seven days, all around Philly; for tickets and more information, head to the WXPN Concerts and Events page.

Sunday 9/25: New Order and Pet Shop Boys at The Mann

Philly icons mewithoutYou may be no more, but we still have Grand Rapids post-hardcore outfit La Dispute to fill all our poetic and propulsive punk needs. Very few tickets remain for their TLA show tonight with Sweet Pill and Pictoria Vark. // 8 p.m., $27.50 and up, AA

La Dispute - Footsteps at the Pond (Live At Studio 4)

Speaking of Michigan, the slack rock three-piece Bonny Doon are cult faves in the basement show world, and over the past eight years have amassed a highly digable Bandcamp catalog. They’ll bring their most recent LP San Francisco to Johnny Brenda’s Monday; Philly’s The Goodbye Party opens. // 8 p.m., $15 and up, 21+

Any week we get to spend some time with singer-songwriter Michaela Anne is a good week; Tuesday night she headlines at Phantom Power in Millersville, and then heads a couple hours east to perform the following day in the Lounge at World Cafe Live. // 7 p.m., $15, 18+

Michaela Anne - Who You Are

Are you ready to sing along? Because Las Vegas’ finest arena rockers The Killers have a catalog custom built for that, and they’ll bring it to Philly this week to headline Wells Fargo Center; Johnny Marr opens. // 6:30 p.m., $34.50 and up, AA

Wednesday 9/28: MUNA at The Fillmore

MUNA - What I Want

We first encountered multi-instrumental powerhouse Cedric Burnside during the Mississippi Blues Project a decade ago, and at that point he was mostly drumming. Now he’s playing guitar, singing, and rocking Ardmore Music Hall with Black Joe Lewis and the Honeybears. // 8 p.m., $25, 21+

If you need a concert pick to convince you that seeing Lizzo perform live is a good idea, you might want to check your pulse. Special is an incredibly eclectic, incredibly fun album, and her Wells Fargo Center concert Thursday might be the party of the week. // 8 p.m., $39 and up, AA

Thursday 9/29: Death Cab For Cutie at The Met

Or maybe you prefer to get sad on Thursday? Then look no further than The Met, where veteran emo outfit Death Cab For Cutie will showcase their great new album Asphalt Meadows. Arrive early, have your minds blown by Low. // 8 p.m., $45 and up, AA

We were heartbroken when 15 minutes of rain caused Courtney Barnett and Lucy Dacus’ Skyline Stage concert to be cancelled this summer, but seeing Dacus play her biggest Philly show to date at Franklin Music Hall is a fine consolation prize. This gig kicks off her tour with quirky Philly duo Crooks and Nannies. // 7 p.m., $36, AA

Philly singer-songwriter Shannen Moser’s masterful new album The Sun Still Seems To Move is out Friday, and they’re throwing an album release party to celebrate at Johnny Brenda’s. It’s tender, delicate, and moving, and demands repeat listens; pick it up at the show and take it home with you. // 8 p.m., $15, 21+

Friday 9/30: King Princess at The Fillmore

Speaking of openers from Kacey Musgraves’ tour this winter, NYC cool person King Princess is back in town, also at The Fillmore, and they have a new album with them called Hold On Baby, and it features “For My Friends” and some other songs that Kacey fans got to hear first back in January. // 8 p.m., $39.50, AA

King Princess - For My Friends

Australian indie rock singer-songwriter Stella Donnelly brings her new album Flood — which Pitchfork called “stark and lovely” as well as “confrontational” — to Philly this week, headlining The Lounge with Philly’s Kississippi getting the show started. // 8 p.m., $18 and up, AA

Stella Donnelly - How Was Your Day?

One more installment of Upper Merion’s Concerts Under The Stars series is in order, and this week it’s reggae vibes on a cool Friday night with genre leaders The Wailers. // 7 p.m., $22 and up, AA

Last year, folk singer and activist Billy Bragg released The Million Things That NeverHappened, an album of pandemic reflections in his raw and honest style. Hear him play them, and showcase his much-loved back catalog, this Saturday at The Keswick. // 8 p.m., $35 and up, AA

Feeling poptimistic? Carly Rae Jepsen’s new album The Loneliest Time comes out in three weeks, and if you’re not sure why this is cause for excitement, again, please check your pulse. CRJ is back in PHL Saturday to headline The Met. // 7 p.m., $40.50 and up, AA

From her days in The Story to her storied solo career of the past two decades, it’s always a pleasure to catch up with our friend Jonatha Brooke. There aren’t any specific releases tied to her fall tour, so expect a wide-ranging showcase of her catalog when she plays World Cafe Live Saturday. // 8 p.m., $30 and up, AA

If Brooklyn soundscaper L’Rain blew your mind this summer opening for Animal Collective, this fall is your chance to see the artist — known offstage as singer, songwriter and multi-instrumentalist Taja Cheek — in her own element when she headlines Johnny Brenda’s. L’Rain’s most recent release, Fatigue, came out in 2021. // 8 p.m., $17, 21+

Saturday 10/1: You Too Fest at Underground Arts

The good folks at WKDU have teamed up with Love City Brewing and Sims Harden from Philly’s Mesh (aka @u2_is_a_government_drone) for a day-long concert and pop-up market at Underground Arts featuring music care of folks like Ghösh, Destructos and Purling Hiss, as well as vending by Lot 49 Books, Big Top Vintage, and many more. // 12 p.m., $29.50 and up, AA