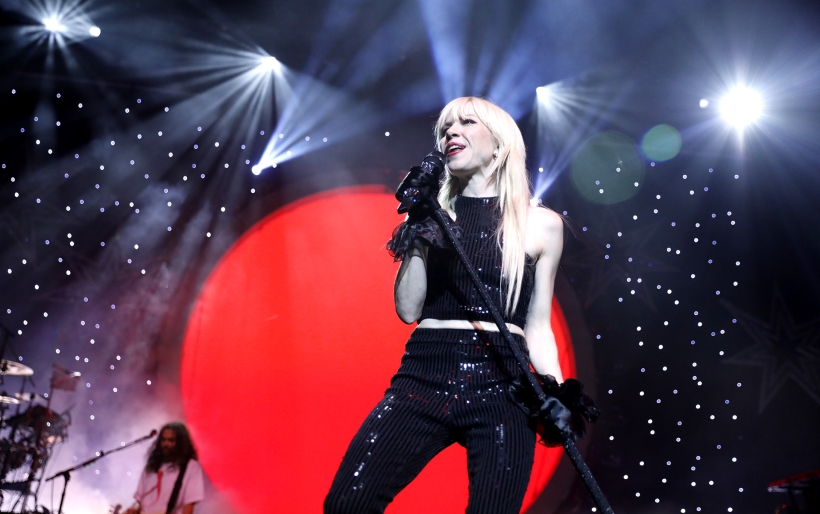 The Canadian pop songstress and her band came out and gave us their all at The Met: hit after hit, sing-a-long after sing-a-long.

One day scholars and critics will crack why and how Carly Rae Jepsen captured the hearts and minds of so many 25- to 50-year-olds in the 20-teens. Is it her relatable lyrics about realizing that some people aren’t just worth your time? Is it her songs admitting that it’s okay to have a spur of the moment romp wherein both parties know this is just for funsies? Or is her music just so catchy and her personality so winning that no one can help but like Jepsen? I will leave the answer to the ages. All I know is, The Met was filled last night with thousands of adults practically dressed for the autumn weather in hoodies and flannel – with fans more glammed up the closer you got to the front – all enjoying the Canadian songstress’s catalog in a very wholesome way.

Jepsen’s set began with an animated moon letting us know that this show is all about forgetting the worries outside the theater, having a great time, and that, oh yeah, “This Love Isn’t Crazy.” With that, Carly Rae Jepsen and her band came out and gave us their all: hit after hit, sing-a-long after sing-a-long with just a band, two back-up singers and a screen that displayed lyrics, animation, and clips from her videos. Despite what on paper seems like a scaled-back production (touring being nearly prohibitively expensive these days), Jepsen and her team worked the stage deftly and had no need for elaborate dance sequences or over the top stage sets. Her songs were enough to carry the show. She even played super-hits “Run Away With Me” and “Call Me Maybe” fairly early in the set, a bold move if you ask me. 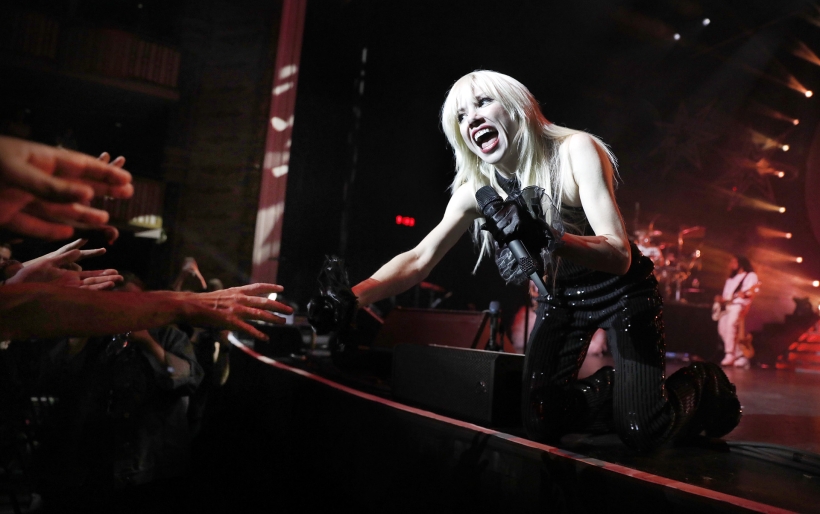 Some highlights were “Emotion” which stopped abruptly to segue into “Favorite Colour” (causing a funny bit of confusion in the crowd, and Jepsen teased us for not keeping up), “I Really Like You” (featuring a projection screen cameo from the star of the music video, Tom Hanks, causing a universal “YESSSS!” from everyone), and the sneaking in of a bit of “Fake Mona Lisa” during the deep cut favorite “Boy Problems.”

Carly Rae Jepsen has a new album The Loneliest Time coming out later this month. She played four songs from the upcoming release: the three singles released so far as well as the new to most of us “Go Find Yourself or Whatever,” which is a collab with former Vampire Weekend member Rostam. The new songs have more of a singer-songwriter feel and I for one cannot wait to hear the album in full and see what the next chapter in Jepsen’s career has in store. 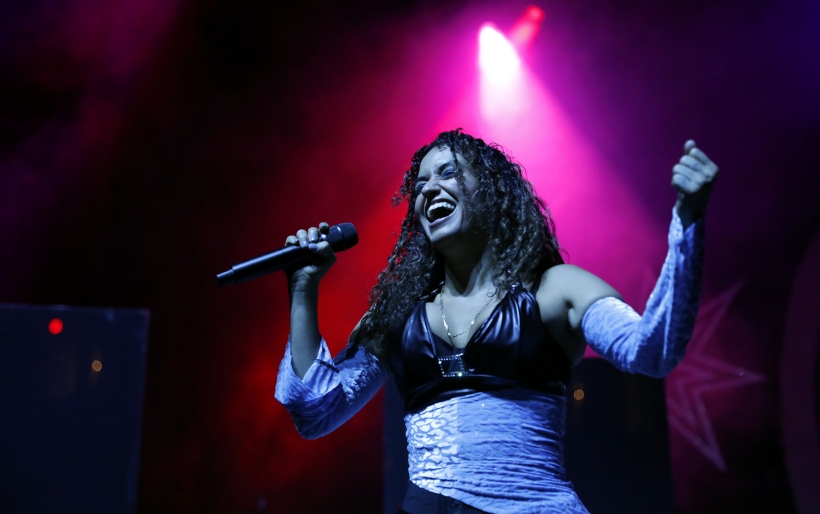 Empress Of | photo by John Vettese for WXPN

Jepsen’s opener was the excellent Empress Of who played a set that was designed mostly as a continuous mix and covered a good chunk of her discography. Singer Lorely Rodriguez came out with a DJ and tore up the stage, dancing in front of full-length mirrors, giving us one club banger after another with thoughtful lyrics about resilience, feminism and caring for yourself.

All night, I kept looking around seeing people singing along, having a great time and losing themselves dancing to some fun freaking music. Carly’s moonlady animation was right: forget your cares and enjoy yourself every once in a while, it will do you a world of good.