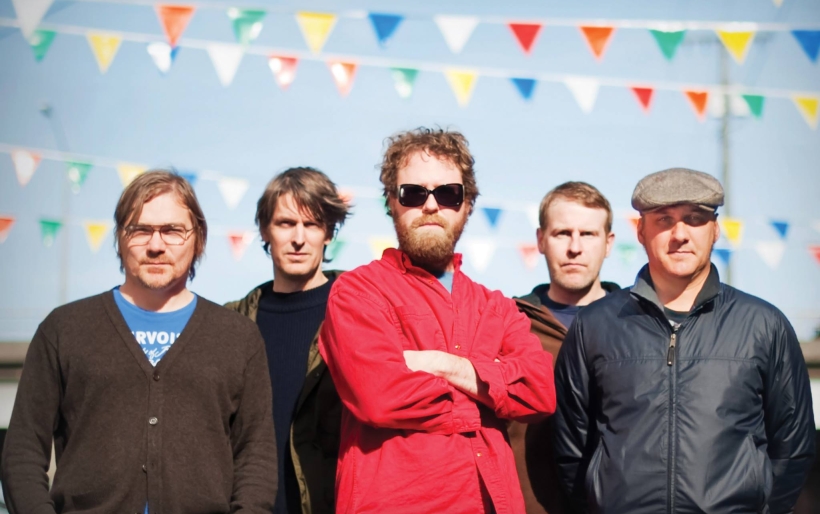 Pavement | courtesy of the artist

Happy October! Get the month started with a show for every day of the week – or, at the very least, catch one show this week, since the options are terrific. Here are 17 concerts to see in the next seven days, all around Philly; for tickets and more information on them, head to the XPN Concerts and Events page.

New Jersey born singer-songwriter John Gorka has been an active voice in the contemporary folk world for 35 years, and released his 12th studio album, True In Time, in 2018. This veteran of the circuit makes a stop at Lehigh Valley folk hub Godfrey Daniel’s to get the week started tonight. // 7 p.m., $45.50, AA

Ghanain party starter Ata Kak spent a quarter century honing his craft before the tastemakers at Awesome Tapes From Africa introduced him to American listeners a decade ago. After a two-year pandemic delay, his first ever U.S. tour is happening now, and stops at Johnny Brenda’s on Monday. // 7 p.m., $18, 21+

Melding 70s singer-songwriter stylings with 50s proto-pop melodies so vintage they landed a Roadhouse gig on Twin Peaks: The Return in 2017, Minnesota sibling duo The Cactus Blossoms expanded their catalog this spring with the release of One Day, their fourth studio LP. Hear them play it on the Bucks County / Montgomery County border this Monday at The Sellersville Theater. // 7:30 p.m., $15 and up, AA

A revered pop / rock songsmith for some 45 years, Squeeze’s Glenn Tilbrook is on a solo run this fall, and he stops in Philly this Tuesday at City Winery. His main band released their 15th studio album, The Knowledge, in 2017; Tilbrook’s last solo outing of new material, Happy Ending, came in 2014, and on both fronts he has a vast back-catalog of tunes to draw from at this Tuesday night show. // 8 p.m., $35 and up, 21+

Before they play a Central PA festival later this week, you can see Chris and Oliver Wood and their bandmates in Central NJ on Tuesday. The roots combo fuses bluegrass, gospel, and rock, and has released seven studio albums since 2006, most recently Kingdom In My Mind. They’ll spend Tuesday at Mayo Performing Arts Center. // 7:30 p.m., $30 and up, AA

The Wood Brothers - Alabaster (live at The Bridge)

Wednesday 10/5: Pavement at The Met Philly

It’s been 30 years since indie icons Pavement changed the game with Slanted and Enchanted, their whiteout-smeared Matador Records debut, so a celebratory tour is in order. If you didn’t catch the band on their reunion run a few years back, their postmodern wordplay and delightfully askew hooks will be on display at The Met this Wednesday. // 8 p.m., $47 and up, AA

Dublin post-punk brawlers Fontaines D.C. made a huge impact with Skinty Fia, their gripping sophomore album released earlier this year. After seeing them at a packed house Free At Noon on release day, and sweating it out with them at Underground Arts that might, we’ve got a chance to catch up with them this Wednesday at The Stone Pony. // 7 p.m., $32, AA

Fontaines D.C. - Jackie Down The Line

Thursday 10/6: Jon Spencer and the HITmakers at Tellus360

After many years fronting the legendary Blues Explosion, punk royalty Jon Spencer is on the road with his current outfit The HITmakers – a four-piece fleshed out by Quasi’s Sam Coomes and Janet Weiss on synthesizers and drums respectively, as well as Bob Bert on “trash”…which, we’ll let the Tellus360 audience find out what that means in person when the band plays Thursday. The HITmakers debut Spencer Gets It Lit came out in April. // 7 p.m., $15, 21+

Last seen around these parts on a hot Saturday in July, playing The Dell for Connor Barwin’s Make The World Better benefit, Welsh singer-songwriter Cate LeBon is back in Philly and headlining Union Transfer. Her albums are wildly experimental but also highly approachable, like this year’s Pompeii, which mixes heady hooks, psychedelic atmospheres, and vibrant shredding. // 8 p.m., $22, AA

A central voice in the underground New York rap collective Armand Hammer – and a collaborator with many Philadelphias, including Moor Mother, Curly Castro, Zilla Rocca, and Small Professor – MC billy woods surprise-released a new record Friday called Church on his own label Backwoodz Studioz. Pitchfork calls it “an exploration of memory, faith, marijuana, and fate,” and woods plays it live for his Philly fam this Thursday at Johnny Brenda’s // 8 p.m., $18, 21+

Chill as hell downbeat outfit Morcheeba is back on the road this fall, with a stop at Brooklyn Bowl Philly on Thursday. Though best known for their 90s outings Who Can You Trust and Big Calm, the trio — fronted by magnetic vocalist Skye Edwards — has released records at a steady clip over the past 25 years, most recently last year’s Blackest Blue, their tenth studio album. // 8 p.m., $27, 21+

Groovy Philly guy Kyle Sparkman has been a sideman for folks in the singer-songwriter scene like Emily Drinker, but he’s got knockout pop chops in his own right, and they shine on his solo debut Irrational Actors, released last week. A little bit funky, a little bit psychedelic, it’s 38 minutes of sonic bliss, and Sparkman celebrates it Friday at Silk City. // 7:30 p.m., $15, 21+

The last time legendary Euro-soundscapers Stereolab played Philly, it was at an extremely sold out Union Transfer. Advancing to the Franklin Music Hall for this Friday’s appearance, there will either be more space to move around, more devotees in the room, or both. Last month, Stereolab released Pulse of the Early Brain, a fifth (and possibly final) installment of their long-running Switched On series showcasing the breadth of the band’s career through deep cuts and live tracks. // 8:30 p.m., $35, AA

One might think we’d be approaching the point of the year where festivals start to lose their lustre, but not for us, not when the lineup is as good as York’s inaugural White Rose Music Festival. Spread over two days at the minor league stadium Peoples Bank Park, the lineup is full of XPN faves like Grace Potter, Margo Price, and The Wood Brothers. // 4 p.m., $100 and up, AA

From spirituals to R&B / soul classics to protest anthems delivered in glorious a cappella, a performance by Resistance Revival Chorus is a powerful experience. Before they take the stage for one of The Mann Center’s unique “downstage” shows – followed by an appearance Saturday at York’s Strand Theater – get to know them in this recent interview with World Cafe’s Raina Douris. // 7:30 p.m., $36, AA

The percussion-heavy Ukranian folk outfit DakhaBrakha brings their dazzling live show to the region this Saturday for a headlining show at Delaware’s Arden Gild Hall. The band calls its vibrant and eclectic style “ethno-chaos,” and if that description doesn’t have you intrigued, their popular Tiny Desk Concert will. // 8 p.m., $39, AA

If you didn’t catch their PhilaMOCA show this summer, this Saturday night is a great time to catch up with Philly indie rockers Pine Barons. With a new album paying tribute to the Japanese psychedelic alternative band Fishmans, as well as a recent record of terrifically spacey originals that they didn’t get to play live because of COVID, the band has a lot to bring to the stage. // 8 p.m., $15, 21+