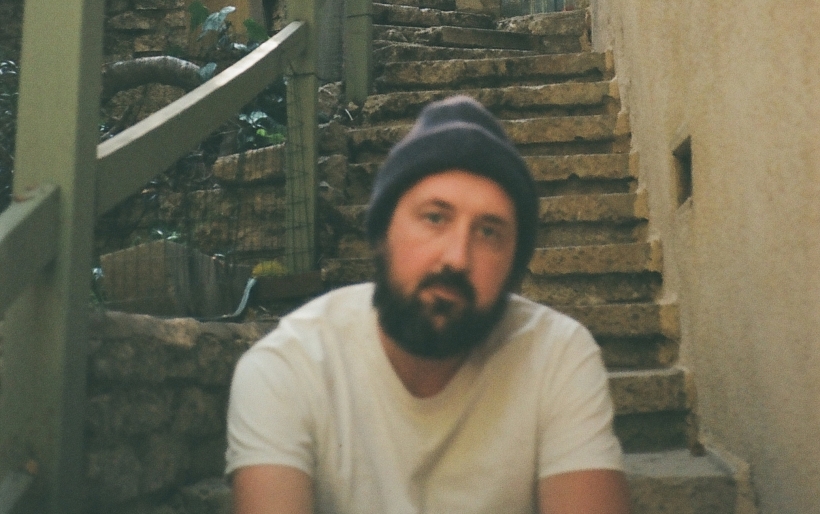 Having Fun Again: Talking about the new album ‘Flowers’ with Peter Mathew Bauer

From Philly to LA, the indie veteran talks about finding a good, honest place to make a record.

Peter Mathew Bauer is far from new to the music scene. As a member of The Walkman he released seven albums, an after the band decided to take an extreme hiatus in 2014, Bauer released his first solo album Liberation!. He followed that up in 2017 with Mount Qaf and just released his third solo record Flowers, his first new music in five years. A lot has changed for him and the world in that time, and he was gracious enough to sit and talk about the new project and the state of music with us.

Josh Leidy: This is your first album in almost 5 years correct? A lot has changed since your last record; was there a lull creatively that led to the layoff?

Peter Matthew Bauer: Hahaha, yeah, maybe in some part that’s why. But I was working on some other people’s music. Bands that I manage, you know, also right before the second album Mount Qaf, I moved from Philly to LA and just the cost of living difference, I had to work and start a business and really concentrate more on that. So I did work with a lot of artists and produced some stuff and managed some records, and I started a record label [Fortunetellers], so I just didn’t really have the time.

JL: That makes sense. It’s difficult to pour everything into your own music when you’re trying to spin so many plates. So you think time was the main reason?

PMB: I would say that was the main reason, but also I think when you’re making these smaller records that a limited amount of people may hear, it does reframe your thinking. Now that it’s done, I’m in the mode of “man, I hope people listen and like this.” I want to push it, I want it to be heard, but while you’re making it, you have to kind of get that out of your head. Make it more because you enjoy making it, rather than with an audience in mind.

When you can do that and hold that feeling, there’s joy in it. I was able to do that longer with this record than any before. I was able to make it my own little world and I was happy with it, and I think that’s a good honest place to be making a record.

JL: Do you feel it gives you the freedom to make what you want?

PMB: Yes, exactly, it gives you freedom. It’s uniquely this one person’s point of view, however weird it is. It’s my take on everything, music, the world, everything. I think maybe that makes it more universal, I don’t know. Making records now is such a disillusionsal thing. All this effort to then have to fight through everything, the algorithm or whatever, to be heard.

JL: We live in a weird time for music but art in general, everything is so disposable.

PMB: Yeah. In a very scary strange sense, I’ve learned a lot as a manager and record label owner, going into that world. Most people I run into in the music business, have no idea what it is to be an artist, and what they are doing to them, and that’s not to be precious about them, but the landscape doesn’t foster an environment of creativity anymore. Maybe it never did, but now it really doesn’t.

JL: There was an industry to get heard, avenues for music to be heard easier, now it’s hoping to get on a playlist to get wider exposure and there is just so much out there you can get caught up in the wave.

PMB: Yeah. What is it, 30,000 new records every month? That’s so hard to push through that noise. Something that scares me the most is it’s very hard to create subcultures because it’s so very top-down. Something has a billion streams or something has fifty thousand streams. There’s obviously an in-between, but that subculture that has that is much harder now to cultivate and build as a newer artist now than it was in the past. Finding like-minded people and creating that subculture is just harder now, and it’s important.

JL: We are just bludgeoned with so much content, no matter the art, so to make anything stand out I feel you need to love doing it, otherwise you get caught chasing an audience.

PMB: I agree. I think it has to be a joyful thing to create. I’m doing it because I found an in, where making music was fun again. That was enough to keep me going and I think I created a little world that I hope people enjoy. But I won’t let it break me if they don’t. You really can’t. It’s hard to have your heart on your sleeve like that. To get that invested you just end up in an emergency room in St. Louis with chest pain, I’m not doing that again. Hahahaha

JL: You worked with one of your old bandmates on Flowers, correct?

PMB: Yes, my friend Matt Barrick helped me produce the album. It started out with us sending stuff back and forth. Eventually, I came back to Philly to finish it at his studio Silent Partner, which was a blast. It’s really great to be collaborating with someone, which I hadn’t done a lot of as a solo artist.

JL: Your wife Marisa is even on the album singing correct?

PMB: Yes, she’s sung on all my albums. I know now everyone gets big guest stars and stuff, but I don’t know who I’d get, I like working with friends and family; it’s more intimate and fun. It’s mostly me and Matt, he’s playing the drums. But my wife and daughter Lola are on there as well.

JL: I know you’re managing a few younger bands as well, so do you think they have had an influence on you in making this new album?

PMB: Only in the sense of their energy. Some of them make up my live band and they bring a completely different energy to performing. I do these real folksy songs and with them, it’s like playing with a hardcore band behind me, hahaha. I love that. They also gave me these distortion pedals which I’ve never used. I normally just plugged the guitar into the amp and played. Now I get to add something to my music I didn’t have before, something I’ve done a million times has a new element and that definitely added something to it and it feels great.

JL: How would you best describe your new album Flowers?

PMB: It’s definitely not autobiographical. I don’t know why anyone would care, but I was trying to capture an energy, a force we all feel rising. A fear everyone has with everything changing. I was trying to process that with the songs, do that but also touch back to where it comes from. Like I grew up in a yoga cult, so all cult-like things interest me, and there’s so much of that in society now. That whole strangeness, I was trying to process it, that’s what the songs are about.

JL: I know you recently took your son to a bunch of metal shows in Vegas. Now that he’s older do you have crossovers in your musical taste?

JL: You mentioned making music became fun again and that’s why you made Flowers. Do you know why? Like, what triggered it to be fun again?

PMB: I think I just stopped thinking so much about it. Overanalyzing art ruins it, so to create you have to really get in an anti-analytic space. Just picking up the guitar and playing was fun again and singing was fun again. I just wasn’t in my head.

JL: Flowers came out September 23rd. Where can people listen?

PMB: You can go to fortunetellersmusic.com. The record is up there; we actually have a bunch of albums for sale up there that I’d love for people to check out. But yes you can purchase the vinyl from there or my Bandcamp and that comes with a special booklet and it’ll also be streaming everywhere on the 23rd.

JL: Where can people keep up with you?

PMB: My IG and Twitter are @petermathewbauer and the Bandcamp is the best way.

Peter Matthew Bauer’s Flowers is out now and can be streamed below; pick up limited edition vinyl at Bandcamp, and see Peter Matthew Bauer at Concourse Live on Sunday, October 9th with Cosmic Guilt for the Philly Music Festival industry kick-off party. Tickets and more information can be found at the WXPN Concerts and Events page.