It’s Going Up on a Tuesday: Sudan Archives at World Cafe Live  - WXPN 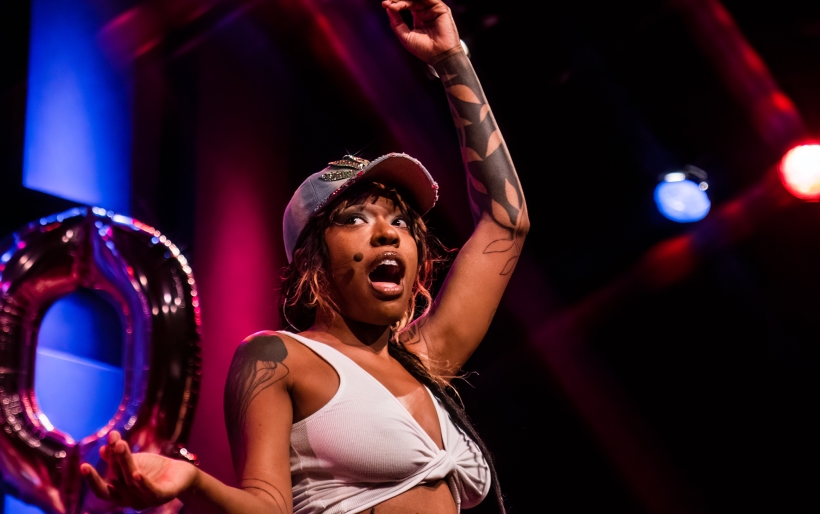 It’s Going Up on a Tuesday: Sudan Archives at World Cafe Live

Sudan Archives never went to prom, so she had one at World Cafe Live last night.

Touring in support of her recently released third album Natural Born Prom Queen, Sudan Archives made a Tuesday night stop in the city of brotherly love. As she strutted on stage in a tied-up t-shirt and mini skirt, the crowd roared with excitement. “Home Maker” blazed through the speakers as a packed house moved like waves to the driving beats. The stage adorned to look like a high school prom naturally fit the aesthetic for her new album; as she explained the look, she mentioned she never went to prom, so we were having one tonight.

Sudan not only is a talented singer, but an amazing violinist, and incorporates that into her performances. On the amazing “Nont For Sale” she picked up her instrument and dazzled the crowd with the ability to play, sing, and move so effortlessly. I came away only wanting to see more. The biggest highlight of the night had to be as she broke into “Freakalizer” and the very house-feeling beat moved the crowd as Sudan’s sultry voice serenaded us with some beautiful images. She danced, sang, and even crowned a prom queen with a sash, then hopped off stage to dance with the woman she crowned in the center of the dance floor, in a complete prom moment. She followed that with “NBPQ (Topless)” and the energy in the building was through the roof.

It’s seldom you feel a Tuesday night is made for a party but Sudan Archives sure made sure we left feeling like an early weeknight was a Saturday night. An overall amazing performer, do not miss her when she comes back around. Amazing night!