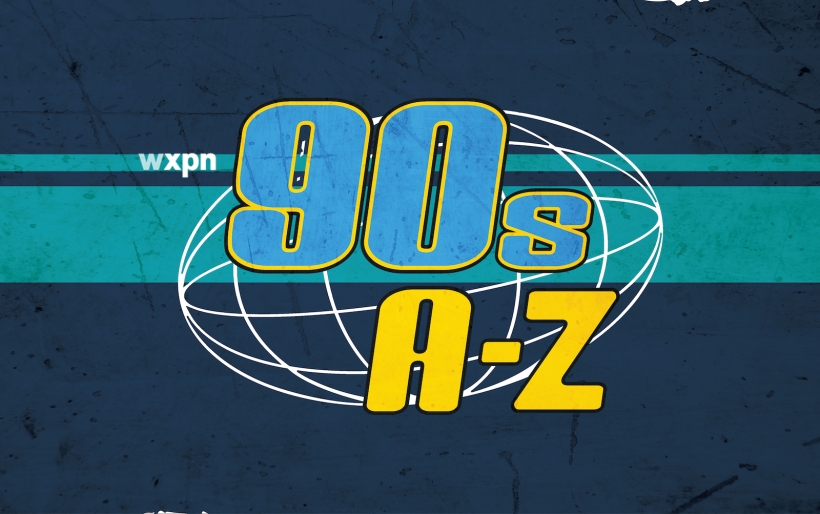 Buckle up for a wild ride through an adventurous and eclectic decade!

This fall, we’re taking the WXPN community on a musical journey through the advent of the alternative era and a heyday for singer-songwriters. Through the quirky world of modern rock, the frenetic frenzy of electronica, and the golden age of hip-hop and R&B.

We’re so excited to bring you WXPN’S 90s A – Z, a week-plus listening event showcasing an array of music from an adventurous and eclectic decade, presented alphabetically by song title. Beginning at 6 a.m. on December 1st, and ending some time the following week, the 90s A – Z will play the hits, the deep cuts, the one-hit wonders and forgotten favorites from the 1990s, across a spectrum of genres.

There are so many ways to define 90s music: in the decade itself, for example, WXPN was ground zero for the thriving singer-songwriter scene: Ben Folds and the BoDeans, Dar Williams and Duncan Shiek. You’ll hear many of those artists on the 90s A – Z, but you’ll also hear artists and songs from the 90s that WXPN has embraced in its music mix in the three decades since —No Doubt to Neutral Milk Hotel to Naughty By Nature and beyond. Think of it as a musical tour through the breadth of the 90s, through the lens of WXPN.

We’ll also present a series of events and special programming features between now and the start of the A – Z to get you excited. On November 22nd beginning at 7 p.m., XPN Morning Show host and 90s at 9 curator Kristen Kurtis will join What’s The Frequency host John Vettese for a 90s dance party at World Cafe Live. The event is free to the public but you must RSVP in advance. There will also be on-air specials and features to set the mood in the month of November — stay tuned for more on those! And get psyched for a week of fun on WXPN’s 90s A – Z.