Catching up with GoGo Morrow - WXPN 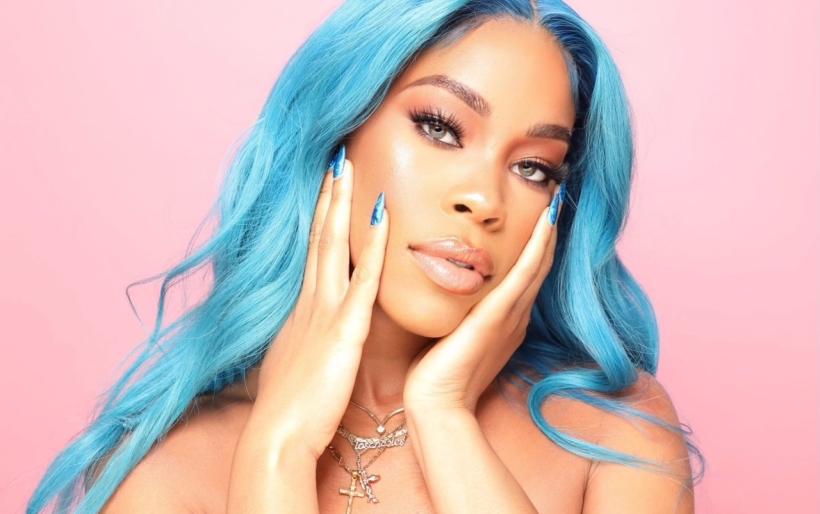 Catching up with GoGo Morrow

From singing background for Lady Gaga to signing to Interscope and performing at The BET Awards, Philly singer GoGo Morrow is ready to shine.

GoGo Morrow was one of the first artists I covered when I started out as an intern for WXPN in 2014. Before moving out to Los Angeles, the singer/songwriter/dancer was making a name for herself in her hometown of Philadelphia. Back in the day when you could catch local artists like Chill Moody, Beano French, and Cody Khamar performing at The Blockley while probably wearing some form of Kings/Queens Rule Together, Natural Born Heatbreakers or Milano Di Rouge attire, a young GoGo decided to stop background singing and dancing for Lady Gaga and to focus on her own career.

She started to earn her stripes by creating her own shows, opening for Marsha Ambrosius at the TLA, touring alongside Brandy, Lauryn Hill, and Common and performing at major city events such as the 4th of July Welcome America Festival on the Parkway and the Roots Picnic. Yet with all the love GoGo was receiving from Philly, she started to feel like there was a level of success that was limited to being in the city. While GoGo was unsure what direction she should go for her career, fate along with some friends directed her to producer Harmony Samuels.

Harmony heard how talented GoGo was through mutual friends and DM’d her to fly to Los Angeles to record music. After that she decided to stay out west, and though there have been many trials and tribulations throughout her four-year journey, it seems as if the fruits of her labor are starting to look ripe. The work she’s put along with a mustard seed size of faith has allowed her to allow GoGo record her new project which includes singles “In The Way” and “I.O.U.,” to be a part of Kanye West’s Sunday Service choir, to sign a record deal with Interscope and perform at this year’s BET Awards. As she prepares to release her new single “With You” featuring hip hop artist Symba, I was able to speak to GoGo Morrow about a variety of topics like the influence of Brandy and Kill Bill Vol. 1 in her early days, moving to Los Angeles to further her music career, signing to Interscope and her opinion on the state of R&B.