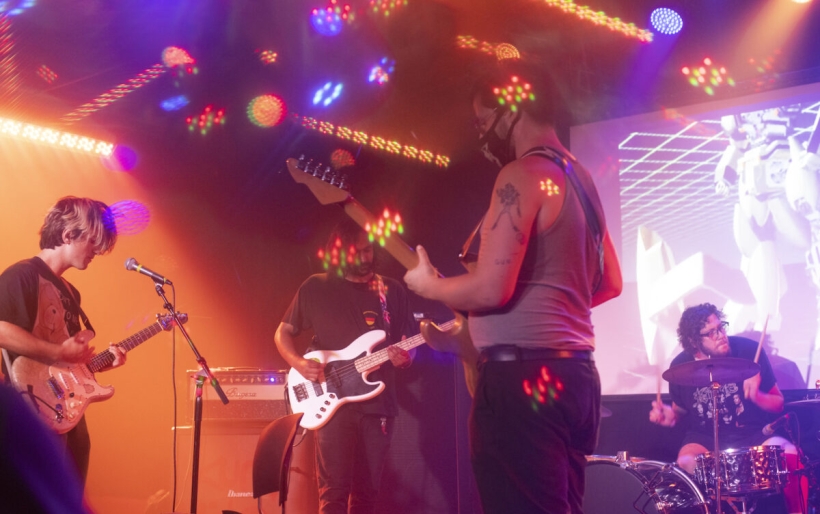 They Are Gutting A Body Of Water | photo by Julia Lieby | @julia.leiby | courtesy of the artist

At the front of the pack of Philly shoegazers is They Are Gutting A Body of Water, more commonly referred to as TAGABOW. The cult favorites and regulars of local independent promoter 4333 Collective come from the new school of disillusionment in music. Their new record lucky styles, which came out on Bandcamp Wednesday, channels tension, angst, and an overwhelming sensitivity to life through many a distortion pedal.

Cutting through all the Y2K nostalgic imagery, TAGABOW’s message is timeless. The four-piece group expresses genuine rebelliousness, both in the lyrics like “giving them nothing away / dollars on the ground / spin your body round” and in the music, which sounds more computer than man. The figure on the record’s cover artwork, whose face got lost in motion blur, looks like he’s experiencing that gut-punching, existential thought upon settling into his first office job, “is this it?” lucky styles is TAGABOW’s contribution to the lasting legacy of noisy music by trend setters My Bloody Valentine and more recently Alex G.

They Are Gutting A Body of Water is coming back to Philly on November 29th as part of lucky styles’ release tour. They’re joined by Modern Color, Soft Blue Shimmer, and Mofie at the PhilaMOCA show. Tickets are available at the WXPN Concerts and Events page.