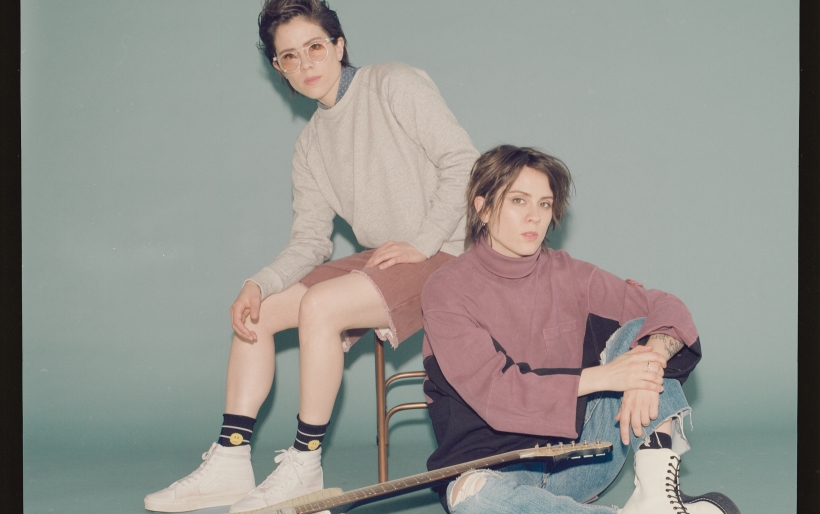 Tegan and Sara | photo by Trevor Brady, courtesy of the artist

Beyond the pop juggernauts, dive into this week’s assortment of newly released albums…

It’s no secret that two of the world’s biggest pop vocalists have new albums out this week. Once you give TS and CRJ their due, have a listen to some (or all) of these records that arrive this week: Following the release of their memoir, and the subsequent adaptation of said memoir into a new streaming series, Tegan and Sara‘s tenth album Crybaby sees the long-running sister duo continue their streak of thrilling, personal pop. If you’re expecting Arctic Monkeys to make a return to their ragged roots on The Car, think again: orchestral swells and dramatic melodies make for a theatrical listening experience.

On their first album in nearly a quarter century, North Carolina indie legends Archers of Loaf make up for lost time on their confident and eclectic fifth LP, Reason in Decline. Led by writer/monologist Florence Shaw, South London’s Dry Cleaning draw inspiration from grief, long-distance friendships, and a tortoise named Gary on their second full-length, Stumpwork.

After a five year break (a relative eternity for the prolific musician), Robyn Hitchcock returns with the self-described “proper pop album” Shufflemania!. New York beat craftsman Nick Hakim experiments with weaving his voice into the atmospheric textures of his third solo album, Cometa. Murky shoegaze and organic noise make Animal Drowning, the second full-length from Philly combo Knifeplay, an unpredictable and exciting listen. To celebrate the 25th anniversary of Sleater-Kinney‘s landmark Dig Me Out, Corin and Carrie recruit friends and fans like Courtney Barnett, Wilco, and St. Vincent to recreate the album’s iconic tracks.

PRESS PLAY on these new releases below. Listen for spotlights on new records like these (and more) every Friday on the XPN Morning Show and Indie Rock Hit Parade.

Arctic Monkeys – The Car
CHECK OUT: “There’d Better Be a Mirrorball” “I Ain’t Quite Where I Think I Am”

Archers of Loaf – Reason in Decline
CHECK OUT: “In the Surface Noise” “Aimee”

Various Artists – Dig Me In: A Dig Me Out Covers Album
CHECK OUT: Courtney Barnett – “Words and Guitar” Margo Price – “Turn it On”