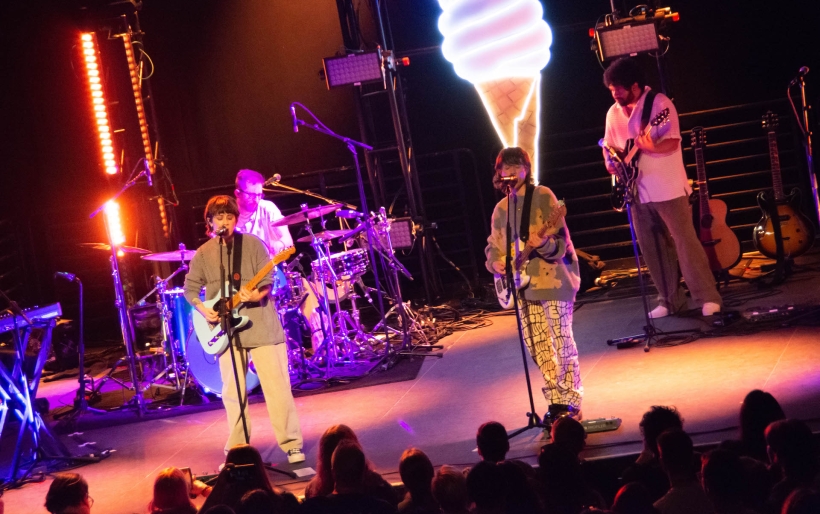 “I didn’t think I’d start the show talking about how old I am,” Sara Quin told Union Transfer this week. After all, said the co-songwriter in Tegan And Sara, she and and her twin are 42; their great aunt is 92 and thriving. All the same, jokes about foggy memories and sore knees were peppered throughout their tour kickoff in Philly this week: their first performance since a pre-pandemic acoustic duo tour in 2019, and their first full-band set since 2017.

Despite whatever cobwebs they felt needed shaking off, to the full house of super fans, the Quins sounded stellar, as did the music of their newly-released ninth LP, Crybaby. It finds Tegan and Sara informed by the contemporary pop landscape — you could hear it in the staccato eight note phrasing and emphatic instrumental drops of “Fucking What Matters,” but by the time the chorus kicked in, the atmosphere and attitude is them thorough and through. The new “Smoking Weed Alone” is a great anthem too, and later-catalog stuff like “Boyfriend” from 2016’s Love You To Death mixed remarkably well with it; that poppy anthem finds Sara wrestling with deep connection that’s held at a distance (“you treat me like a boyfriend and trust me like a very best friend”), concluding “I don’t wanna be your secret anymore.”

They also used the show to talk to their other new project, High School, the TV series streaming on Amazon and based on their memoir of the same name. Sara talked about it as a story that was absent from pop culture in her own adolescence: “In 1995 there was no queer representation on television, except maybe Ricky from My So Called Life.” They urged fans not only to spend time at their merch table, as most touring artists do, but to go home and stream their series because “this is the kind of show that needs an audience” to get to season two. 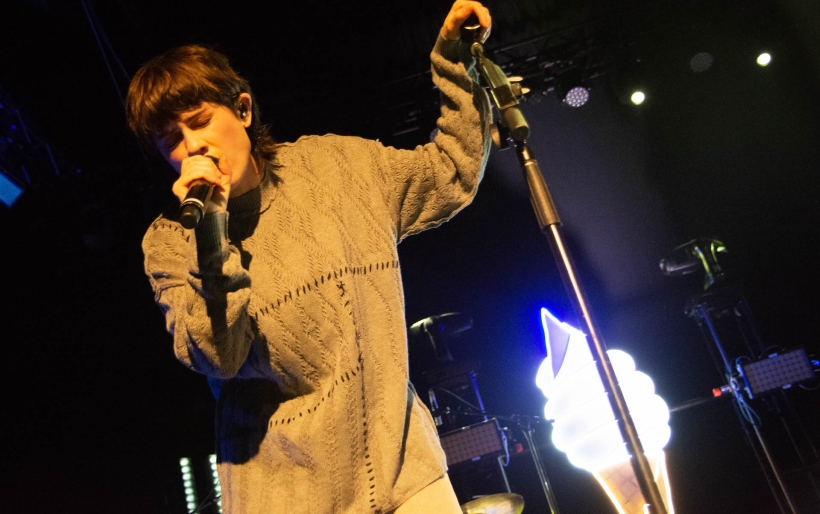 Of the vast assortment of back-catalog favorites on display, Tegan and Sara took one of two approaches: some were by-the-book, true-to-record: the rocker “I Bet It Stung” from So Jealous, the bop “Back In Your Head” from The Con, and a sensational “On Directing” from Sainthood. Others experienced stirring reinventions with backing assistance from multi-instrumentalist Isaac “Izzy Fontaine” Bolivar and drummer Adam Christgau, gigging on his 40th birthday.

“Living Room” from The Business Of Art was dressed up stunningly in vibey synthesizers instead of acoustic guitar and banjo; the raw rocker “Nineteen” was slowed down to a midtempo pop burner. Even the more recent “Closer” from Heartthrob, a big step in the Quin’s transition from rock to pop, was augmented with a more contemporary trap beat. While I wouldn’t call any of these re-versions superior to the originals, they are unique spins, cool and complimentary, and it clearly kept them fresh and exciting for Tegan and Sara — and that seems to be the point.

“When we were off these past couple years, we were not sure if we were going to make another record,” Tegan said as the night wound down. They owed their label another album, she explained; part of them hoped they’d be let off the hook. But at end, what they wanted to do is make something themselves that brought them joy, and that’s what became Crybaby.

“One of the big things we wanted was to do was make a record we want to play live,” Tegan said, “It’s been such a long time since I’ve had fun onstage.” But from their jumps to their big smiles and familial banter with one another — and with their fans — that clearly changed in Philly this week.

Check out a gallery of photos from the show below, beginning with the opening set by tourmate Tomberlin, whose terrific i don’t know who needs to hear this is out now on Saddle Creek. Tegan and Sara’s tour continues with gigs at the 9:30 Club in Washington D.C., The Danforth Music Club in Toronto and more; check the full run of Crybaby dates here.